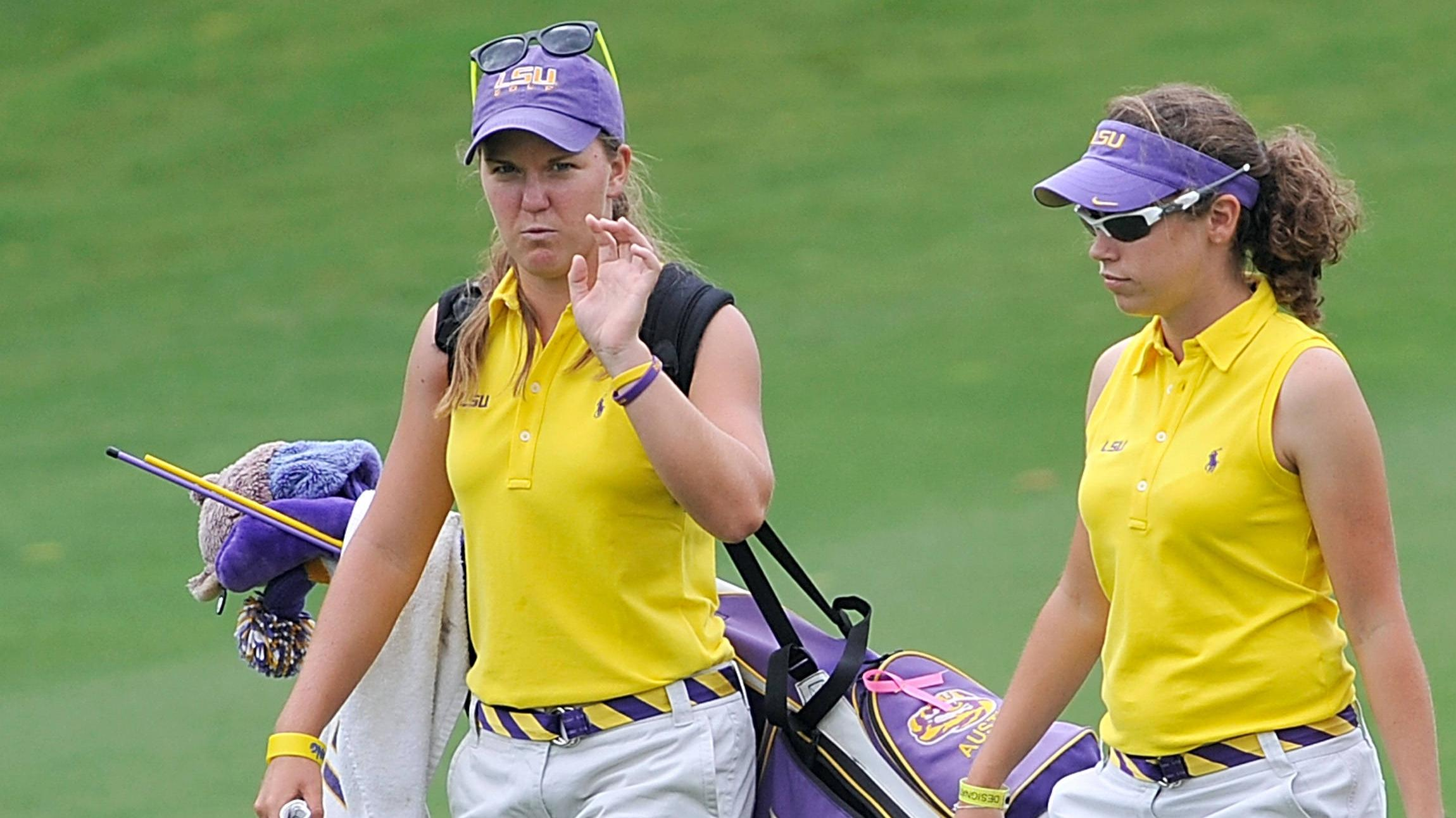 ERIE, Colo. – The LSU women’s golf team, ranked seventh in the latest Golfstat rankings and eighth in the final NGCA Coaches poll, begins its quest for the NCAA D1 Women’s Championships when it tees off here Wednesday morning in the NCAA West Regional at the Colorado National Golf Club.

The Lady Tigers are one of 24 teams at the West Regional and must finish the 54-hole event in the top eight teams to advance to the Championships at the Legends Club of Vanderbilt at Franklin, Tenn., May 22-25. Two other regionals held simultaneously at State College, Pa., and Columbus, Ohio, will also advance eight teams each to the Championship round.

LSU will be trying to advance to the championships for the third time in the last four years and for the 10th time since 1996, Last year, LSU finished second in the regional, behind UCLA and this year the Bruins and Lady Tigers are seeded first and second in this West Regional.

UCLA and LSU will be paired with third-seed North Carolina in one of the feature pairings of the first two rounds. The top 12 seeds will play in the morning waves and in the late afternoon waves on Friday before the field is repaired for the final round on Saturday. The UCLA, LSU, UNC wave begins on Thursday at 9:36 a.m. CDT off the first tee.

The Lady Tigers and the teams got to see the course on Wednesday during a practice round over the par 72 layout that will play to 6,575 yards and Coach Karen Bahnsen saw a layout that she thought her Lady Tigers could score on.

“It is really beautiful,” said Bahnsen, who takes her 18th team to the NCAA Regionals in the 20 years of NCAA regional play. “While it is open, you have to play smart. There are a lot of undulations on the greens so you can’t get too greedy in some spots. I like the course. We hope to go out (Thursday) and shoot a good round. The weather is expected to be good.”

Thursday’s high is expected to be in the low 80s, while Friday and Saturday there is a 40 percent chance of rain with highs only in the 50s.

The Lady Tigers, like most of the league, struggled in the conference championships on a very difficult course but Bahnsen feels like her team has rebounded well for a tournament.

“You have to put it behind you and move forward,” said Bahnsen. “Their heads are in the right place. They had to get their exams behind them in a short time. It was tough on them, but they came out (Wednesday) and played well and worked hard in the practice round.”

Live scoring for the Regional can be found at LSUsports.net through Golfstat.com and updates throughout the day will be available on Facebook at www.facebook.com/womensgolf and on Twitter @LSUwomensgolf.