Softball Tangles with No. 7 Florida in SEC's 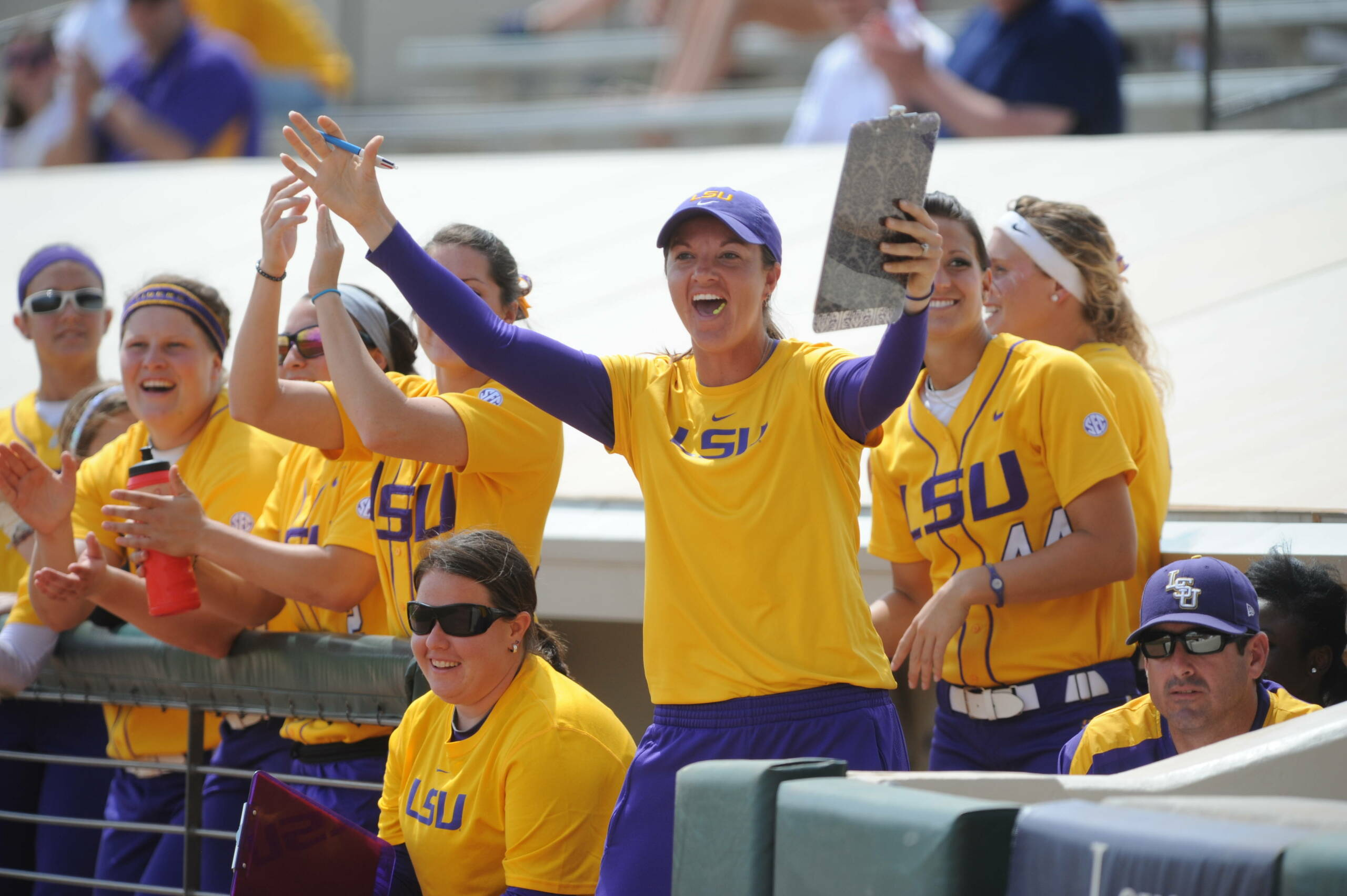 TUSCALOOSA, Ala. – The LSU softball team faces off with No. 7 Florida Thursday in the quarterfinal round of the SEC Tournament at Rhoads Stadium on the University of Alabama campus. First pitch is scheduled for 11 a.m. and will be televised by ESPNU with Cara Capuano and Michele Smith anchoring the coverage.

“It was a tough weekend, and we faced a Kentucky team that is playing really well with a lot of things to play for,” head coach Beth Torina said. “Our team can bounce back from it. We have done a good job of responding when we have had issues like that throughout the season. Hopefully, we will have a good response when we play Florida.”

The Gators are led by Michelle Moultrie, an All-SEC First-Team pick and the SEC’s Offensive Player of the Year. She has tallied a .395 batting average, 10 home runs and 29 RBIs from the leadoff spot. Lauren Haeger and Kelsey Horton also have contributed 11 dingers apiece to go along with 47 and 40 RBIs, respectively.

Hannah Rogers, an All-SEC Second-Team selection, has compiled a 26-6 record and 1.26 ERA in the circle. She has racked up 180 strikeouts to rank sixth in the SEC rankings.

“I think we did a good job when we played Florida during the regular season, Torina said. “Of course, they played for the SEC championship on Sunday. Florida is no easy match-up, but I do not know what match-up in the conference would have been an easy match up. We just have to show up and play Tiger softball.”

Ashley Langoni is LSU’s triple crown leader with a .281 hitting clip, six home runs and 29 RBIs. She is ranked among LSU’s Top 7 in career homers and RBIs. The Pueblo, Colo., native has collected a team-leading 42 walks and scored a team-high 32 runs.

Allison Falcon and Juliana Santos have played a key role from the middle of the infield of LSU’s defense ability to register an errorless game in 15 of its last 26 outings since March 23.

Santos has ripped off four of five multi-hit efforts and tallied 11 of her 21 RBIs during SEC action, while Falcon has notched 18 RBIs to rank third on the team.

A.J. Andrews picked up All-SEC Freshman-Team status after hitting safely in 15 of 25 SEC contests as LSU’s leadoff hitter. She also has totaled nine of her team-high 13 stolen bases.

Rachele Fico and Brittany Mack have received only 19 total runs of support during the duo’s combined 20 losses on the season.

Fico, an All-SEC Second-Team honoree, is 16-11 with a blistering 0.99 ERA, the third-lowest clip in the nation. Her .182 batting average and 190 strikeouts are ranked fourth and fifth, respectively, among the SEC leaders.

Mack became LSU softball’s first SEC Scholar-Athlete of the Year recipient. She worked her way to a 14-10 mark and her most impressive performance of the season came during a four-hit shutout fueled by eight strikeouts at Florida.