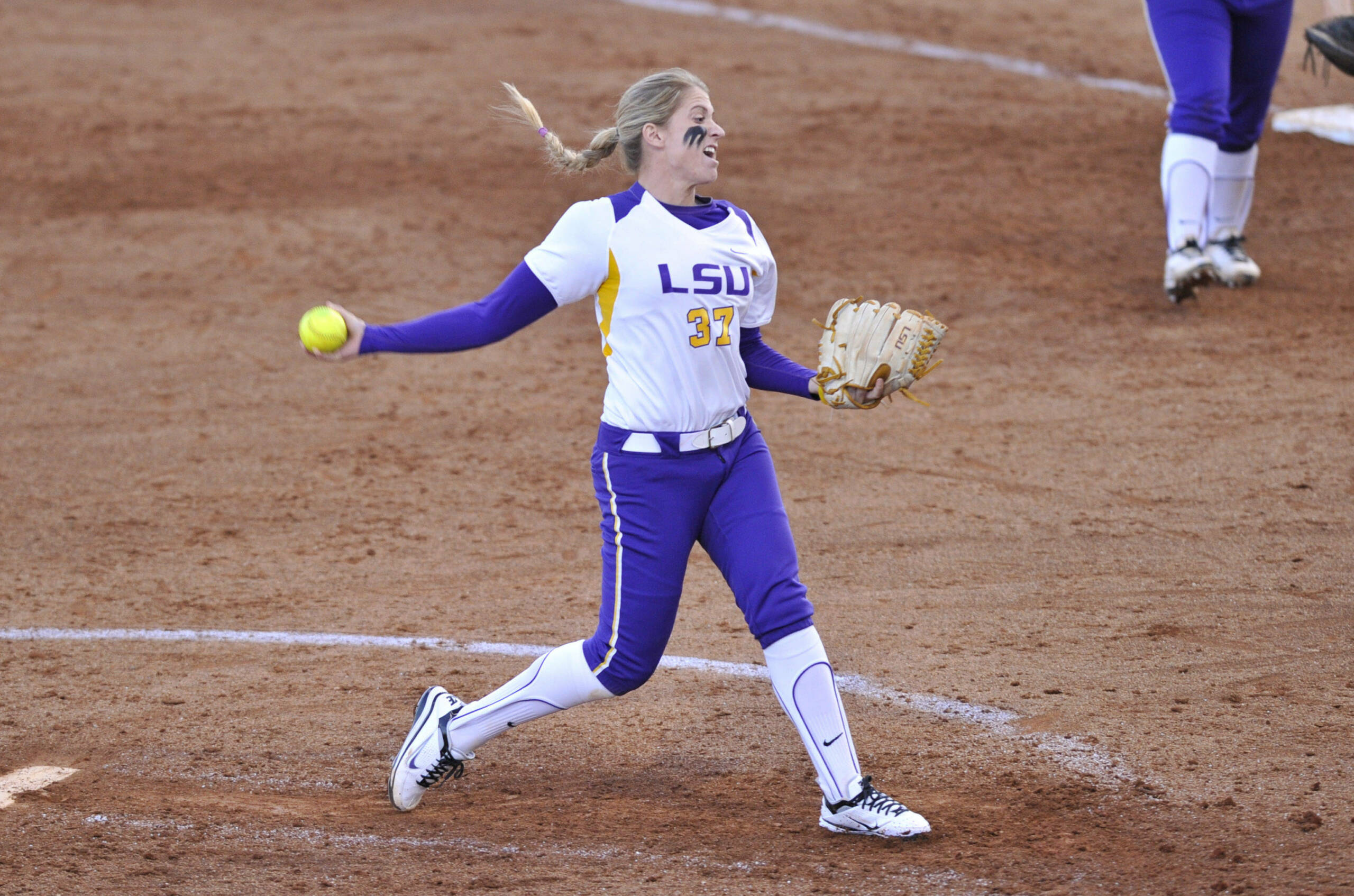 BIRMINGHAM, Ala. – A.J. Andrews, Rachele Fico and Ashley Langoni represented the LSU softball program on the All-SEC squads, while Brittany Mack shared the SEC Scholar-Athlete of the Year award Wednesday as announced by the league office.

Fico returned to the All-SEC Second Team where she garnered those same accolades during the 2010 season. Andrews extended LSU’s run to four consecutive seasons with an All-SEC Freshman selection, and Langoni became the fifth Tiger to secure All-SEC Defense Team honors since the team was introduced in 2010. Mack’s SEC Scholar-Athlete of the Year award is the program’s first.

“It’s a big honor to have four of our players recognized by the league,” head coach Beth Torina said. “The SEC is such a strong conference, and there are so many talented players in the league. There is so much competition for these awards. We are so excited for our players to be recognized, and I feel they are truly deserving of these honors.”

One of the most decorated pitchers in LSU history, Mack has made just as much of an impact off the field. She was a Lowe’s Senior Class Award finalist and LSU’s nomination for the H. Boyd McWhorter Scholar-Athlete Post-Graduate Scholarship. Mack created and championed the “Geaux Play” program where over 400 sporting good items were collected for the special needs children of the Miracle League in Baton Rouge. The Miracle League kids were her special VIP guests at the Ole Miss game on April 22.

Fico ranked among the SEC’s Top 5 with nine victories, a 1.26 ERA, 122 strikeouts and a .182 opponent batting average. She held the opposition to two earned runs or less in 15 of her 17 SEC starts sparked by five shutouts. The junior right-hander was one of four pitchers to defeat No. 2 Alabama at home where she recorded nine strikeouts and limited the high-octane Crimson Tide offense to four hits. She racked up a season’s best 13 Ks to eclipse 500 career strikeouts in a 1-0 setback versus No. 12 Georgia.

Andrews turned in a .257 batting average [19-for-74] serving as LSU’s leadoff hitter and starting centerfielder during SEC action. She collected hits in 15 of her 25 league outings, including both games at No. 2 Florida. The Oldsmar, Fla., product notched hits during two of three games in six of LSU’s weekend series, including No. 2 Alabama and No. 10 Tennessee. Andrews also collected nine of her team-leading 13 stolen bases in SEC play.

Langoni was LSU’s triple crown leader with a .261 batting average, three home runs and 13 RBIs in conference games. Her 24 walks also were second-highest in the SEC rankings. She committed only one error, tallied multiple “Web Gem” catches and added three assists from her left field post.

LSU squares off with No. 7 Florida Thursday in the SEC Tournament Quarterfinals. First pitch is slated for 11 a.m. at Rhoads Stadium on the University of Alabama campus. The game will be televised by ESPNU with Cara Capuano and Michele Smith anchoring the coverage.

Every LSU postseason game will have live audio and live stats available inside the Geaux Zone on LSUsports.net. The games also will be carried live on Country Legends 104.9 FM in the Baton Rouge area with Patrick Wright and Matt Dunaway set to call the action.
Fans can follow every pitch of LSU softball this season via live in-game updates on LSU softball’s social media outlets at www.Facebook.com/lsusoftball and @lsu_softball on Twitter.