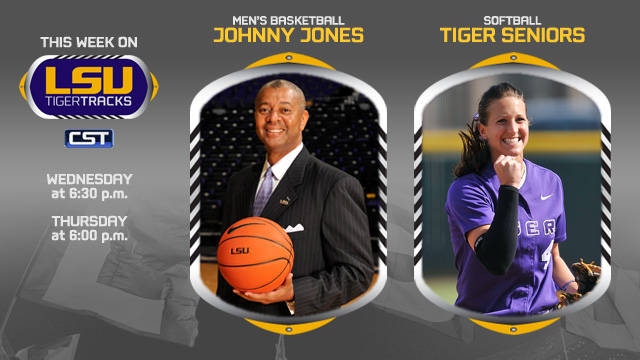 BATON ROUGE, La. – This week’s edition of LSU Tiger Tracks, a program highlighting various aspects of the university and its athletic department, can be seen at 6:30 p.m. Wednesday and 6 p.m. Thursday on Cox Sports Television.

LSU Tiger Tracks features an in-depth interview with new men’s basketball coach Johnny Jones, who has been very active over the past few weeks in signing recruits and assembling a coaching staff.

The show continues with a profile of the senior players on the 2012 LSU softball squad, as the Tigers prepare for this week’s SEC Tournament in Tuscaloosa, Ala.

LSU Tiger Tracks concludes with a preview of this weekend’s baseball series in Alex Box Stadium, as the third-ranked Tigers – tied for first place in the SEC standings – face the Vanderbilt Commodores.