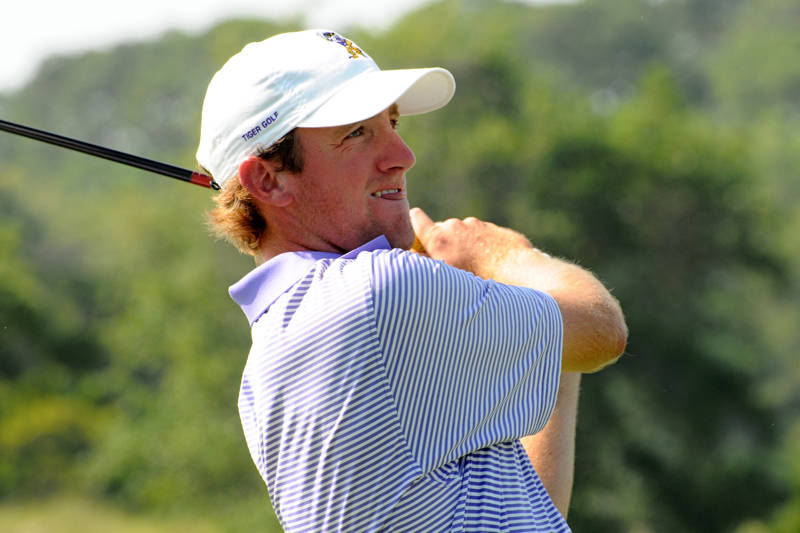 BATON ROUGE – The No. 23-ranked LSU men’s golf team has earned a spot in NCAA Regional play for the fifth-straight season as its road to the 2012 NCAA Division I Men’s Golf Championships will now go through Palo Alto, Calif., as the Tigers were selected as the No. 5 seed in the Stanford Regional that is set to run May 17-19 at the challenging Stanford Golf Course.

The teams in the 13-team field at the Stanford Regional will be competing for one of five qualifying spots into the 2012 NCAA Division I Men’s Golf Championships that will be held on May 29-June 3 at Riviera Golf Club in Pacific Palisades, Calif., and hosted by the University of Southern California.

While the Tigers have earned the No. 5 seed at the Stanford Regional, they will be joined by a strong field that includes No. 1 seed California, No. 2 seed Stanford, No. 3 seed San Diego State and No. 4 seed Central Florida. Also in the field are No. 6 UAB, No. 7 Wichita State, No. 8 Tennessee, No. 9 Oregon State, No. 10 Southeastern Louisiana, No. 11 San Francisco, No. 12 San Jose State and No. 13 UC-Davis.

This marks the fourth-straight season in which the NCAA will have six regional tournaments to determine its 30-team field that will tee off at the NCAA Championships. A total of 81 teams have been selected for NCAA Regional play this season with as many as 14 teams competing in each regional.

The top five teams at each regional site will earn the right to tee it up in the 2012 NCAA Division I Men’s Golf Championships being held at Riviera Golf Club in Pacific Palisades, Calif., on May 29-June 3.

The Tigers have enjoyed a tremendous 2011-12 campaign in which they have won three tournament titles for the fourth-straight season. They have captured three team championships in their last five appearances this spring with team titles at the Louisiana Classics (March 5-6), Argent Financial Classic (March 11-13) and LSU National Invitational (March 31-April 1) to wrap up the regular season.