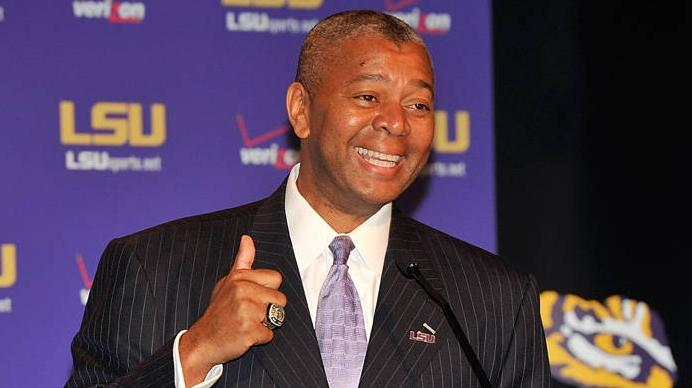 BATON ROUGE – LSU men’s basketball coach Johnny Jones welcomed his third signee of the spring signing period and the fourth overall for the Tiger class of 2012-13 Monday when the LSU Athletics Department announced that it had received and approved national letter of intent papers from Calvin Godfrey of Howard College in Big Spring, Texas.

Godfrey, a 6-8, 230-pound forward from Chrystal, Minn., played at Howard his sophomore season after beginning his career at Iowa State University. Godfrey will have two years of eligibility for the Tigers starting this coming season.

“We are very excited about the signing of Calvin Godfrey,” said Coach Jones. “He will fill a much needed void on our team with the graduation of three of our post players last year. Calvin is very good at defending and rebounding plus he has the ability to score around the basket. He comes from a great program at Howard College and we look forward to him joining us and helping us develop our program here at LSU.”

Godfrey averaged 12.6 points and 7.0 rebounds for Howard in 31 games, as the team recorded a 23-8 overall record. He also made 62 percent of his field goal attempts, had 1.3 steals a game and averaged right at one block a contest.

He averaged 5.7 points and 5.4 rebounds for the Cyclones. He finished his prep career at Cooper High in Robbinsdale, Minn., where he averaged 18.6 points and 10.7 rebounds a game.

Godfrey joins teammate Shavon Coleman, who also played at Howard College, and Shane Hammink (the son of former All-SEC center Geert Hammink) as future LSU players who signed during the spring signing period. Malik Morgan of John Curtis signed with the Tigers during the early signing period in November 2011.