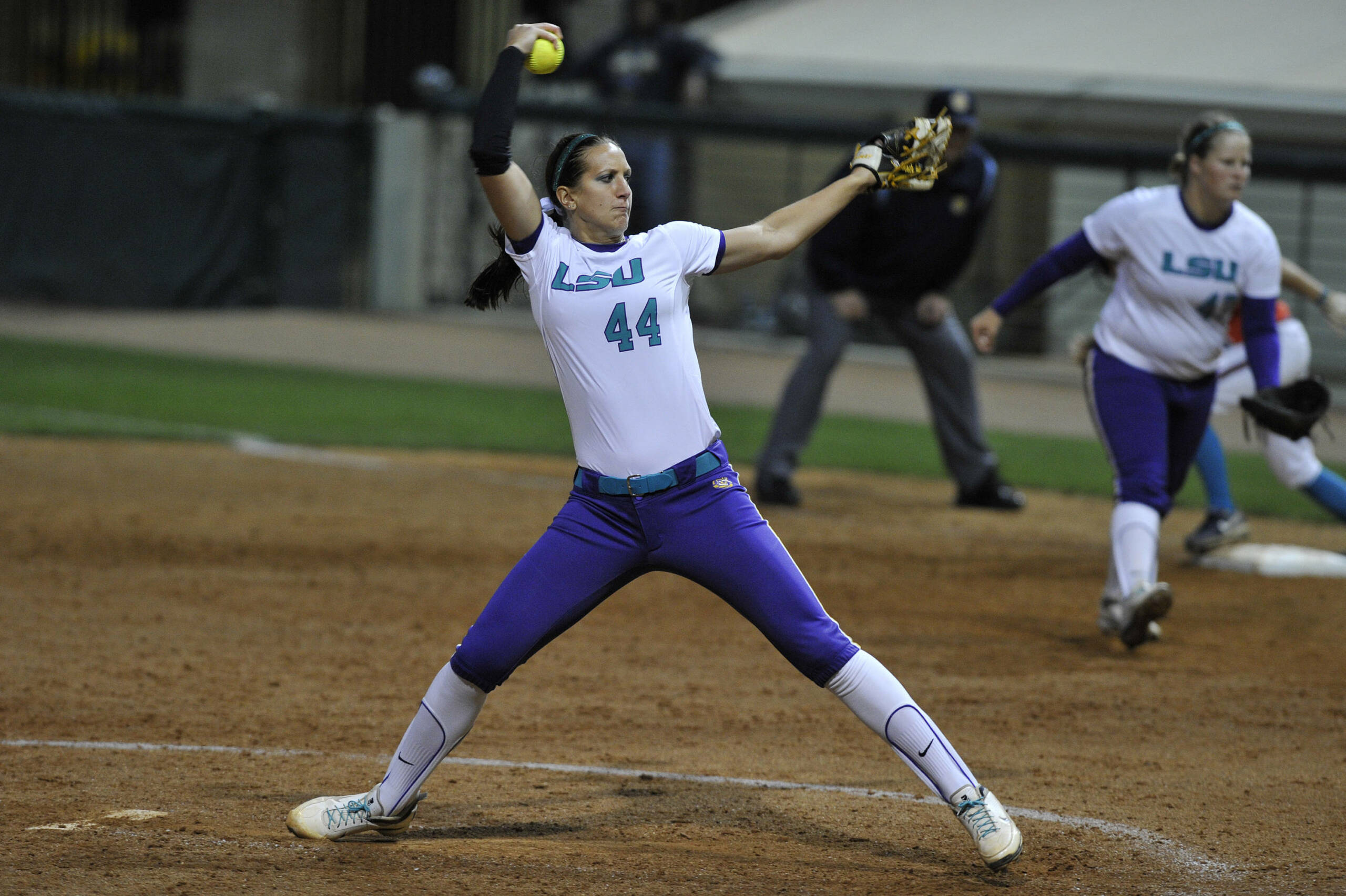 Mack created and championed the “Geaux Play” program where over 400 sporting goods items were collected at LSU softball home games for the special needs children of the Miracle League in Baton Rouge. The Miracle League kids were Brittany’s special VIP guests as part of “Geaux Play” day at the park during the Ole Miss finale on April 22. Afterwards, the special needs children joined the Tigers on the field for a game.

Mack also has been involved with Thanksgiving with the Tigers, where her team adopted an underprivileged child for the holidays. The Tigers provided gifts at a special program, while also serving a Thanksgiving style meal.

Mack has been a mainstay at Our Lady of the Lake Children’s Hospital Visits where her team went room-to-room visiting hospital patients and their families to cheer them up with autographed posters.

On the field, Mack is one of 13 All-Americans in program history after she collected All-SEC and NFCA All South Region First-Team accolades in 2011. The senior right-hander has won four SEC Pitcher of the Week awards, most recently on March 26 of this season where she became the sixth pitcher in program history to reach 50 career victories.

LSU meets No. 6 Florida Thursday in the SEC Tournament Quarterfinals. First pitch is slated for 11 a.m. at Rhoads Stadium on the University of Alabama campus. The game will be televised by ESPN U with Cara Capuano and Michele Smith anchoring the coverage.