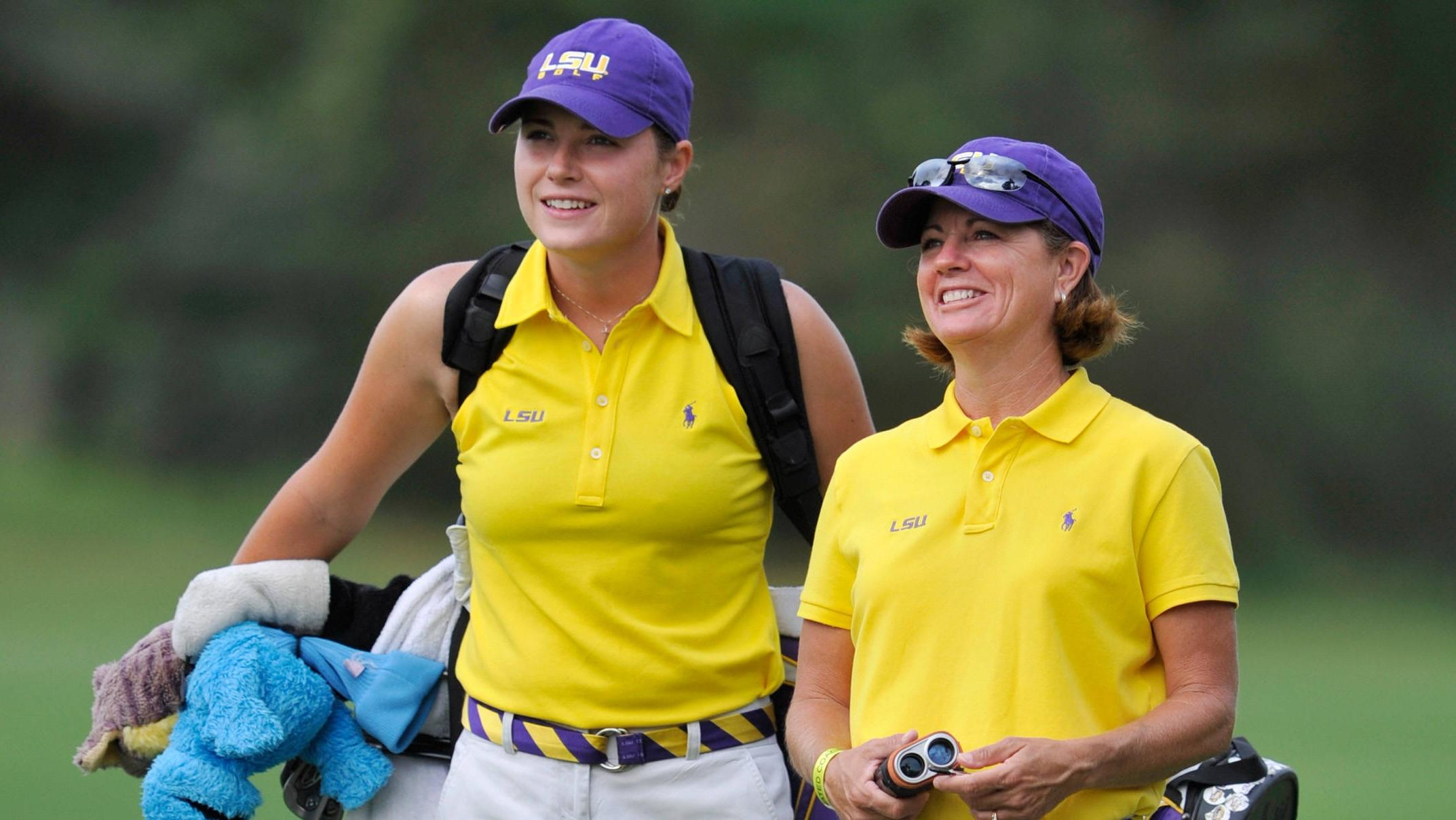 Sagstrom was also named to the All-SEC Freshman team as selected by the league coaches.

The three players are right together in stroke average for the sixth-ranked Lady Tigers as they head to Erie, Colo., for the 2012 NCAA West Regional at the Colorado National Golf Club.

Sagstrom, the Swedish freshman, who finished fourth in the extremely difficult conditions the SEC Championships were played in last month in Fayetteville, has three top five finishes and a 73.5 stroke average.

Teachman, a senior from Baton Rouge, has dropped almost two shots off her stroke average from a year ago and has two top fives en route to a 73.6 stroke average.

Ernst, who has an individual win this year and is the defending NCAA champion, enters the NCAA Regional with a 73.8 average.

Ernst and Teachman are making their second appearance on the all-SEC squad with Teachman also earning SEC second team honors in 2010. Ernst was a first-team selection as a freshman and member of the All-SEC Freshman team in 2011.

The Tigers leave for Colorado on Tuesday afternoon, play a practice round and then begin the 54-hole event on Thursday. The top eight teams from there and the other two NCAA women’s regionals will advance to the D1 National Championships in Franklin, Tenn., May 22-25.

The complete SEC women’s golf awards are listed below: