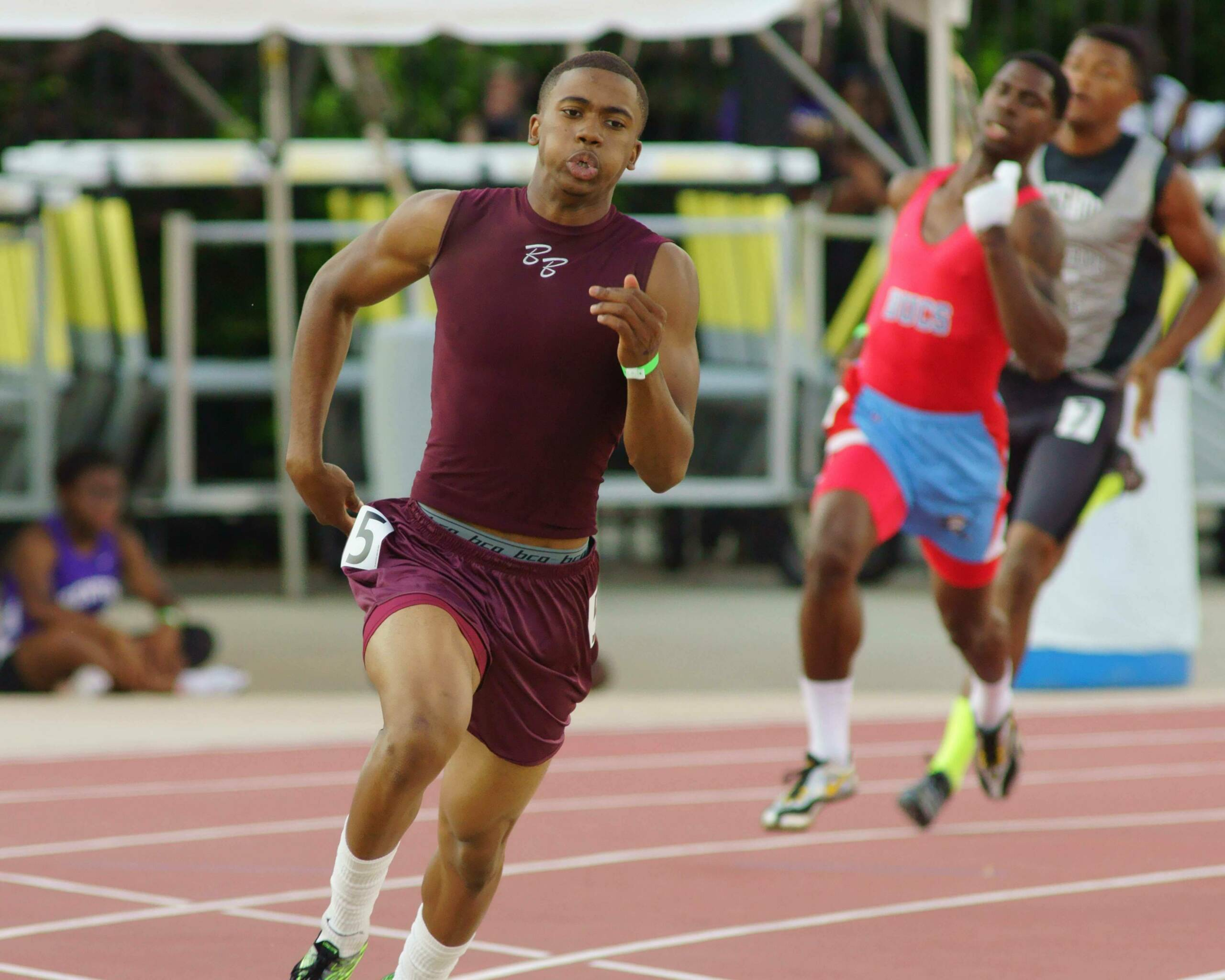 BATON ROUGE – Highlighted by meet-record performances by standouts Kavahra Holmes of Breaux Bridge and Joshua Lamers of Shreveport, LSU’s Class of 2012 made its presence felt over the weekend at the 2012 Louisiana High School Athletics Association State Outdoor Track & Field Championships held at the Bernie Moore Track Stadium on the LSU campus.

Five future Tigers and Lady Tigers captured individual state titles during the three days of action in Baton Rouge in the final appearance at the LHSAA State Championships of their prep careers.

Holmes lived up to his reputation as one of the nation’s elite 400-meter sprinters in the Class of 2012 after shattering his own LHSAA Class 4A meet record with a seasonal-best time of 46.18 seconds in defending his state crown in the event. While eclipsing his previous meet record of 46.31 set a year ago, Holmes ran the No. 2-ranked 400-meter time by a high school sprinter in the United States for the 2012 season.

Not only that, but Holmes anchored Breaux Bridge High School to a pair of relay wins on Saturday with a victory in both the 4×200-meter relay and 4×400-meter relay to lead the Tigers to their second-straight Class 4A team championship with a dominating 62-41 win over runner-up Karr High School.

With his effort, Holmes was recognized as the Most Outstanding Athlete of the Meet for Class 4A as he is making a strong case for a second Louisiana Gatorade Boy’s Track & Field Athlete of the Year award.

Lamers set a new LHSAA State Outdoor Track & Field Championships meet record of his own as he won his second-straight Class 2A state title in the 110-meter hurdles after running a wind-legal personal record of 13.86 in Thursday’s state final. That shattered his previous PR of 14.03 in the event that was set during the preliminary round at the 85th Clyde Littlefield Texas Relays earlier this year.

While running the No. 8-ranked wind-legal time by a prep hurdler in the United States in the 2012 season, Lamers broke a longstanding 23-year-old LHSAA Class 2A state meet record of 13.87 that was last set by Grady Labbe of Teurlings Catholic High School during the 1989 season.

Lamers helped lead Calvary Baptist Academy to a third-place finish with 59 points in Class 2A, as he also ran the second leg on the state championship 4×200-meter relay team and took home the bronze medal for the 300-meter hurdles after setting a new personal best of 38.98 in the state final.

This marks the second time in 2012 that Lamers has set a state meet record in the sprint hurdles as he won the LHSAA Division II indoor crown in the 55-meter hurdles with his PR of 7.30.

Another future LSU Tiger took home a pair of state championships during Saturday’s action at the Bernie Moore Track Stadium as Cyril Grayson of Archbishop Rummel High School earned an impressive double with Class 5A titles in both the 400 meters (47.68) and 800 meters (1:53.53). He also sprinted to his PR of 10.97 (+1.6) in claiming sixth place in the 100-meter final for Class 5A on Saturday afternoon.

Grayson is an emerging talent in high school track and field as he has recorded personal bests of 47.16 for the 400-meter dash and 1:53.53 for the 800-meter run during his senior season this spring.

While Grayson was the top point scorer in a seventh-place finish by Rummel High School in the Class 5A standings, fellow LSU recruit Terry Hughes helped lead Dutchtown High School to the Class 5A crown at the Bernie Moore Track Stadium on Saturday evening as he was crowned the state champion in the discus and the state silver medalist in both the shot put and javelin with his performance.

Hughes scored an impressive 26 points on the afternoon with his marks of 152 feet, 11 inches in capturing the discus title, as well as 53-7 ¾ in the shot put and 182-0 in the javelin for a pair of silver medals. It was a performance that led Dutchtown to an 86-61 win over Catholic High School for the Class 5A title.

Future Lady Tiger distance runner Morgan Schuetz almost single-handedly guided Parkview Baptist High School to a top-five finish in the final girl’s Class 3A team standings as she scored 24 of 30 total points in the final tally for the Eagles as they took home a fifth-place finish on Saturday evening.

Schuetz will wrap up her prep career as one of the most decorated distance runners in state history with an impressive nine state titles during her tenure at Parkview Baptist High School.