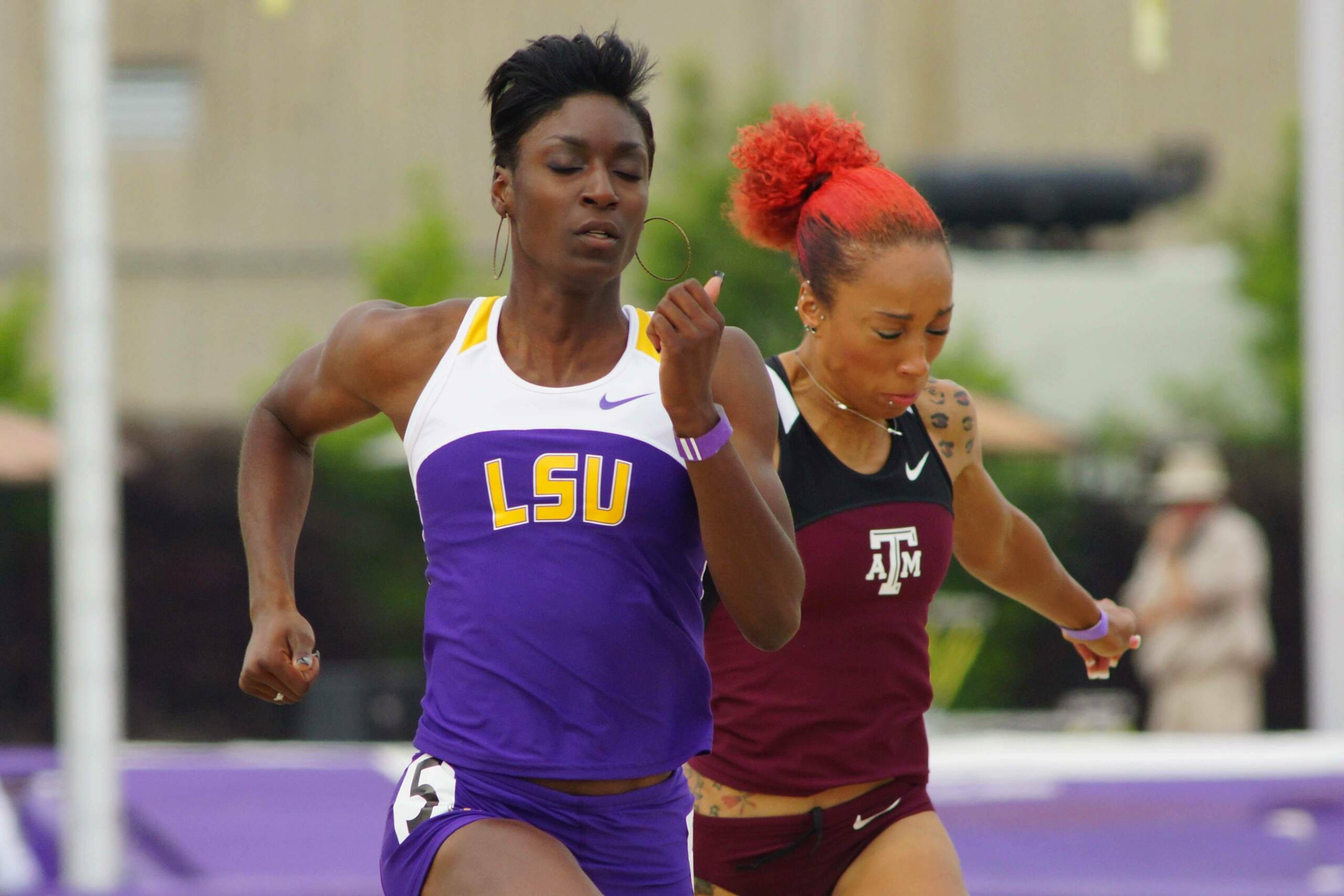 BATON ROUGE – As she prepares to defend her SEC titles in both the 200-meter dash and 4×100-meter relay next weekend, LSU junior Kimberlyn Duncan remains among the 10 athletes nationwide featured in the latest women’s watch list for The Bowerman released Thursday morning.

Now in its fourth year of existence, The Bowerman is college track and field’s equivalent to The Heisman Trophy and is presented annually by the U.S. Track & Field and Cross Country Coaches Association to the premier male and female athlete at the collegiate level each season.

Duncan remains unbeaten during the 2012 outdoor season as she is now the NCAA’s all-conditions leader in the 100-meter and 200-meter dashes, as well as a member of the nation’s fastest 4×100 relay.

Duncan has run career-best times in the 100-meter dash this spring as she owns the NCAA’s fastest wind-aided (10.94) and wind-legal (11.05) on the campaign. She is unbeaten in three finals appearances in the 100-meter dash this season, which includes a victory in her last final at the LSU Alumni Gold on April 21 while breaking the Bernie Moore Stadium record with a wind-legal PR of 11.05 seconds. With her time of 11.05, Duncan enters the SEC Championships as the world leader for 2012.

She also ran her first 200-meter race outdoors at the LSU Alumni Gold, clocking an NCAA-leading effort of 22.55 (+4.9) to move to the top of the collegiate all-conditions in 2012. That ranks her No. 2 in the 200 under all conditions in the world rankings for the 2012 outdoor season.

With her win at the LSU Alumni Gold event, Duncan has now captured 15-straight finals victories against collegiate competition in the 200-meter dash dating back to the 2011 indoor season. She has claimed three NCAA titles during that span, including back-to-back titles indoors and a win outdoors a season ago.

In addition, Duncan has run the anchor leg for the Lady Tigers in the 4×100-meter relay this spring, as she has led the team to the top of the NCAA rankings with a seasonal-best run of 42.99.

Duncan is ready to kick off the postseason with her LSU teammates next weekend as the Tigers and Lady Tigers play host to the 2012 SEC Outdoor Track & Field Championships at Bernie Moore Stadium that is set to run May 10-13. The Lady Tigers are the two-time defending SEC Outdoor team champions and will look to win their fifth crown in six seasons after taking the title in 2007, 2008, 2010 and 2011.