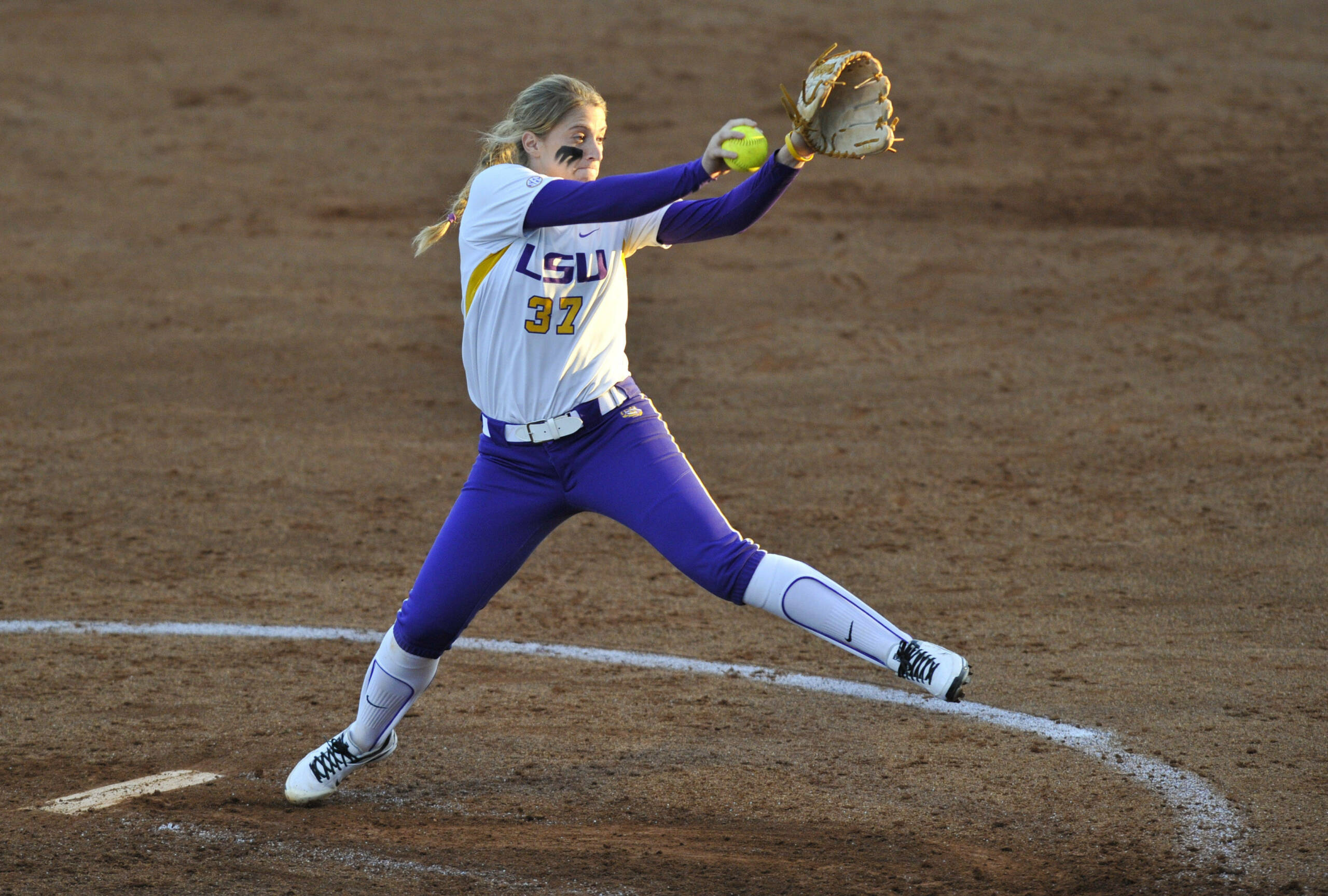 A junior hurler for the Tigers, Fico ascended to the nation’s top spot with a 0.90 ERA. She racked up 30 strikeouts over her 29.1 innings of work. She equaled a season-high 11 strikeouts in her mid-week start at No. 2 Florida only to surpass the mark with 13 Ks versus No. 12 Georgia. In the process, the junior right-hander eclipsed the 500-career strikeout mark. She capped the week with a four-hit shutout against No. 12 Georgia and permitted only two Bulldog runners to reach second base.

A freshman pitcher for the Cajuns, Wallace secured a pair of wins against Western Kentucky and improved her mark to an unblemished 23-0. Her 23-0 record is the best start for a freshman to start her career in NCAA history. She fired her 16th complete game of the season, a two-hitter, during a 2-1 victory over Western Kentucky. The Weatherford, Texas, native came in relief and reeled off six frames of one-hit ball fueled by six strikeouts.

It’s the 10th weekly award for Fico and sixth for Wallace from the LSWA.