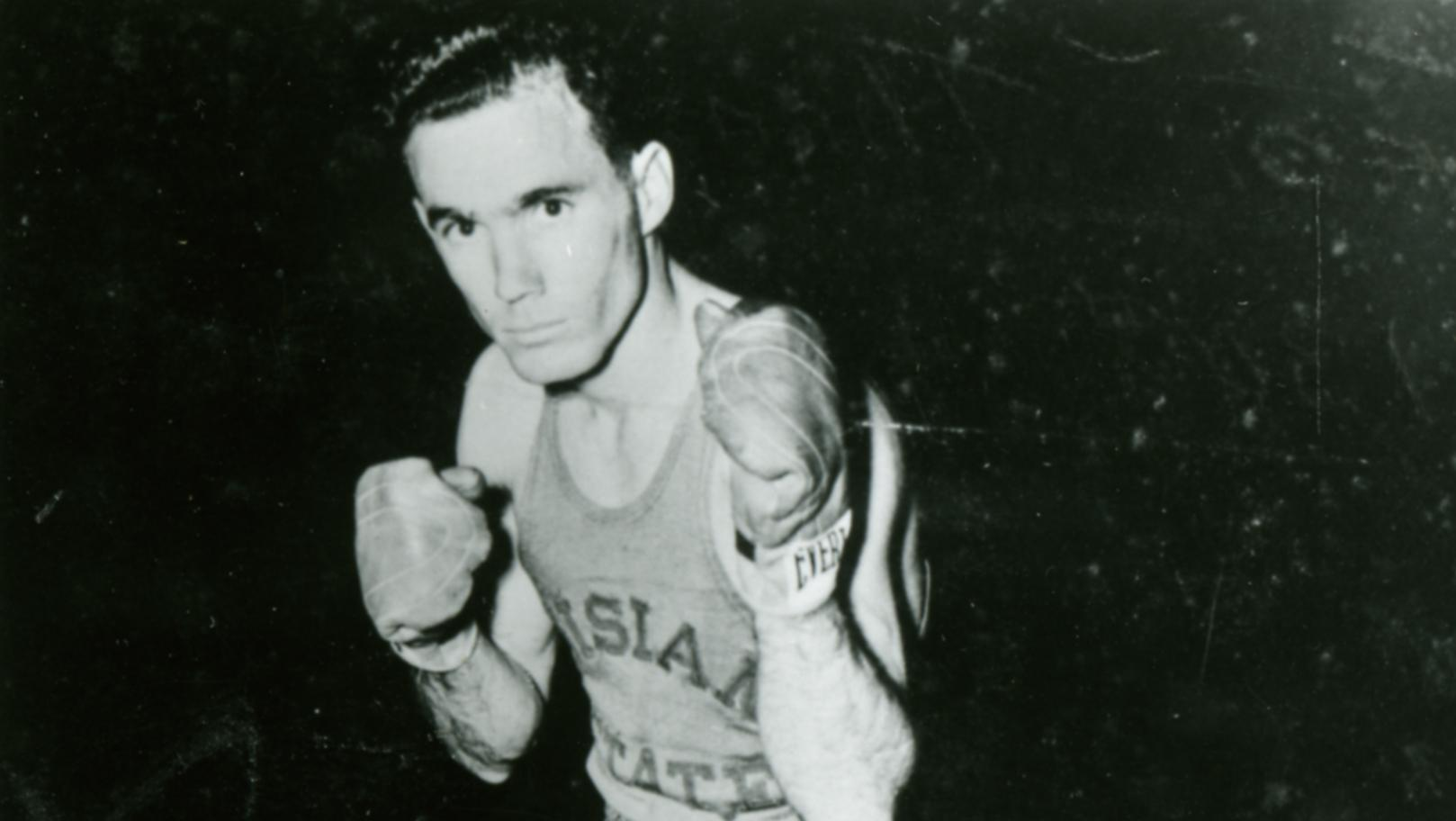 Thrash competed in boxing at LSU in 1949 and 1950 and never lost a collegiate match.    Thrash and Wilbert “Pee Wee” Moss each won individual national titles in 1949 to lead the Tigers to a boxing national championship that season.  Thrash won the national title in the junior lightweight division by defeating Norm Walker of Idaho.

Thrash later served as LSU’s Director of Alumni Affairs and then Executive Secretary and Director of the Board of Trustees of the State Institutions of Higher Learning for the State of Mississippi.

Thrash is a member of the LSU Athletic Hall of Fame.  He and Moss returned together to LSU in 2009, throwing out a first pitch at a baseball game at Alex Box Stadium in celebration of the 60th anniversary of LSU’s 1949 boxing national championship.

Services will be held Friday at the Raymond United Methodist Church in Raymond, Miss., with visitation from 9 a.m. to 11 a.m. and a funeral service at 11 a.m. followed by graveside services at 2:30 p.m. at Pine Ridge Cemetery in Lake, Miss.