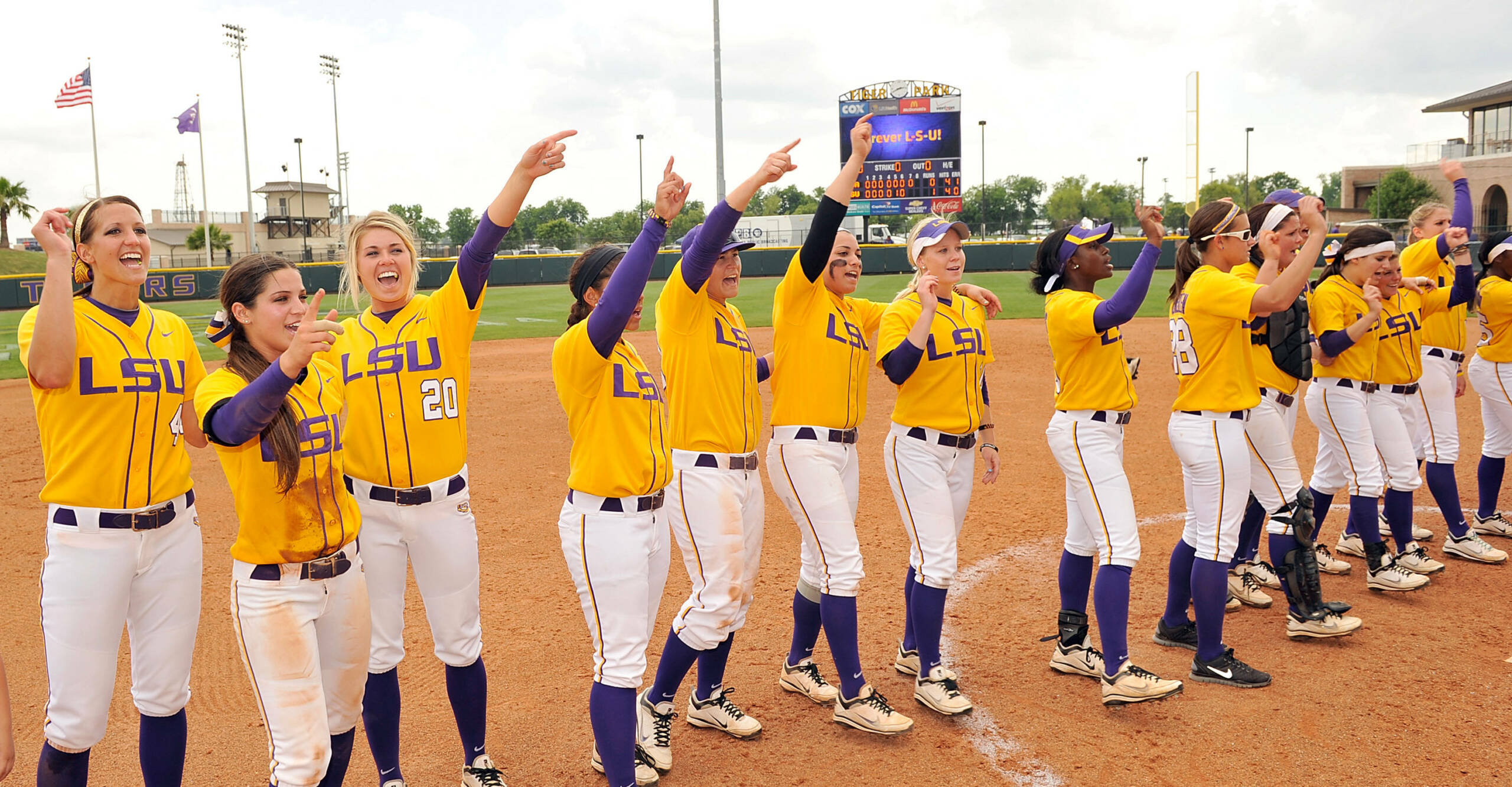 LEXINGTON, Ky. – The No. 22 LSU softball team wraps up the regular season and travels to Kentucky for a three-game weekend set. Games times are set for 5 p.m. CDT [Friday] and 12 p.m. CDT [Saturday and Sunday] from the UK Softball Complex.

All three games of the Kentucky series will have live audio and live stats inside the Geaux Zone on LSUsports.net. The games also will be carried live on Country Legends 104.9 FM in the Baton Rouge area with Patrick Wright and Matt Dunaway on the broadcast.

LSU (34-18, 15-10 SEC) has already clinched its berth to next week’s SEC Tournament and are currently in a fourth-place tie with Georgia in the overall SEC race. The Tigers can be seeded as high as No. 4 or as low as No. 6 depending on the weekend’s results.

Kentucky (26-27, 12-13 SEC) secured its spot in next week’s SEC Tournament with a series win at then No. 2 Florida last weekend. The Wildcats also boast series victories over Auburn, Georgia, Ole Miss and South Carolina.

Brittany Cervantes and Kara Dill have been sparkplugs for UK at the top of their order. Cervantes has accounted for a .303 batting average, 10 home runs and 30 RBIs. Dill has garnered a team-leading .374 hitting ratio on a SEC-best 67 hits to go along with a 19-for-23 clip in the stolen base department.

In the circle, Chanda Bell and Rachel Riley have recorded 21 of Kentucky’s 26 wins. Bell, the reigning SEC Pitcher of the Week, was touched up for only one run and fanned 21 batters in her 14.0 innings of work at Florida. Riley is a dual threat and has split her 14 pitching decisions. Offensively, she has added seven dingers and 30 RBIs.

LSU has compiled a 35-3 series advantage over Kentucky, but two of the three victories for the Wildcats have come since the 2009 campaign. The Tigers have won all 13 meetings in Lexington.

“Kentucky is playing really well,” head coach Beth Torina said. “They have a great coach in Rachel Lawson and an excellent pitching staff so we expected them to turn it around. I know they struggled early, but we fully expected to have to show up with our ‘A’ game to be successful this weekend.”

LSU has emerged with wins in 24 of its last 35 games sparked by 11 shutouts going back to March 7. The 20 overall shutouts posted by the Tiger pitching staff is the most since the 2007 season when LSU tossed 27 total shutouts.

The Rachele Fico–Brittany Mack duo has both reached the 50-win and 500-strikeout plateaus during their careers. They have combined for 30 of LSU’s 34 victories and racked up 330 Ks to rank among the SEC’s Top 8 for the season.

Mack has tallied a 14-9 mark, but dropped five of her last seven outings during April. All five of her setbacks came versus Top 25 opponents. The senior right-hander turned in her most impressive effort with a four-hit shutout and garnered eight strikeouts at then No. 2 Florida on April 24.

Ashley Langoni and Juliana Santos, a pair of All-SEC candidates, continue to pace LSU’s offense. Langoni is the team’s triple crown leader with a .297 batting average, six home runs and 29 RBIs. Her next long ball would tie her with Quinlan Duhon for fourth place on LSU’s all-time list.

Santos has hit safely in 19 of her 31 appearances since March 3. She has chipped in four of five multi-hit performances and driven home 11 of her 21 RBIs during SEC action.

Tammy Wray has collected hits in eight of her last 12 outings and raised her overall batting average by 41 points during the run to its highest point since the South Alabama game on Feb. 26.

Mack, who made her first career start at designated player during Sunday’s Senior Day, provided the offensive heroics with a two-out, RBI double for the game’s only run in LSU’s 1-0 victory over then No. 12 Georgia.

“We still need to have more confidence and improve our mentality at the plate,” Torina said. “We are doing it slowly but surely. We have had some great moments with the offense throughout the season. I just hope we can continue to build confidence for our offensive side because it is very tough to score runs against our pitching staff and our defense right now. If we can add the offense to it, I think we will be in good shape.”