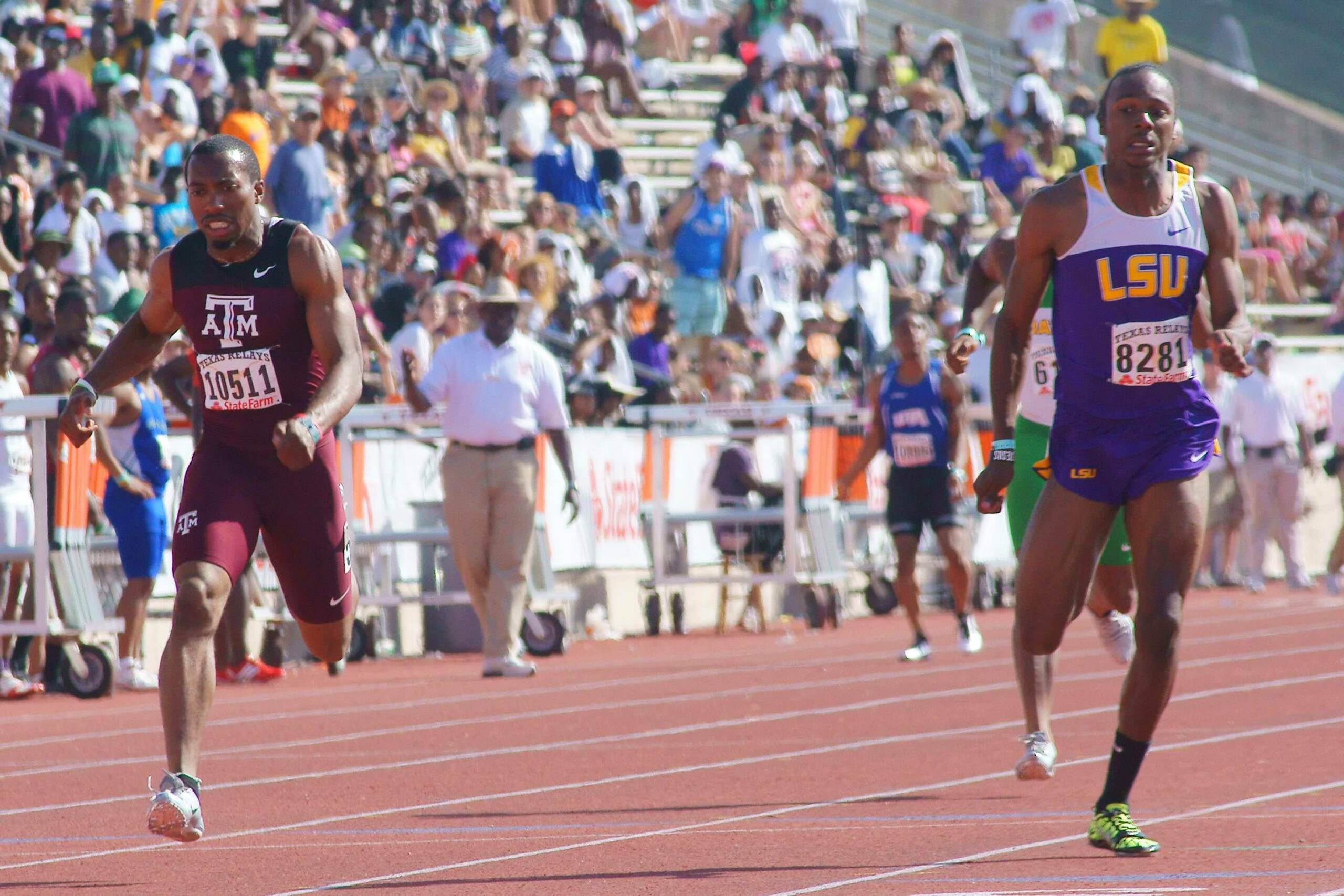 BATON ROUGE – For the third time during the 2012 outdoor season, LSU sprinter Aaron Ernest was named the Southeastern Conference Men’s Freshman of the Week in the wake of his performance during the 118th running of the Penn Relay Carnival held this past weekend in Philadelphia.

Ernest kicked off the outdoor season by earning consecutive SEC Men’s Freshman of the Week honors on March 20 and March 27 as one of the league’s emerging sprinters this spring.

Ernest shattered his wind-legal personal record in the 100-meter dash with the fastest run of the qualifying round at 10.26 seconds (+0.8) while earning a spot in the event final in his Penn Relays debut. He then took home a runner-up finish after running 10.47 in the final to finish behind only a winning race of 10.26 by Jamaican standout Jacques Harvey of Jamaica’s University Tech.

That performance eclipsed his previous PR of 10.30 set in the qualifying round at the Texas Relays during the third day of action on March 30. Ernest is now the NCAA’s No. 1-ranked freshman sprinter in the 100 meters with top times of wind-aided (10.15) and wind-legal (10.26) on the campaign.

In addition, Ernest ran the second leg of LSU’s 4×100-meter relay team that ran a new 2012 seasonal-best of 39.49 en route to a third-place finish in the Championship of America final held Saturday afternoon. The Tigers came up just a split-second short in defending their Penn Relays title in the 4×100-meter relay, as they finished behind Auburn (39.34) and UTech (39.46) in the Championship of America final.