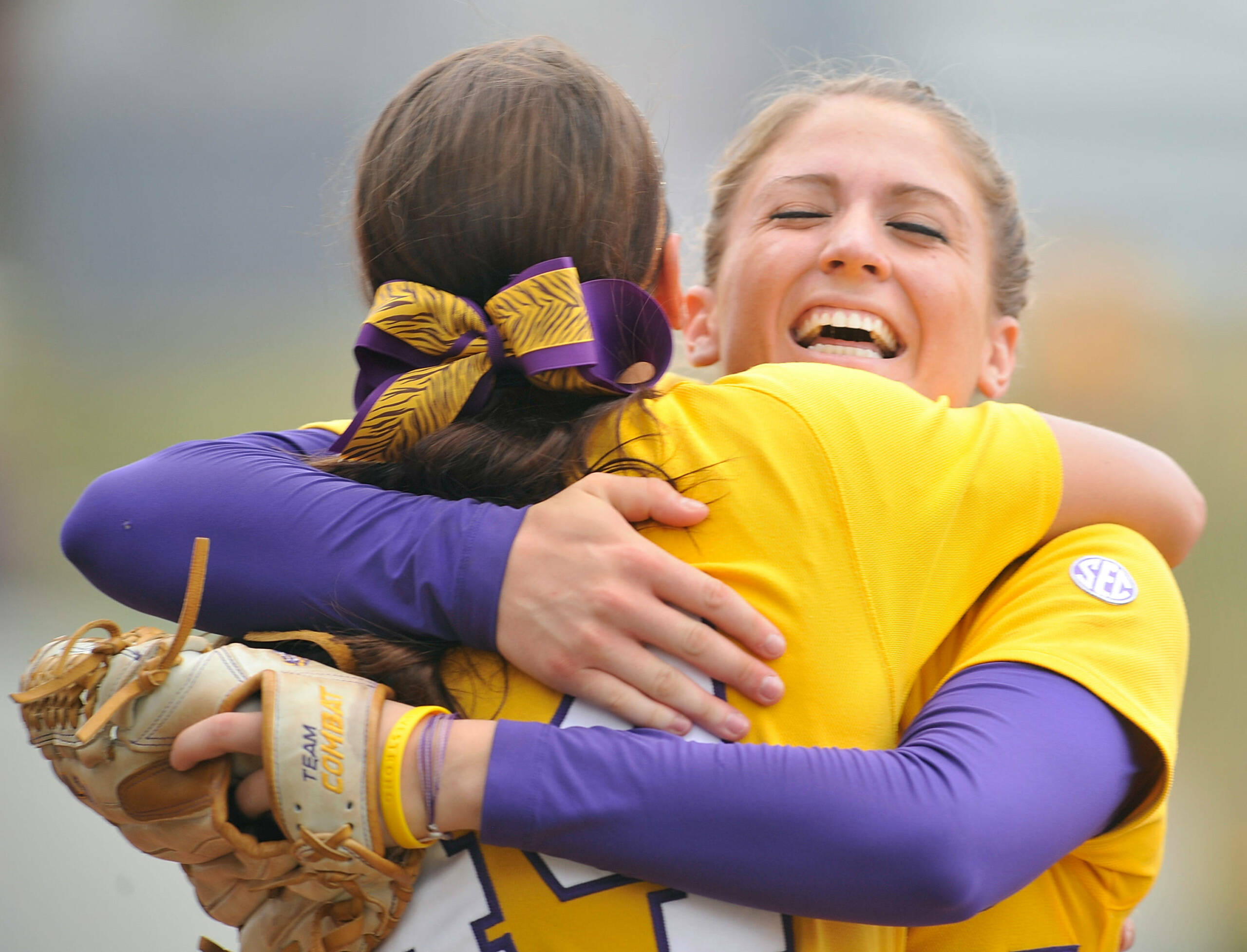 Nominees for SEC Pitcher of the Week

Rachele Fico, P, Jr., Oxford, Connecticut
Fico, who entered the week tied for second-nationally in ERA, continued to show why she is one of the nation’s top pitchers as she racked up 30 strikeouts in 29.1 innings of work. She matched a season’s best 11 strikeouts at No. 2 Florida only to eclipse the mark in her next start with 13 Ks against No. 12 Georgia. In the process, Fico became the seventh pitcher in program history to surpass 500 career strikeouts. During her nine losses this season, Fico has received only four total runs of support. The Oxford, Connecticut, native capped the week with a dominant four-hitter versus No. 12 Georgia and allowed only two runners to reach second base.

Notes on the Tigers
During its most challenging week of the 2012 season, No. 23 LSU picked up wins over No. 2 Florida and No. 12 Georgia to remain in a fourth-place tie in the overall SEC standings. The 1-0 victory over Florida was the program’s first since the 2005 season. Brittany Mack notched eight strikeouts and escaped a bases loaded jam with one out during the sixth inning. The Tigers scored the contest’s lone run in the second inning. Ashley Applegate ripped a triple and crossed the plate on Lauren Houston‘s two-out, RBI single up the middle. LSU was one strike away from winning game one of the doubleheader, but Florida rallied for a 2-1 extra inning victory. Rachele Fico turned in a masterful performance and equaled a season’s best with 11 strikeouts. Kailey McCasland ripped a pinch-hit, RBI single. During the Georgia series opener, Fico notched another strong pitching performance in what became the longest game in program history. She provided a season-high 13 strikeouts and fired 255 pitches in 15 innings of work. The Bulldogs scored an unearned run to emerge with the 1-0 decision. LSU celebrated Senior Day in style with a dramatic 1-0 win over Georgia. The Tigers paid tribute to the careers of Ashley Applegate, Katie Guillory, Ashley Langoni, Brittany Mack, Morgan Russell, Heidi Pizer, Juliana Santos and Cassie Trosclair. Mack provided the heroics using her bat to notch her first career hit and first career RBI, a two-out double. Fico, the nation’s ERA leader, fired a four-hit shutout to improve to 16-9 on the season. LSU concludes the regular season and heads to Kentucky for a SEC weekend series. Game times are slated for 5 p.m. CDT [Friday] and 12 p.m. CDT [Saturday and Sunday].