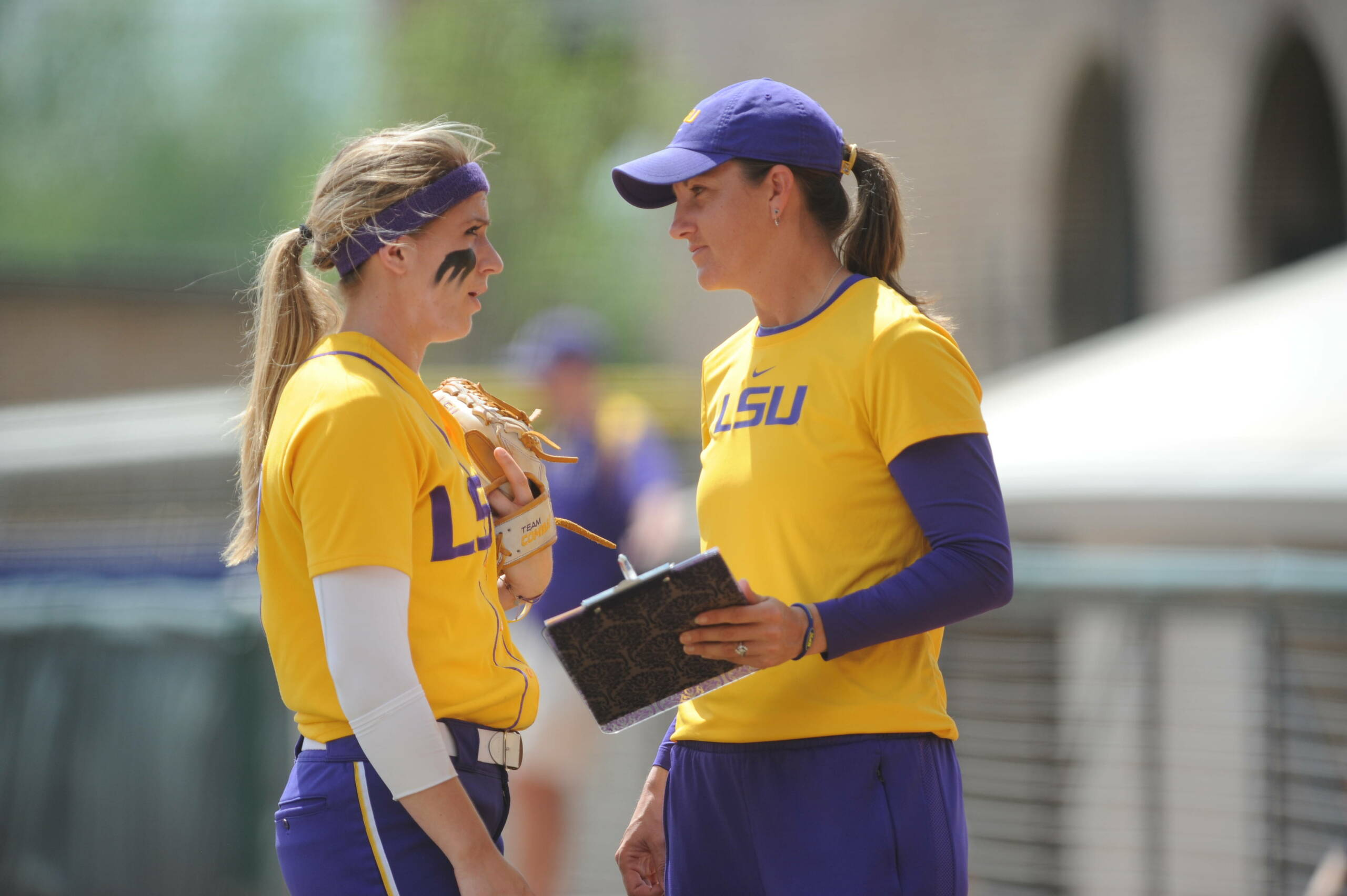 BATON ROUGE — ULL’s Christi Orgeron along with LSU’s Rachele Fico and ULL’s Jordan Wallace notched this week’s edition of the Louisiana Sports Writers Association [LSWA] Softball Hitter and Pitcher of the Week awards Friday as voted upon by the state’s sports information directors.

A senior outfielder for the Cajuns, Orgeron made the most of her four hits with three home runs and 10 RBIs. The New Orleans native also connected for her sixth grand slam of the season in game one of a doubleheader against South Alabama to equal the NCAA record for slams in a season. She also added her team-leading 18th dinger of the season during Sunday’s series finale and matched former ULL slugger Gabriele Bridges for third in program history. Orgeron has driven home a NCAA-leading 83 RBIs and sits sixth on the NCAA chart with 277 for her career.

A junior hurler for the Tigers, Fico was touched up for only one earned run in 17.2 innings of work as LSU claimed a series win over Ole Miss. In the process, the junior right-hander regained the top spot in the SEC’s ERA race. She fired a three-hit shutout and added seven strikeouts during the Ole Miss series opener. The Oxford, Connecticut, native was a tough-luck loser during the series finale and has only received three total runs of support during her seven losses on the season.

A freshman pitcher for the Cajuns, Wallace became the first freshman pitcher to begin her career 21-0 after a 10-2 victory over Florida Atlantic during the second game of Saturday’s doubleheader. She surpassed Texas A&M’s Amanda Scarbrough and Florida’s Stephanie Brombacher marks of 20-0, which were set during their freshman campaigns in 2005 and 2008, respectively. She allowed one hit and fanned seven batters en route to her 15th complete game in her record setting win. Wallace also claimed her first career save in the FAU series finale.

It’s the ninth weekly award for Fico, seventh for Orgeron and fifth for Wallace from the LSWA.