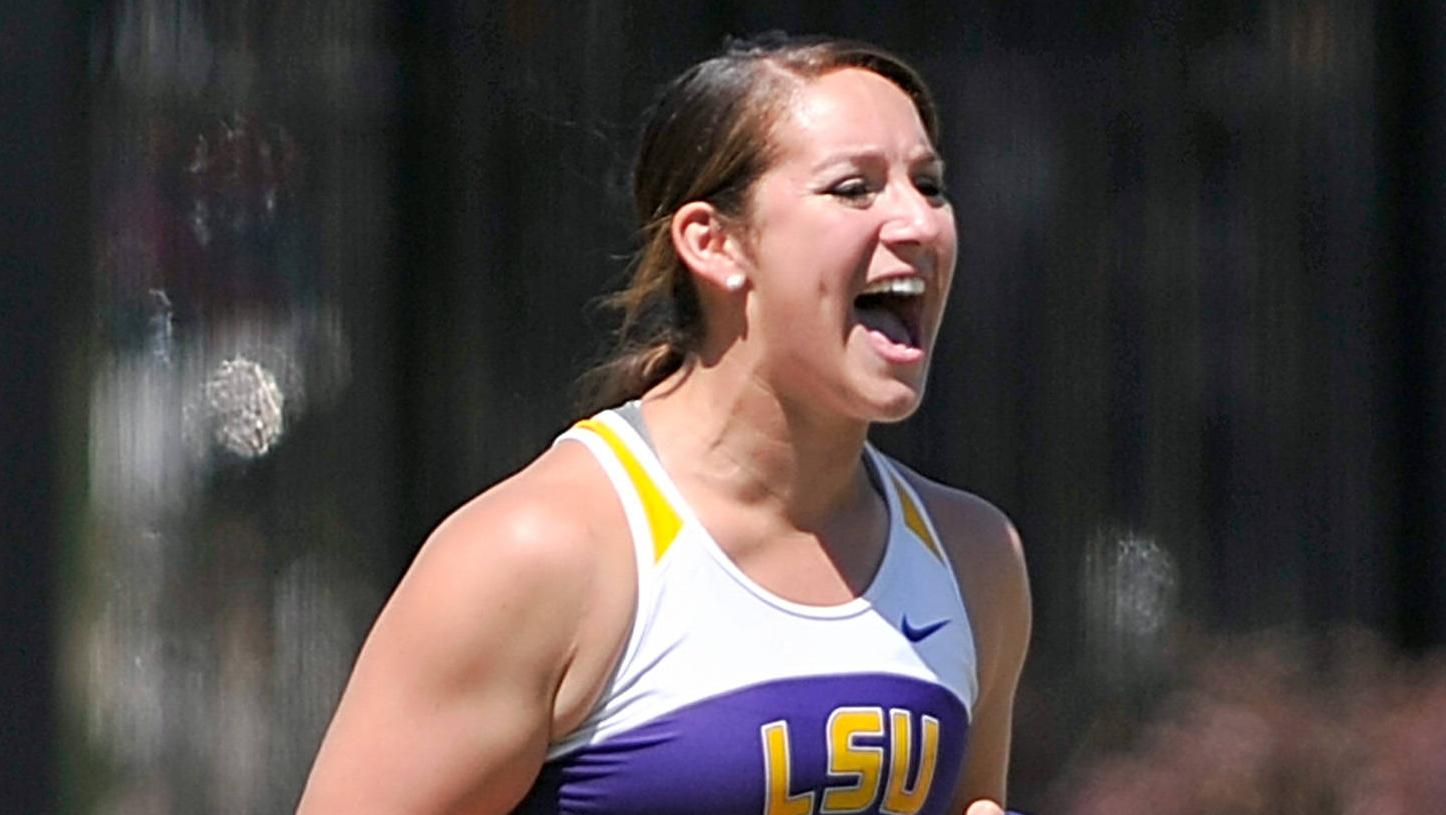 BATON ROUGE – Senior Brieanna Kennedy and junior Kimberlyn Duncan were honored by the Southeastern Conference office on Tuesday afternoon as SEC Athletes of the Week after leading the Lady Tigers during Saturday’s LSU Alumni Gold meet held at the Bernie Moore Track Stadium.

Duncan has been selected the SEC Women’s Runner of the Week for the fifth time in 2012 and a seventh time during her collegiate career in the wake of her world-leading performance on Saturday.

Kennedy has received her first career SEC Women’s Field Athlete of the Week award after inching closer to the LSU school record in the hammer throw while adding to her SEC lead in the event this season.

Duncan solidified her Bowerman Award candidacy with a world-leading and record-setting run in earning a sweep of event titles in the 100 meters, 200 meters and 4×100-meter relay at the LSU Alumni Gold.

She smashed her personal record in winning the 100-meter title with a 2012 world-leading and NCAA-leading time of 11.05 seconds that was run with a legal tailwind of 1.0 meters per second. Duncan’s effort also broke the 18-year-old Bernie Moore Stadium record of 11.07 that was set back in 1994 by the former Lady Tiger national champion Cheryl Taplin during her senior season.

With her performance at the LSU Alumni Gold, Duncan now owns the NCAA’s No. 1-ranked wind-aided (10.94) and wind-legal (11.05) times in the 100-meter dash for the 2012 outdoor season. She is among the favorites to win the NCAA title in the event after finishing as the national runner-up in 2011.

Not only did Duncan win the 100-meter crown in record-setting fashion, but she also claimed the 200 title by more than a half second ahead of Louisiana Tech’s Chelsea Hayes (23.10) with her season-opening wind-aided time of 22.55. But with the blustery conditions at the Bernie Moore Track Stadium causing an illegal tailwind of 4.9 meters per second, her time does not count for NCAA qualification.

Duncan’s victory ran her streak to 15-straight wins in 200-meter finals against collegiate competition with the indoor and outdoor seasons since her first win at the Tyson Invitational on Feb. 12, 2011.

In addition, Duncan also anchored the Lady Tigers to an impressive win in the 4×100-meter relay with the time of 43.35 as she teamed with sophomore Takeia Pinckney, senior Semoy Hackett and senior Rebecca Alexander to finish more than one second ahead of Louisiana Tech (44.71) and Texas A&M (44.88) for a No. 3-ranked time run by a collegiate team this spring. They are already the NCAA leader with a seasonal best of 42.99 in winning the 4×100-meter relay title at the Texas Relays.

Kennedy set a personal record of her own and increased her SEC lead in the hammer throw for the second week in a row while capturing her first hammer title of the 2012 season on Saturday afternoon.

It only took two throws for Kennedy to raise her personal best to 205 feet, 3 inches as she took the lead on her second attempt and never looked back while finishing nearly 15 feet clear of Lady Tiger teammate and runner-up Denise Hinton (190-8) in the final standings. Kennedy followed her personal record at 205-3 on her second attempt with a mark of 201-2 on her third attempt for another strong series in 2012.

With her PR of 205-3, Kennedy increased her SEC lead in the event to nearly four feet ahead of the 201-4 by Georgia All-American and defending SEC champion Nikola Lomnicka.

The Lady Tiger senior cracked the NCAA’s Top 10 in the event with the No. 10-ranked mark at this level for 2012. It marks the third time this season and second time in as many weeks that Kennedy has recorded a PR after throwing 203-0 at the LSU Relays and 204-7 at the Arizona State Tri-Meet in recent weeks.

She now finds herself just eight inches shy of matching LSU’s 8-year-old school record in the event as the current mark of 205-11 has been held by former Lady Tiger Britney Henry since 2004.