No. 23 Softball Travels to No. 3 Florida 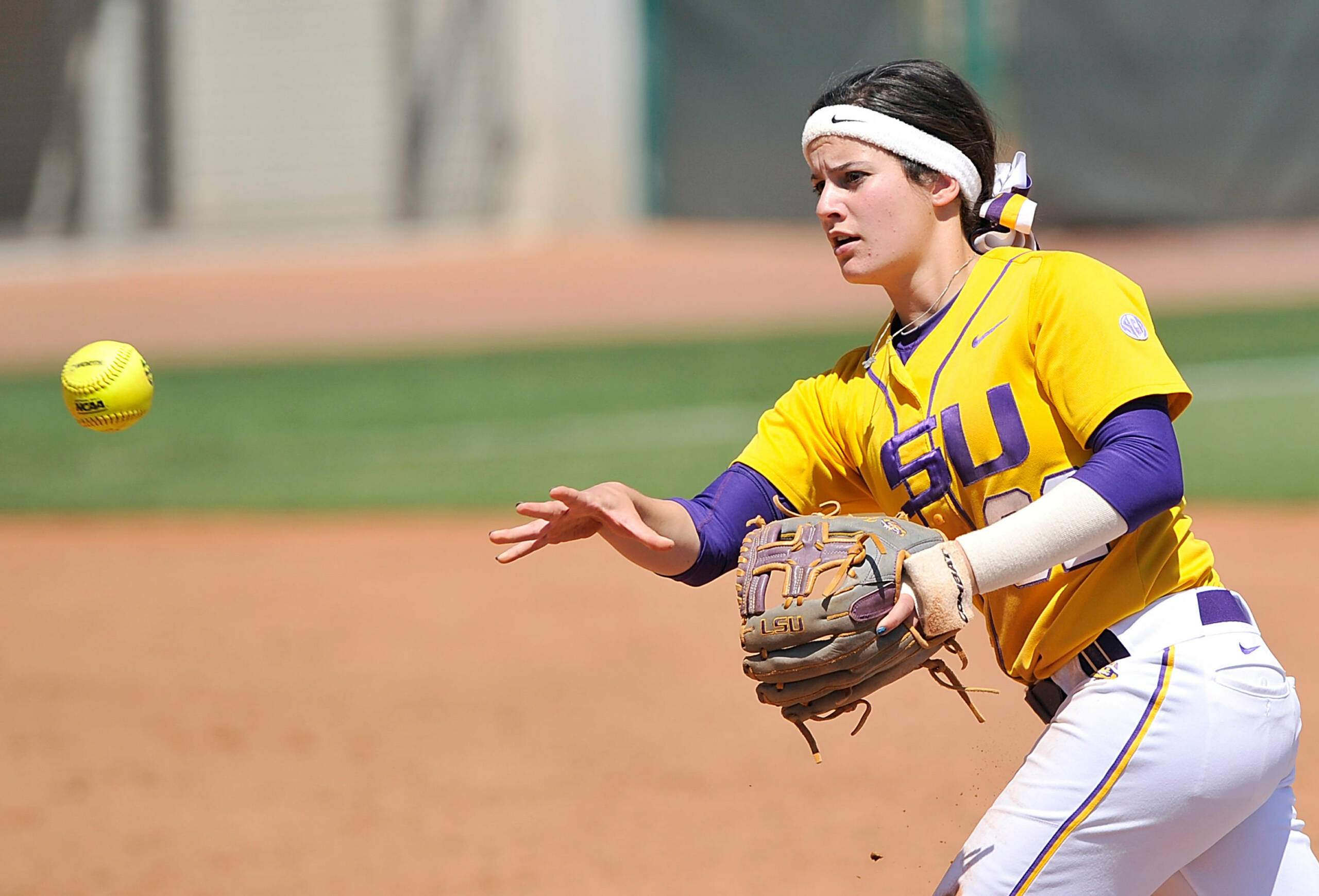 GAINESVILLE, Fla. – The No. 23 LSU softball team finishes up a stretch of seven games in eight days with a Tuesday twinbill at SEC frontrunner and No. 3 Florida. First pitch is slated for 4 p.m. CDT from Katie Seashole Pressly Stadium.

Both games will be carried live on the LSU Sports Radio Network and Country Legends 104.9 FM in Baton Rouge with Patrick Wright and Matt Dunaway set to call the action. Live audio and live stats also will be available in the Geaux Zone on www.LSUsports.net/live.

Both contests of the mid-week doubleheader will be televised by CSS and ESPN3.com with Bernie Guenther and Cheri Kempf serving as the announcing team. In Louisiana, Cox Sports Television will carry the first game live followed by tape delayed coverage of game two starting at 9:30 p.m. CDT.

Florida (41-5, 18-2 SEC) has notched victories in 12 of its last 13 outings with its lone setback coming versus in-state foe UCF back on April 11. The Gators are second in the SEC in a majority of offensive categories, including a .314 team batting average, 281 runs scored, 56 home runs and 264 RBIs.

Michelle Moultrie leads the way with a .401 batting average on 55 hits. As UF’s leadoff hitter, Moultrie also has ripped nine home runs, added 25 RBIs and raced her way to 20 stolen bases in 22 attempts. Cheyenne Coyle, Lauren Haeger and Kelsey Horton have provided 10 homers apiece. Haeger and Horton have tallied 42 and 39 RBIs to rank fourth and fifth, respectively, in the SEC rankings.

“They bring a good speed game and a ton of offense,” head coach Beth Torina said. “Our pitching staff will be ready for them, and they have a really good solid pitcher on the mound in Hannah Rogers. We are going to have to prepare for her with the things she throws as well as their offense.”

Ashley Langoni is the only Tiger to start in all 47 games this season. The senior left fielder is tops on the squad with a .327 batting average, six home runs and 28 RBIs. Her 41 free passes recently eclipsed the program’s single-season walks mark set by former All-American Ashlee Ducote in 2000.

Allison Falcon and Juliana Santos have collected .292 and .287 hitting clips, respectively. Santos has registered one homer and 21 RBIs, while Falcon has totaled two dingers and 17 RBIs.

Tammy Wray has hit safely in five of her last seven outings since April 14 to raise her average by 34 points to a .174 ratio. She also has contributed a pair of RBI singles during the stretch.

In the circle, Rachele Fico and Brittany Mack have teamed for 28 of LSU’s 32 victories.

Fico checks in with a 15-7 mark and a SEC-leading 0.99 ERA. The junior right-hander tossed a three-hitter during the Ole Miss opener and has received only three total runs of support during her seven setbacks. She enters this week’s action 12 Ks away from becoming the seventh pitcher in program history to reach the 500-strikeout plateau.

Mack snapped a four-game losing skid during the middle game of the Ole Miss series. She fanned 11 batters, her highest strikeout total since racking up 10 Ks against Mississippi State on March 17. Overall, Mack sports a 13-8 record and her 141 overall strikeouts are eighth in the SEC.

LSU wraps up the home portion of its schedule this weekend as No. 12 Georgia visits Tiger Park for a three-game series. Game times are scheduled for 6 p.m. [Friday], 4 p.m. [Saturday] and 1 p.m. [Sunday].