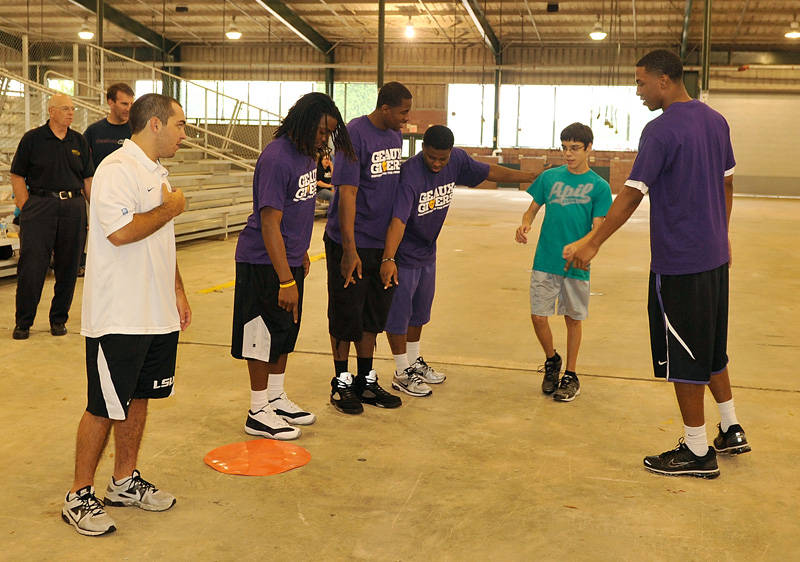 BATON ROUGE – Members of the LSU basketball team brought smiles to a group of special athletes on Saturday, participating and assisting in games of the Ascension Parish Inclusive League.

The group concluded its softball league this Saturday at Lamar-Dixon Expo Center so that the games could be played, allowing the LSU team to participate.

Besides taking pictures and autographs, the members of the basketball team joined in as part of a big softball game, helping the kids with batting, coaching bases and being a part of the event. Since this was the final game of the season, the team also helped out distributing trophies and certificates to the participants and giving away LSU basketball souvenirs.

One of those deeply involved in the APIL program, which also allows the children to participate in basketball during the winter months, is former Tiger basketball player Carl Seiner, who played at LSU from 1971-74.

Also joining the current members of the Tiger squad was senior player Storm Warren, who came out to join the team in this community service part of LSU’s life skills program under the “Geaux Givers” banner.