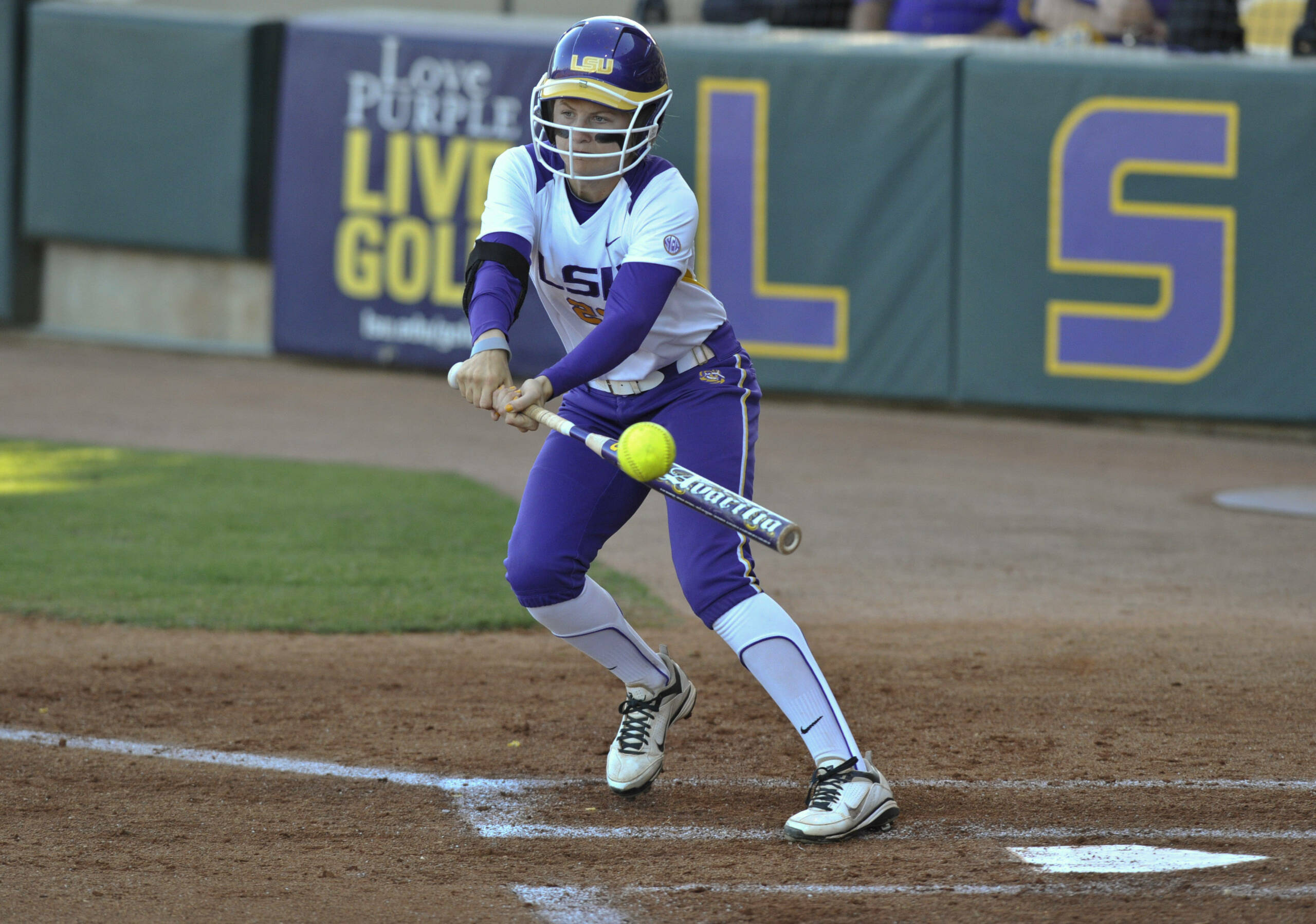 BATON ROUGE – The No. 23 LSU softball team wraps up its five-game week and plays host to Ole Miss for a SEC weekend series at Tiger Park. Games times are scheduled for 6 p.m. [Friday and Saturday] and 1 p.m. [Sunday].

All three games of the series will have live audio and live stats inside the Geaux Zone on www.LSUsports.net/live. The game also will be carried live Country Legends 104.9 FM in the Baton Rouge area with Patrick Wright and Kent Lowe set to call the action.

The first two games of the series will be televised on CST with Lyn Rollins and Yvette Girouard serving as the announcing team, while video of the series finale will be streamed on www.LSUsports.net/live.

Saturday’s contest marks the LSU’s inaugural “Strikeout Ovarian Cancer” event. The Tigers will wear teal jerseys to celebrate survivors and spread awareness of ovarian cancer. Fans are encouraged to wear teal in support of the cause. The first 500 fans will receive a “Strikeout Ovarian Cancer” teal t-shirt, and all fans entering the ball park will be given teal pom poms. Head coach Beth Torina‘s mother, Betty Dieter who is an ovarian cancer survivor, will throw-out one of the game’s ceremonial first pitches.

LSU (30-14, 11-6 SEC) has dropped six of its last eight outings, most recently an 8-1 decision Wednesday to No. 22 Florida State. The Tigers secured a 2-1 victory over McNeese State on Tuesday.

Ole Miss (16-26, 3-16 SEC) has lost eight straight games dating back to April 3, but the Rebels did pick up a 6-1 victory over then No. 24 Auburn on April 1. Offensively, RT Cantillo has garnered a team-leading .374 batting average to go along with three home runs and 26 RBIs. Londen Ladner and Cali Overbeck have produced five homers apiece.

In the circle, Kendall Bruning has picked up 12 of Ole Miss’ 16 victories. The senior right-hander has notched a 4.02 ERA to go along with 117 strikeouts in her 156.2 innings of work.

LSU carries a 41-6 series advantage over the Rebels, including 19 of the 22 meetings in Baton Rouge. The Tigers have strung together six straight victories since the 2009 season, including a weekend shutout of Ole Miss last season in Oxford.

“It’s a big weekend,” Torina said. “Everybody goes through a bad stretch, but the key is how we respond to some of the adversity we have faced recently. There’s no doubt that Alabama, Tennessee and Florida State are talented teams. The good news is we have an opportunity to get rolling again starting with Ole Miss this weekend and get back on the right foot.”

Ashley Langoni has racked up a team-leading .330 batting average, six home runs and 26 RBIs. Last time out, Langoni drew her 38th walk versus Florida State to match a program single season mark set by former All-American Ashlee Ducote during the 2000 season. The Colorado native has reached base in 16 consecutive games and is one homer away from matching Quinlan Duhon for fourth place on the program’s all-time list.

Juliana Santos has chipped in a .297 hitting clip, added one homer and 20 RBIs. She has hit safely in 15 of her last 23 appearances dating back to March 3.

Allison Falcon has tallied a .303 ratio and tacked on 17 RBIs. Her 27 hits for the season have nearly doubled her career total entering the 2012 campaign. The Donaldsonville product has recorded six multi-hit performances, tied for second on the team with A.J. Andrews.

Jacee Blades is coming off a 2-for-3 effort against Florida State and checks in with a .281 batting average, while Andrews has found her way on-base in 10 of her last 12 outings going back to the Arkansas series opener.

From the pitching circle, Brittany Mack will look to end a four-game April losing streak. She is 12-8 for the season and her 130 strikeouts are eighth in the SEC rankings. The senior right-hander secured two of the three wins during last season’s sweep of Ole Miss.

Rachele Fico, one of 25 finalists for USA Softball’s Player of the Year award, has come away with a 14-6 mark and a crisp 1.04 ERA which entered the week among the NCAA’s Top 10. Fico’s 132 Ks is tied for sixth place on the SEC leaderboard.

Meghan Patterson has won all of her decisions en route to a 1.83 ERA. She has compiled 40 strikeouts and surrendered only two runs in her last 32 frames of action since Feb. 26.