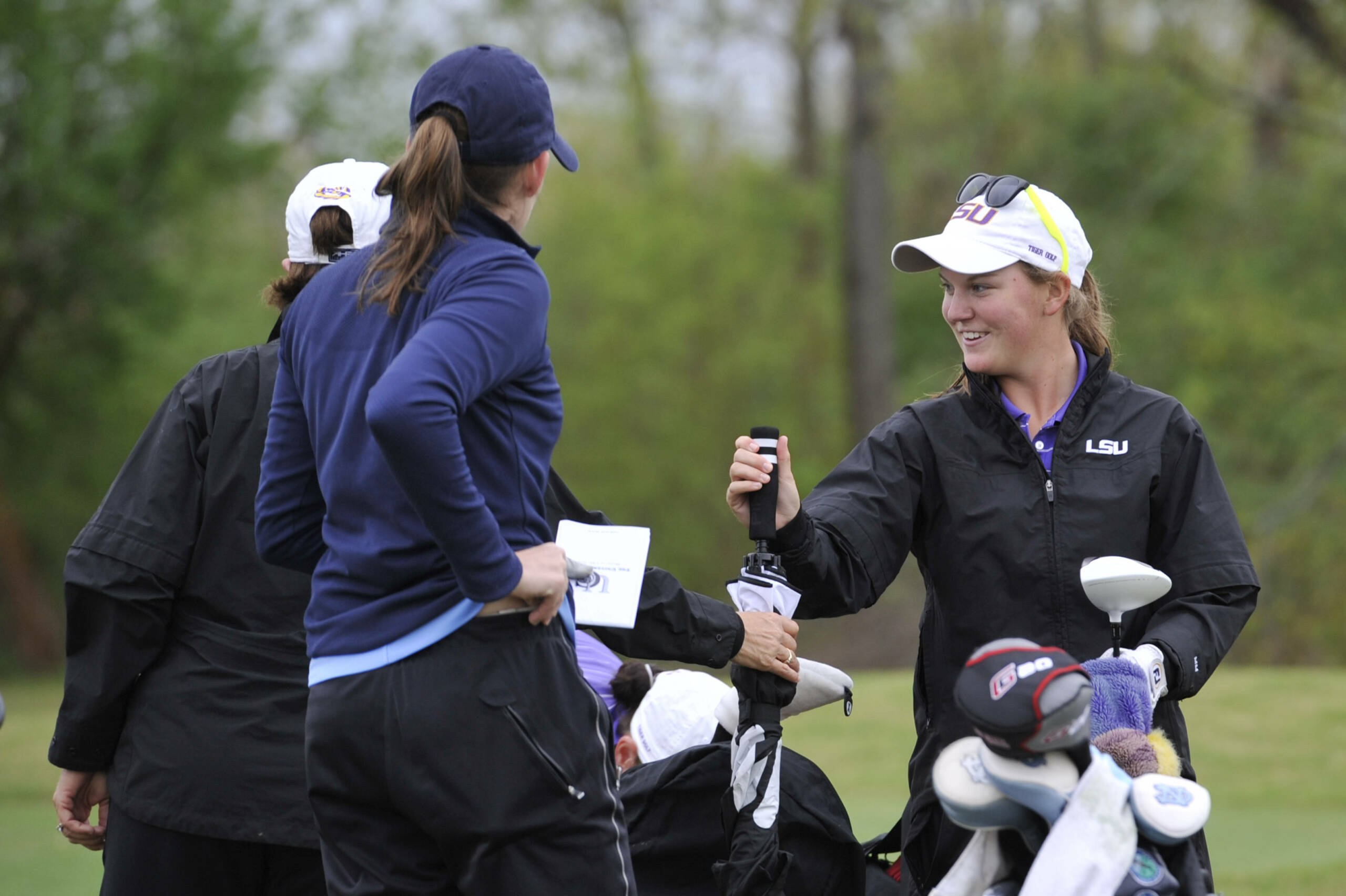 FAYETTEVILLE, Ark. – The sixth-ranked LSU women’s golf team looks to continue its quirky success in the odd-numbered tournaments on its 2011-12 schedule as it tees off Friday in the annual Southeastern Conference Women’s championships at The Blessings Golf Club.

The Lady Tigers in its 1st, 3rd, 5th and 7th tournaments of the year has finished first, first, first and second over the span of eight regular season tournaments. LSU now begins the post-season in a conference tournament where they are sixth in the nation but the third in the league as the SEC has eight teams ranked in the top 25 of the Golf World/National Golf Coaches Association poll.

The Blessings Golf Club, which will play at a par of 72 with three par 5s on the front and three par 3s on the back, is a private golf club that opened in 2004 and is also the home of the Arkansas golf teams. The course has a continuous 18-hole routing rather than a pair of returning nines. Because of that and the location of hole 10, the teams will tee off on holes 1 and 12 each day instead of the traditional 1 and 10.

Weather could play a factor in the early going as there is a 40 percent chance of rain at the start of play Friday with temperatures not expected to climb out of the 50s.

LSU will go with sophomore Austin Ernst from Seneca, S.C., in the number one position with senior Tessa Teachman teeing off second. Ernst has a win and three top fives this year in seven starts for the Lady Tigers plus making the cut in an LPGA major, while Teachman, of Baton Rouge, has two top fives and four top 10s in probably her best overall season with LSU. Ernst is averaging 72.9 strokes per round with Teachman at 73.0.

The rest of LSU’s lineup will consist of Swedish freshman Madelene Sagstrom and senior Jacqueline Hedwall, also from Sweden, and sophomore Lindsey Gahm of Louisville. Sagstrom had two top 10s and averaged 73.4 strokes per round, Hedwall 74.6 strokes and Gahm had a stroke average of 75.7.

For the first time instead of tees going off as they finished in last year’s Championship tournament, the filed has been paired based on the latest Golfstat rankings.

Live scoring for the tournament can be followed at LSUsports.net through Golfstat.com. Live updates will be available throughout the round on Facebook at www.Facebook.com/LSUwomensgolf and on Twitter @LSUwomensgolf.