What They're Saying About Johnny Jones 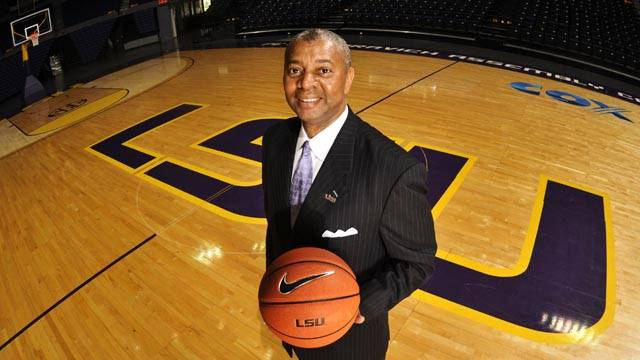 Quotes, Tweets and Blogs Regarding the Hiring of Johnny Jones as LSU Men’s Basketball Coach:

From LSU All-American, Former NBA Superstar, Shaquille O’Neal:
“LSU has hired a man in Coach Johnny Jones that any player in this nation would want to play for, because he’s a player’s coach and a man of his word. My three years at LSU were the best three years of my life, and he was part of my development that I will never forget. In May, I will receive my Doctorate Degree, and this doctor prescribes LSU and Coach Jones to make their dreams come true.”

From Kansas Coach Bill Self:
“I am very happy for Johnny. He loves LSU. I can’t think of a better fit. He and his staff have done a remarkable job at North Texas. We’ve competed against them. His teams are always well prepared. He’s recruited well wherever he has been. I anticipate LSU competing for championships in the very near future.”

Tweet from North Carolina State Head Basket Coach Mark Gottfried, former Alabama HC:
“So happy for my former asst. Johnny Jones who is new coach @LSUBasketball phenomenal coach and friend. Could not have a better hire.”

Former LSU head basketball Coach Dale Brown:
“I compliment Joe Alleva for making a thorough search with his staff (without hiring an expensive search firm) to find the very best basketball coach for LSU, Louisiana and all the LSU fans scattered around the world. We all got much more than a basketball coach. We got a person with integrity, humor, superb work ethic, strong-willed, a unifier, a disciplinarian, and a bright and pleasant gentleman. There is no down side with the “bullet” from DeRidder.

“Hold on to your seats, this will be an exciting ride!”

Duke Head Coach Mike Krzyzewski on Johnny Jones Being Named LSU Head Coach:
“LSU made a terrific hire in Johnny Jones. He is a passionate leader who knows how to win. He did an amazing job in 11 seasons at North Texas and has proven he’s a championship coach. Furthermore, his strong ties to the Tiger program as both an outstanding player and assistant coach under Dale Brown will be vital in reestablishing LSU Basketball as a national power.”

CBS Sports Personality Tim Brando:
“The hiring of Johnny Jones could not have come at a better time for both LSU and Johnny. I have known him since he was a freshman at LSU – on Dale Brown’s first Final Four team in 1981. Jones did a tremendous job while interim Head Coach at Memphis and became a proven winner at North Texas. The DeRidder, La. native knows the landscape of college basketball recruiting in the state. He brings instant credibility to the movers and shakers in high school and AAU basketball. I fully expect the Golden Era of LSU basketball, to be re-born with Johnny Jones as Head Coach.”

From former Tigers point guard Ethan Martin (member 1981 NCAA Final Four Team) (courtesy of WAFB.com):
“It’s great news,” says Martin. “It couldn’t happen to a better guy than Johnny Jones. He’s waited his time. He did a great job at North Texas and I think he’ll do a great job at LSU. The past with Johnny Jones was great. Hopefully he can take the past, into the future.”

Former Tiger All-American, Durand “Rudy” Macklin (member 1981 NCAA Final Four Team):
“How well do I think Johnny Jones will do as LSU’s head basketball coach? Well, for starters, he can recruit with the best of them, knowing the state of Louisiana like the back of his hand from all the high school coaches, upcoming players, community leaders and every back-woods small town to big metropolitan cities. JJ has an extensive reach in states like Texas, Arkansas, Tennessee and Alabama. His style of play will be fast-pace, up and down the court excitement–something fans have been hoping to return.

“Another reason why JJ is the perfect choice as LSU’s basketball coach is that he wants this job to be his last stop. So many coaches that come from outside the state would use this job as a means to a better high paying job elsewhere. It is very difficult to establish a winning tradition when you change coaches every 5-6 years or less. We, LSU, needs a coach that will be around for 20 years or better and win consistently that will make it easier to reel in top recruits.

“Finally, Johnny is a people person. He can walk in a room full of people and know everyone’s name before he leaves. He presents well, explain issues and matters in detail so that ordinary people can understand where he’s coming from and where he wants to go. With all the attributes that Johnny possesses, I believe LSU’s basketball future will be a bright one.”

Former Tiger, LSU Sports Radio Network Analyst, Ricky Blanton (member 1986 NCAA Final Four Team):
“I am excited that Johnny has the opportunity to create the type of success for LSU basketball that he was a part of when he was at LSU. Johnny is a good guy and I am pulling for him.”

Former Tiger, Ned Clark (member 1953 NCAA Final Four Team) (courtesy of New Orleans Times-Picayune):
“It means a lot when you have someone from the family,” Clark said, “Someone who’s grown up here and stayed close to the program. He’s got the right personality for what we need. People will relate to him. He’ll get the things unified again.”