Fico Among LSWA Softball Players of the Week 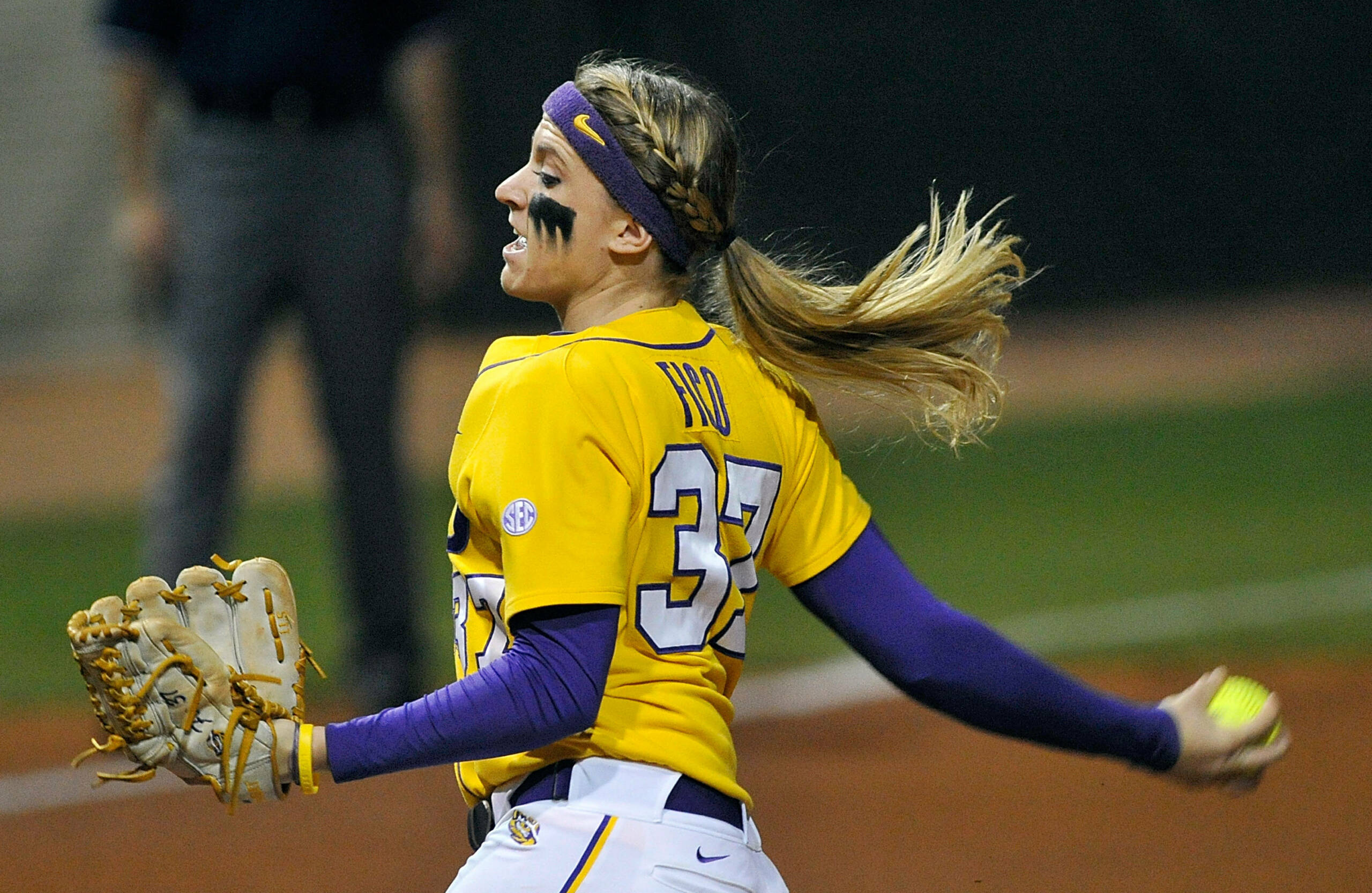 BATON ROUGE – Louisiana Tech’s Melanie Goff along with LSU’s Rachele Fico and ULL’s Jordan Wallace picked up this week’s edition of the Louisiana Sports Writers Association [LSWA] Softball Hitter and Pitcher of the Week awards Tuesday as voted upon by the state’s sports information directors.

A junior infielder for the Lady Techsters, Goff fueled Louisiana Tech to a three-game sweep of New Mexico State, the defending WAC champions. She batted .400 with three multi-hit efforts, a trio of extra base hits and five RBIs. Her RBI double in the series opener opened the door to a three-run fifth inning. The San Diego, California, native added her first home of the season and a two-run double during a 4-0 win in game two. Goff tacked on a RBI and a stolen base in Tech’s 5-1 win during the series finale.

A junior hurler for the Tigers, Fico became only the second pitcher during the 2012 season to defeat No. 2 Alabama. She accomplished the impressive feat in-front of a Rhoads Stadium record crowd of 3,521 fans. She tallied six of her nine strikeouts and sat down nine of the last 11 hitters she faced over the game’s final three innings. The Oxford, Connecticut, native has now won her last seven decisions dating back to March 16. The victory over Alabama was her 48th career victory, which allowed Fico to move into sole possession of seventh place on LSU’s all-time list.

A freshman pitcher for the Cajuns, Wallace improved to a spotless 18-0 aided by a pair of complete game shutout victories over South Alabama. She racked up a career-best 16 strikeouts and surrendered only five hits during a 1-0 10-inning win. She followed that up with a two-hitter and seven Ks in a 3-0 triumph to cap the three-game series sweep. The Weatherford, Texas, product is off to one of the best starts in NCAA history for a freshman to begin their career.

It’s the eighth career weekly award for Fico, third for Wallace and first for Goff from the LSWA.