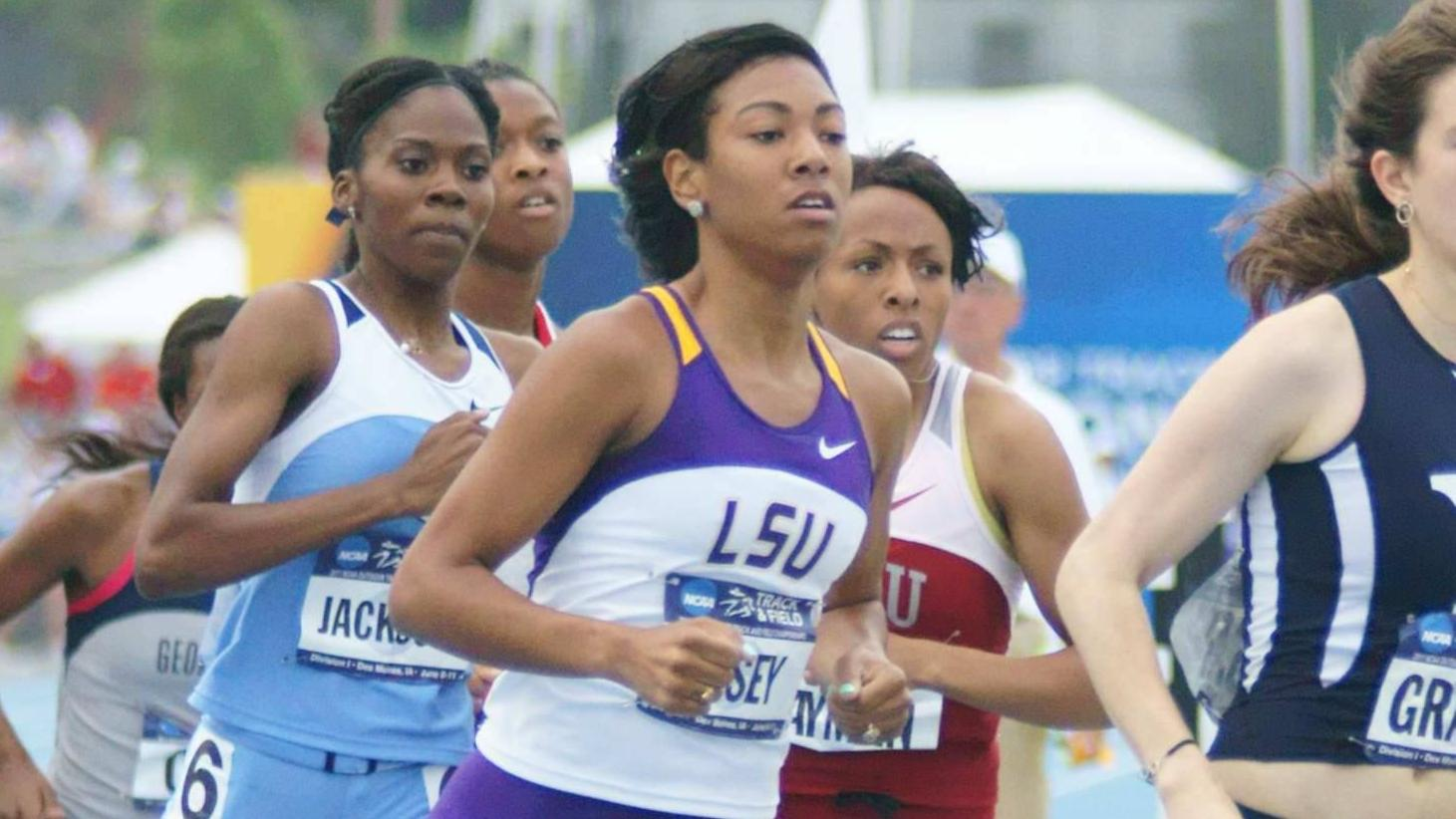 BATON ROUGE – After opening the 2012 outdoor season with an NCAA-leading performance in winning the women’s 800-meter run title at Saturday’s “Battle on the Bayou,” Lady Tiger junior Charlene Lipsey was honored as the SEC Co-Women’s Runner of the Week on Tuesday afternoon.

This marks the second time that Lipsey has been recognized as the SEC Women’s Runner of the Week on the season as she also earned the selection on Jan. 31 during the indoor campaign.

In her first 800-meter race of the outdoor campaign, Lipsey shattered her personal best in the event with a season-opening time of 2 minutes, 2.91 seconds to take her place atop the SEC and NCAA rankings in 2012. She slashed nearly one full second off of her previous outdoor PR en route to an impressive victory over Lady Tiger great and 2008 Olympian Neisha Bernard-Thomas of Grenada (2:03.71).

Lipsey set her previous outdoor best of 2:03.79 in her All-American fourth-place finish in the finals at the 2011 NCAA Division I Outdoor Track & Field Championships as a sophomore a season ago.

With that run in leading the Lady Tigers to the team title at the “Battle on the Bayou” on Saturday, Lipsey became the new NCAA leader over BYU’s Nachelle Mackie (2:03.02) and SEC leader over Tennessee’s Chanelle Price (2:03.36). Her season-opening time of 2:02.91 also vaulted Lipsey up four spots to the No. 5 position on LSU’s all-time outdoor performance list in the women’s 800 meters.

The Lady Tigers have also featured the SEC Women’s Runner of the Week in each of the last three weeks as Lipsey follows back-to-back selections by junior Kimberlyn Duncan on March 27 and April 3.