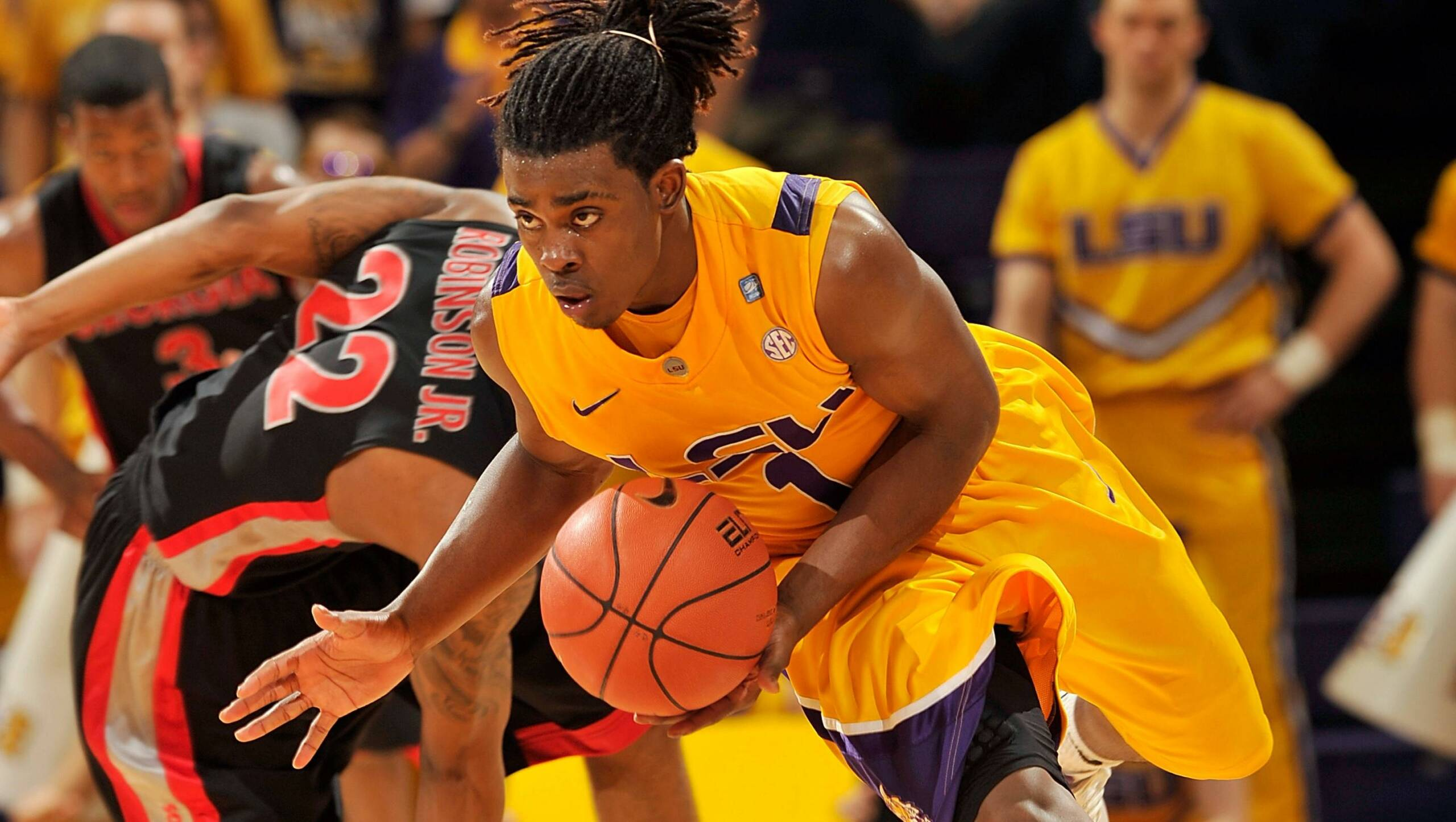 HAMMOND, La. – After concluding a season in which he was named an Associated Press Honorable Mention All-American, McNeese State University standout Patrick Richard was selected as the Louisiana Men’s Basketball Player of the Year in a release Saturday by the Louisiana Sports Writers Association.

First-year head coach Roman Banks of Southern was named the Coach-of-the-Year after guiding the Jaguars to a 17-win season and a second-place finish in the Southwestern Athletic Conference.

LSU’s Justin Hamilton was selected as the state’s Newcomer-of-the-Year and Tulane’s Ricky Tarrant was chosen as the Freshman-of-the-Year. The All-Louisiana Team is voted on by media members throughout the state of Louisiana and the nominating schools’ sports information directors.

Richard, a Carencro native and the lone player from 2011 to repeat as a first-team member, led the Southland Conference in scoring, averaging 17.9 points per game while grabbing 6.4 rebounds. The 6-foot-4 senior averaged 19.1 points per game in Southland Conference contests, where he was chosen as the league’s Player of the Year. Richard, who finished as the Cowboys’ 12th-leading scorer in school history with 1,625 points, joined a group of six players to lead his team in scoring for three years.

Banks, who spent the previous eight seasons as an assistant at Southeastern Louisiana and was an assistant at Southern from 1996-2002, took over a Southern program that had recorded a combined 15 wins the previous three years. Taking over a team that was picked to finish 10th in the league’s preseason poll, Banks led Southern to a 17-14 record. The Jaguars led the SWAC in field goal percentage defense holding opponents to 38.7 percent from the floor while finishing second in the league in scoring defense allowing 63.9 points per game.

Hamilton, a transfer from Iowa State, helped LSU return to the postseason for the first time since 2009 after he averaged 12.9 points and 7.2 rebounds – both team bests. The seven-footer earned Second-Team All-SEC honors and recorded four double-doubles, highlighted by a 23-point, 16-rebound performance against Ole Miss in the league opener.

Tarrant, the Conference USA Freshman-of-the-Year, led the Green Wave in scoring as he reached the 20-point mark in nine games during the season. The 6-1 guard earned First-Team All-Conference USA honors and was second among all players in league games averaging 18.2 points per game. He scored in double figures in 15 of Tulane’s 16 league games, paced by 33-point performances against SMU and UAB.

Richard, Hamilton and Tarrant were joined on the first team by Northwestern State’s William Mosley and Quincy Roberts of Grambling.

Mosley, a Shreveport native, capped off a stellar career for Northwestern State as he finished fifth in NCAA history with 460 blocks. The 6-7 post player blocked 4.1 shots per game for the Demons, finishing second in the nation behind Kentucky’s Anthony Davis. Mosley finished second on the team in scoring at 11.7 points per game and led the Southland Conference with 9.6 rebounds.

Roberts, a 6-5 guard, averaged 23.9 points (would have finished third among Division I players in 2011-12) in 20 games in his first season for Grambling after transferring from St. John’s. Named the SWAC Newcomer-of-the-Year and a first-team All-SWAC selection, Roberts scored 20 or more points 14 times on the season with a season-high 34 coming against Prairie View.