Track & Field to Host 'Battle on the Bayou' 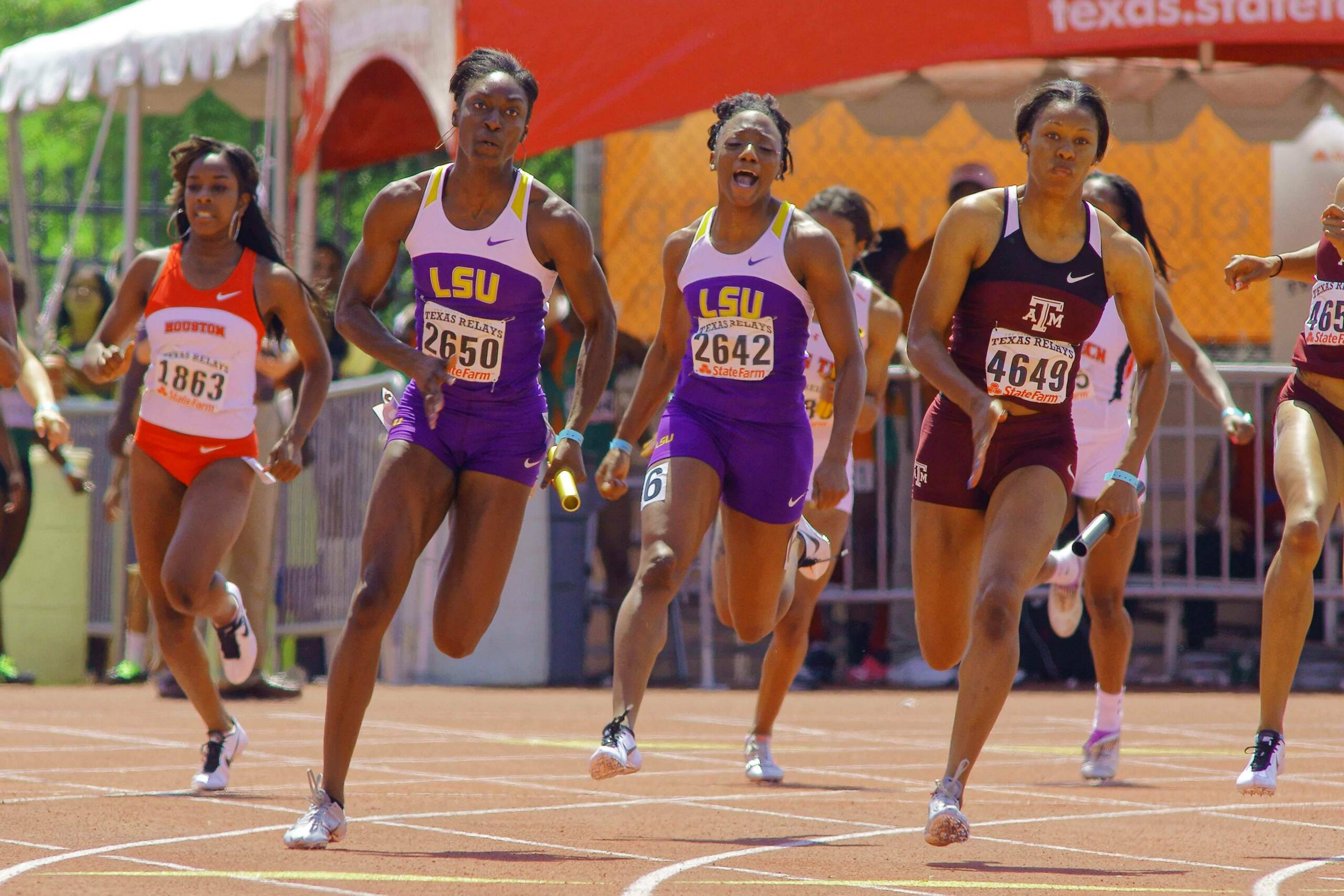 BATON ROUGE – The outdoor season kicks into high gear this weekend as the LSU Track & Field teams welcome eight elite programs from across the country to Bernie Moore Stadium on Saturday for the second-annual “Battle on the Bayou” in what is sure to be an exciting scored competition.

The Tigers and Lady Tigers are each ranked No. 2 nationally in the latest Top 25 power rankings released on Tuesday morning by the U.S. Track & Field and Cross Country Coaches Association.

The “Battle on the Bayou” will feature six nationally-ranked programs this weekend, as the Tigers will be joined by No. 7 Texas Tech, No. 9 Mississippi State and No. 20 Iowa and the Lady Tigers will compete at the Bernie Moore Track Stadium with the likes of No. 10 Texas Tech.

The afternoon session will begin at 1:45 p.m. CDT at the Bernie Moore Track Stadium following its brief opening ceremony. The team champions at the second-annual “Battle on the Bayou” will be crowned immediately following the running of the 4×400-meter relays at approximately 5:30 p.m.

The morning session is scheduled to begin at 10 a.m. with the women’s javelin on the west runway, while the field events will continue through the men’s hammer throw at 4 p.m.

Teams will be competing with the standard NCAA Championships scoring format of 10-8-6-5-4-3-2-1, as 10 points will be awarded to the first-place finisher down to one point being awarded to the eighth-place finisher in each individual event. In addition, one relay for each squad entered in the meet will be allowed to score in both the 4×100-meter relay and 4×400-meter relay during the competition.

Live results and live scoring updates from the meet can be found online at LSU’s official athletics website at LSUsports.net. Fans can also receive live updates from this year’s “Battle on the Bayou” by liking LSU Track & Field on Facebook and following @LSUTrackField on Twitter.

Twitter users are invited to join in the conversation by not only following @LSUTrackField, but also with the Twitter hashtag #BayouBattle in their tweets throughout Saturday’s action.

“These types of scored competitions are always exciting. We’re not only going to see some of the nation’s best performances tomorrow afternoon, but we also expect a tremendous team competition with many of the best programs in the NCAA joining us this weekend,” said LSU head coach Dennis Shaver. “That will be the focus of our teams as we have a chance to compete against some outstanding programs.

“This is a new tradition for us here at LSU as we continue what was started last year. We’re excited many of the teams from our inaugural event a year ago are back with us this weekend. We’re also pleased teams like Texas Tech, Penn State, Mississippi State, Houston and Missouri will also be competing.”

The Tigers and Lady Tigers are coming off a banner weekend in Austin at the 85th Clyde Littlefield Texas Relays a week ago while bringing eight event titles back home to Baton Rouge.

Led by wins in the 4×100, 4×200, sprint medley and distance medley relays, the Lady Tigers earned a title as the Most Outstanding Team of this year’s Texas Relays. It marked the fifth time in meet history that the LSU women have been chosen as the Most Outstanding Team at the Clyde Littlefield Texas Relays as they were also recognized for their performance in 1989, 1995, 1996 and 2003.

Lady Tiger junior Kimberlyn Duncan was also honored as the Most Outstanding Performer after claiming the women’s university 100-meter dash title with an NCAA-leading wind-aided time of 10.94 seconds for the 2012 season. Duncan also anchored the Lady Tigers to victory with national-leading runs in the 4×100 and 4×200 relays, while also running the second leg on LSU’s winning sprint medley relay.

That performance earned Duncan a repeat selection as the SEC Women’s Runner of the Week as she now owns four such awards between the indoor and outdoor seasons in 2012.

Tiger senior Kyron Blaise also earned a repeat selection as the SEC Men’s Field Athlete of the Week with his victory in the men’s university triple jump after raising his NCAA-leading wind-aided mark to 53 feet, 6 ½ inches during the competition. He also set a wind-aided personal record of 53-3 ¾ in his victory.

Blaise headlines LSU’s All-America hopefuls ready to make their 2012 outdoor debut in their events with Saturday’s “Battle on the Bayou” as he makes his first appearance outdoors in the long jump. He captured All-America honors in the event during the indoor season after taking seventh place overall at the national meet with a seasonal-best mark of 25-5 ¼ in the men’s long jump final.

The Lady Tigers feature three NCAA finalists from the 2011 season who will headline Saturday’s meet at the “Battle on the Bayou” on Saturday, including seniors Semoy Hackett (200 meters) and Cassandra Tate (400 hurdles) and junior Charlene Lipsey (800 meters) during the afternoon session.

After playing host to the “Battle on the Bayou” on Saturday afternoon, the Tigers and Lady Tigers make a Spring Break trip to sunny Arizona next week for the Arizona State/Arkansas/LSU Tri-Meet on Saturday, April 14, at Sun Angel Stadium in Tempe. They will then return to Baton Rouge for their next home meet on April 21 at this year’s LSU Alumni Gold at the Bernie Moore Track Stadium.