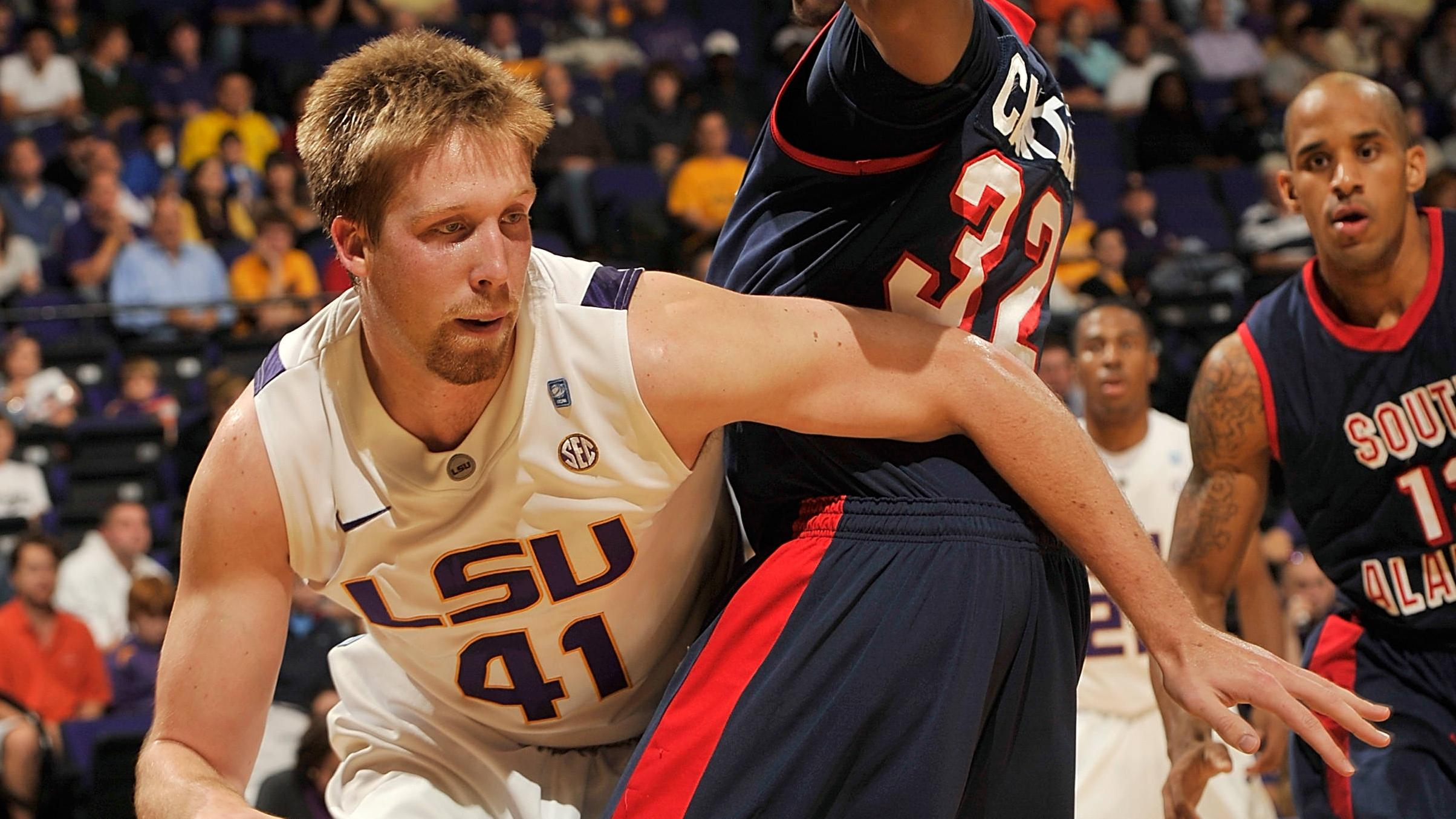 BATON ROUGE – LSU center Justin Hamilton has announced that he will leave LSU following the end of the spring semester to pursue a professional basketball career.

Hamilton spent two years at LSU after transferring following his sophomore year at Iowa State. He practiced with the LSU team during his transfer season of 2010-11 and then played for the TIgers during the 2011-12 season, earning second-team All-SEC honors by the league coaches.

Hamilton played in all 33 games, starting 32, while averaging 12.9 points per game and 7.2 rebounds and 1.4 blocks per game, while averaging 30 minutes a game. He had 25 games in double figures with four double-doubles, highlighted by a 27-point performance at Florida and 23 points and 16 rebounds against Ole Miss.

Hamilton will graduate with a degree in sociology.

“Justin Hamilton has done a good job for the LSU basketball program,” said LSU Coach Trent Johnson. “His development from the time he arrived prior to the 2010-11 season has been very impressive.  During this process, our responsibility as a basketball staff was to make sure we educated Justin and his family of the many challenges that will lie in front of him. He will graduate from LSU this semester and will have his degree in hand.  I and the members of our program wish him nothing but the best in his future.”