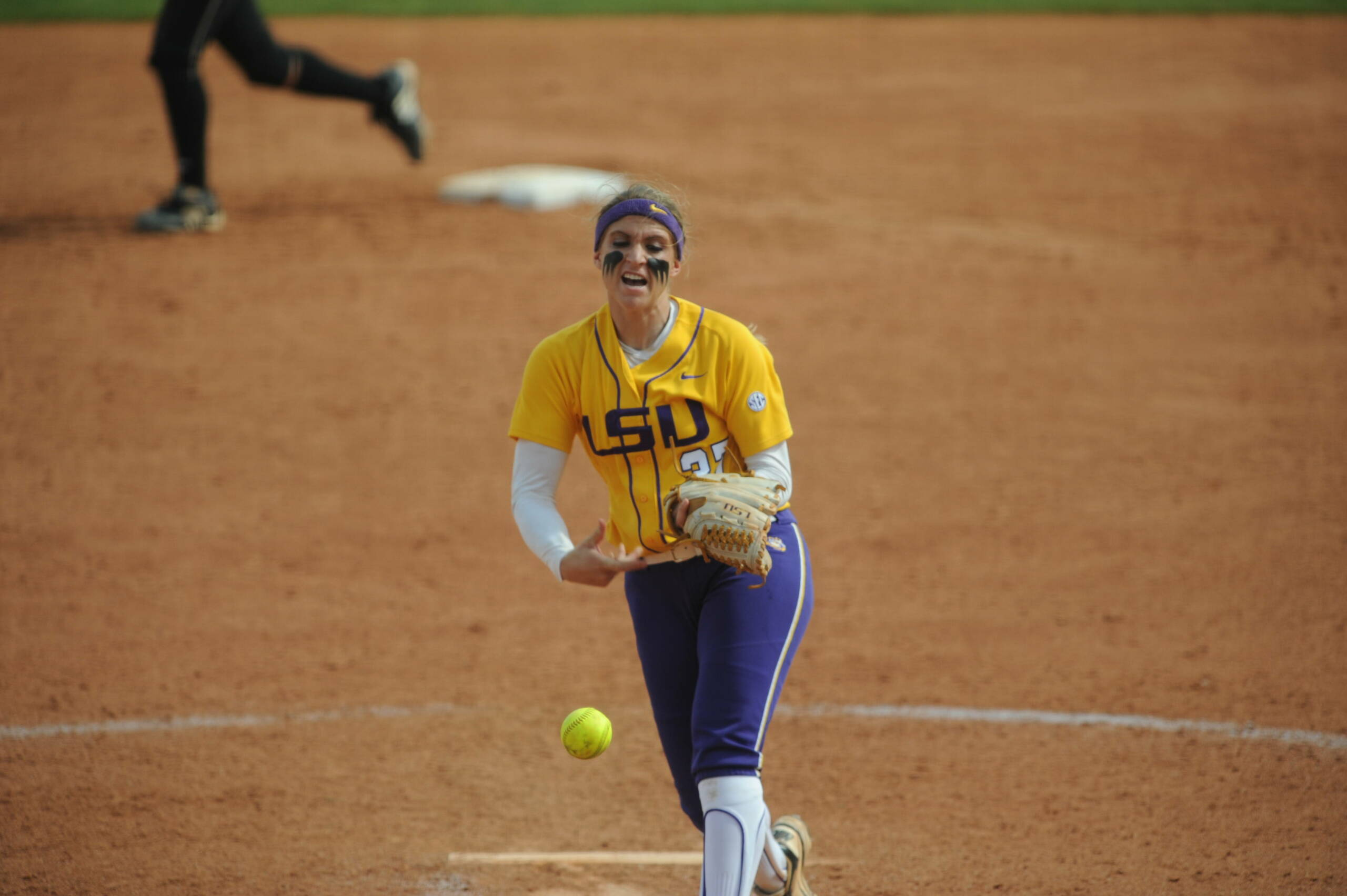 A junior first baseman for the Colonels, Andrus exploded for a .438 batting average, a five-game hitting streak and seven RBIs. She picked up four of those RBIs during a doubleheader sweep of Southeastern Louisiana. She also turned in a 3-for-4 performance with two doubles and three RBIs versus Louisiana-Monroe. The Eunice native capped the week and scored the game’s only run after a leadoff double against Texas State.

A junior hurler for the Tigers, Fico notched two more wins to her ledge and has won her last six decisions. She racked up 18 strikeouts versus two walks during LSU’s sweep of Arkansas. During the series opener, Fico fired in a season’s best 11 strikeouts and moved into seventh place on LSU’s all-time list. The 1-0 victory gave the Tigers a program-record five consecutive SEC shutouts. Outside a pair of solo homers during the series finale, Fico retired 21 of 24 batters faced as the Razorbacks were unable to put a runner to second base.

It’s the seventh career weekly award for Fico and first for Andrus from the LSWA.