No. 24 Softball to Face Nicholls 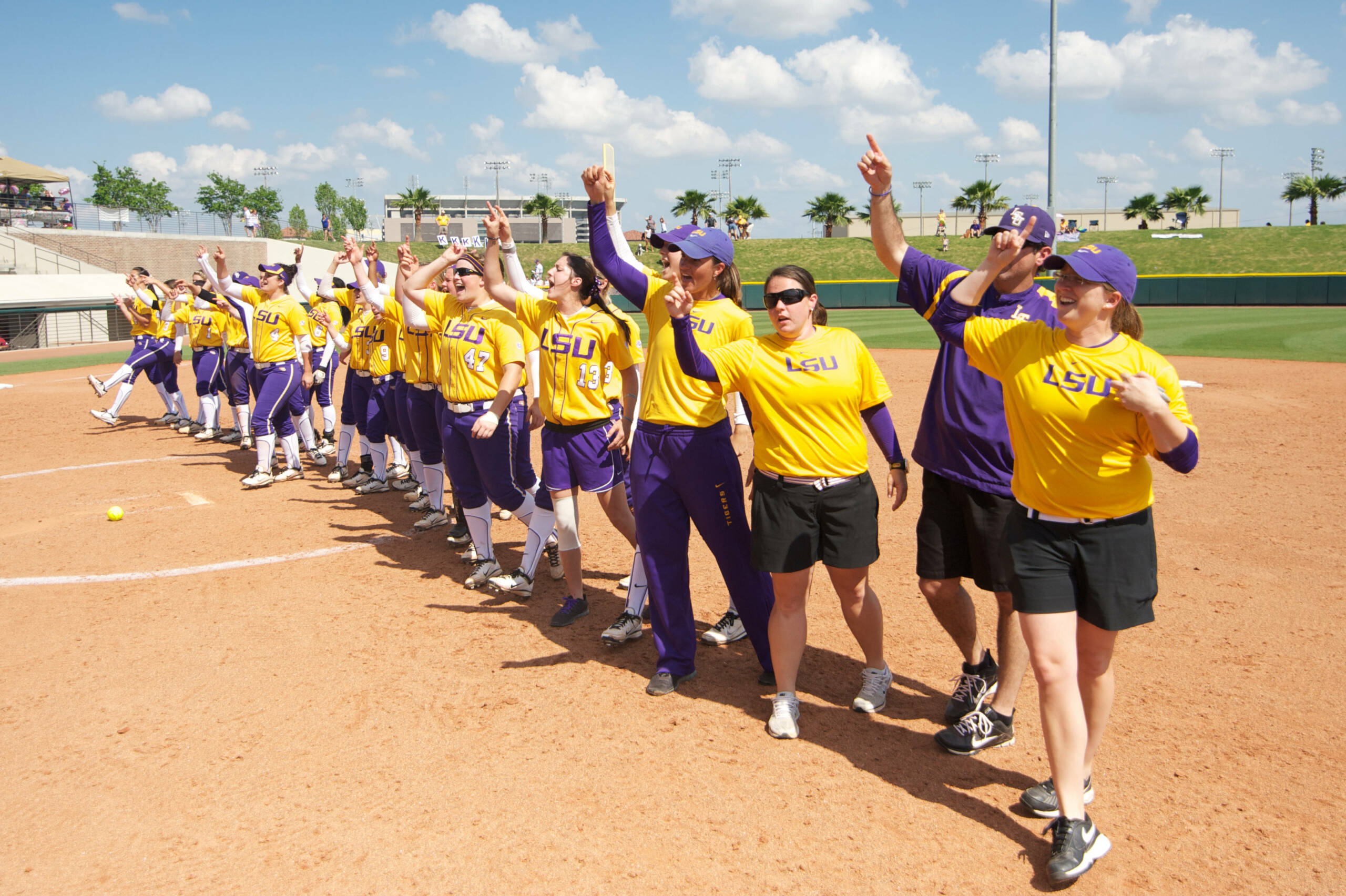 BATON ROUGE – The No. 24 LSU softball team concludes its season series with Nicholls State during a Wednesday tilt at Tiger Park. First pitch is slated for 6 p.m., and the first 750 fans will receive a set of 2012 LSU softball trading cards.

Live video, live audio and live stats are available inside the Geaux Zone on LSUsports.net. The game also will be carried live on Country Legends 104.9 FM in the Baton Rouge area with Patrick Wright set to call the action.

LSU (27-8) has won a SEC-leading 11 consecutive games and returned to the NFCA/USA Today Top 25 poll with a No. 24 national ranking. The Tigers also check in at No. 21 in the USA Softball/ESPN Top 25 rankings. It marks the first time since the preseason that LSU is ranked in both polls.

“I think that the players did a really nice job in the month of March,” head coach Beth Torina said. “We’ve had a schedule where we could really compete and really start to build some confidence. They’ve done everything we’ve asked them to and are in a great spot heading into the month of April, which gets a lot tougher for us.”

Nicholls (8-21) has emerged with victories during four of its last five Southland Conference contests. Ashley Ray headlines the Colonels with a .410 batting average, six home runs and 23 RBIs. Over the last five games, Leah Andrus and Ashley Bertot have combined for 14 hits. Andrus also has collected seven RBIs during that stretch.

Ashton Bennett and Katie Moulder have tallied four wins apiece for Nicholls in the circle. Bennett is coming off back-to-back victories over Southeastern Louisiana and Texas State.

LSU has picked up wins in 23 of its 24 previous meeting against Nicholls which includes a 10-2 five-inning triumph on March 7 in Thibodaux. Ashley Langoni, Kailey McCasland and Dylan Supak ripped two hits each to fuel the Tigers. The trio also teamed up to score five runs and drove home six RBIs.

Juliana Santos has recorded hits in 19 of her 28 appearances, including four of her last five outings en route to a team-best .342 batting average. Her 26 hits and 17 RBIs are second on the team behind Langoni.

As for Langoni, the senior left fielder has ripped a team-high five home runs and drove home 24 RBIs. Her two RBIs during the middle game of the Arkansas series enabled her to move into sole possession of eighth place on LSU’s all-time list.

Ashley Applegate is riding a season’s five-game hitting streak and has boosted her average 29 points to a .242 ratio during the run. She provided the game-winning, two-run single Sunday against Arkansas in the sixth inning of the series finale.

“The seniors really continue to do an excellent job especially in the last Arkansas game,” Torina said. “We’re really starting to see the experience of the senior class paying off. They always have an answer back, and they’re willing to fight for what they want which is a championship.”

Allison Falcon has compiled a four-game hitting streak and tallied a .338 hitting clip. Her 15 RBIs are third on the team.

A.J. Andrews has racked up 14 of her 18 hits since March 9 and her average has climbed up to .321 for the season. She also has scored nine of her 12 runs during that stretch.

Jacee Blades has garnered a .311 batting and has hit safely in six of her last eight games since becoming the starting designated player on March 20.

LSU’s pitching staff has amassed a 1.36 ERA, second-lowest in the SEC. Brittany Mack and Rachele Fico have won their last nine and six decisions, respectively. The duo has registered a combined 223 strikeouts over their 208 frames of action.

Meghan Patterson is 2-0 and has racked up 32 strikeouts in her 24.1 innings of work. She has pieced together a staff-best 18 straight scoreless innings dating back to February 26.