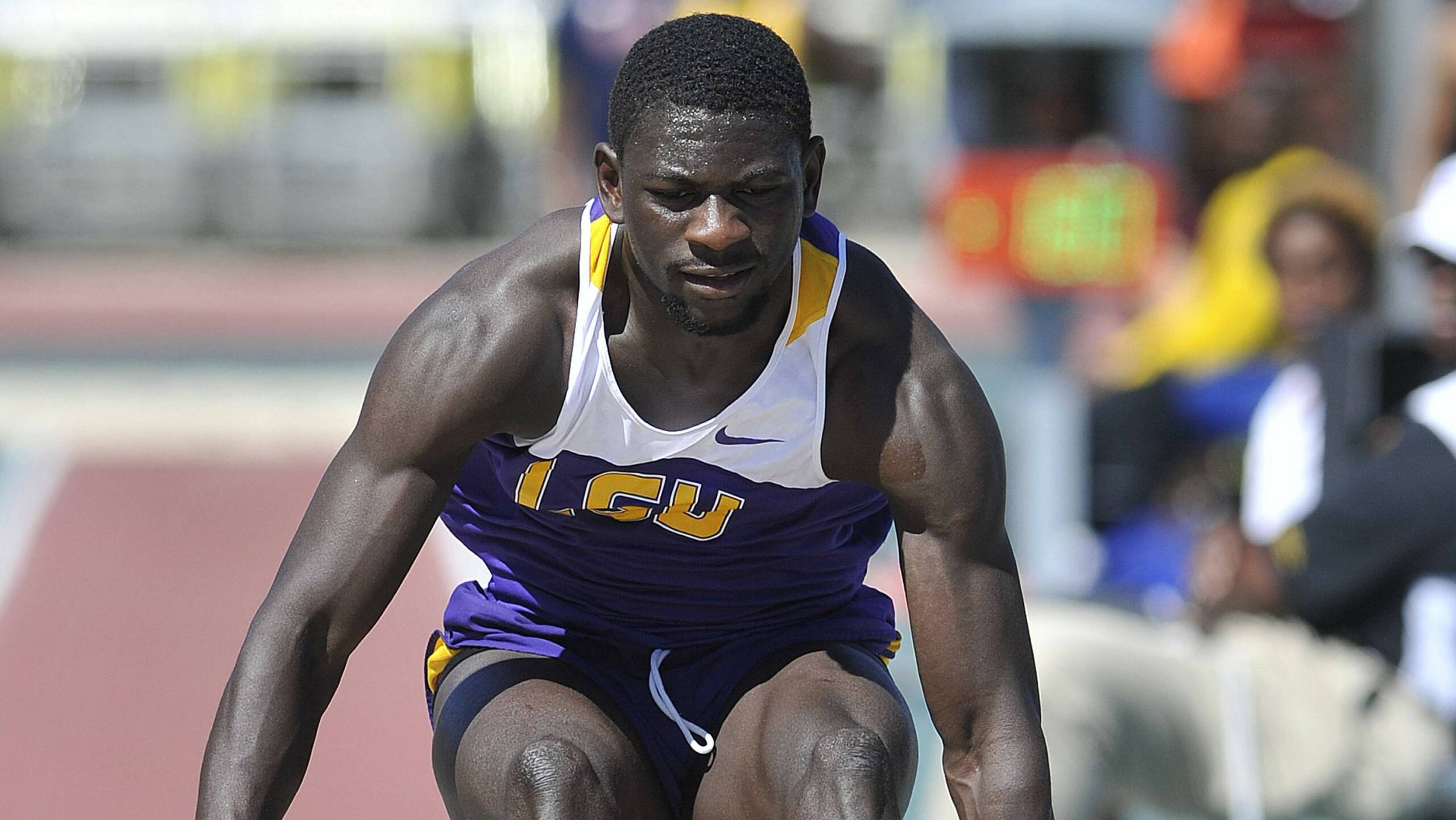 BATON ROUGE – Following a historic weekend for the Tigers and Lady Tigers at the 85th Clyde Littlefield Texas Relays, two LSU Track & Field athletes have received repeat selections as SEC Athletes of the Week as announced by the Southeastern Conference office on Tuesday afternoon.

It came as no surprise when Lady Tiger junior Kimberlyn Duncan was honored as the SEC Women’s Runner of the Week following her selection as the Most Outstanding Performer of the 2012 Texas Relays.

Tiger senior Kyron Blaise also earned a repeat selection as the SEC Men’s Field Athlete of the Week with his NCAA-leading performance in taking the Texas Relays title in the triple jump.

A sprinter from Katy, Texas, Duncan enjoyed her homecoming this past weekend as she earned the honor as Most Outstanding Performer of the Texas Relays after leading the Lady Tigers to four event titles and a total of four NCAA-leading performances at Mike A. Myers Stadium.

Duncan became the first Lady Tigers since Kelly Baptiste in 2008 to win the women’s university 100-meter dash championship at the Texas Relays as she clocked a career-best wind-aided time of 10.94 seconds in Saturday’s final for an easy victory by .15 seconds over the rest of the field. Her effort tied her as the No. 6-ranked performer under all conditions in the 100-meter dash in NCAA history. She made her 2012 season debut in the 100 meters on Friday while running a wind-legal time of 11.26 in the prelim.

Duncan’s wind-aided run of 10.94 in the final ranks No. 2 worldwide under all conditions, while her legal time of 11.26 in her season opener is No. 4 in the world rankings for wind-legal races in 2012.

With her performance, Duncan became the sixth Lady Tiger to be named the Most Outstanding Performer at the Texas Relays, joining a distinguished list that also features Schowonda Williams (1987), Dawn Sowell (1989), Dawn Bowles (1992), Cheryl Taplin (1994) and Lolo Jones (2003).

Blaise snapped a nine-year drought as LSU’s first Texas Relays champion in the men’s triple jump with a personal-best performance on Friday night in extending his NCAA lead in the event this season.

Blaise took control of the competition early on after posting a seasonal-best wind-aided mark of 53 feet, 6 ½ inches on his second jump of the preliminary round. He followed by setting a new wind-legal PR on his third jump with a strong mark of 53-3 ¾ to solidify his Texas Relays victory and become the first Tiger to take the title since the great John Moffitt accomplished the feat in 2003.

While jumping a series-best of 53-6 ½w, Blaise improved his No. 1 ranking in the NCAA this spring with all-conditions marks as he entered the meet with a previous seasonal-best of 53-5w. In addition, his PR of 53-3 ¾ moved him into No. 9 spot on LSU’s all-time outdoor performance list in the event.