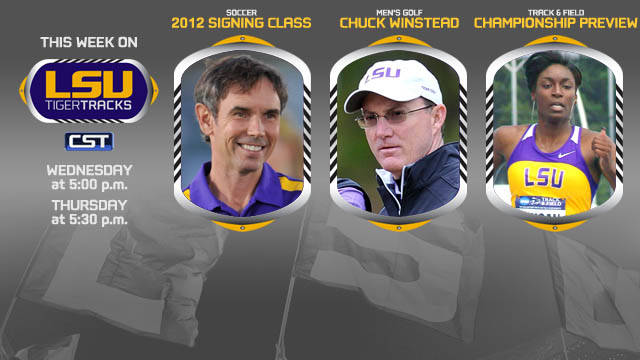 BATON ROUGE – This week’s edition of LSU Tiger Tracks, a program highlighting various aspects of the university and its athletic department, can be seen at 5 p.m. Wednesday and 5:30 p.m. Thursday on Cox Sports Television.

LSU Tiger Tracks begins this week with a visit from men’s golf coach Chuck Winstead, who previews the Tigers’ 2012 spring season. LSU tees off next week at the John Hayt Invitational in Ponte Vedra Beach, Fla.

Walvoord also takes an inside look at the 2012 LSU soccer recruiting class during an interview with coach Brian Lee.