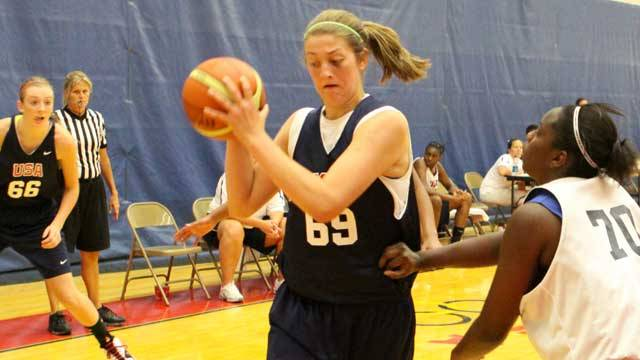 Players must have been born on or before Jan. 1, 1992 to be eligible for the 2010 FIBA Americas U18 Championship, and the selections were made by the USA Junior National Team Committee, which is chaired by Sue Donohoe, the NCAA’s vice president for Division I women’s basketball. The team will now stay in Colorado Springs to train before competing in the 2010 FIBA Americas U18 Championship for Women.

Plaisance, who will be a true freshman in the fall at LSU, led Vandebilt Catholic High School to its first-ever state championship in April. The Lady Terriers topped Jennings in the Class 4A title game and Plaisance scored a game-high 24 points with 11 rebounds and five blocked shots to earn most outstanding player honors.

Plaisance is a 2010 McDonald’s All-American and the Class 4A Player of the Year. She averaged 16 points and 10 boards per game as a senior. Plaisance played her freshman and sophomore seasons at Ursuline Academy of New Orleans before transferring to Vandebilt.

Plaisance, ranked the No. 8 post player in the nation and the No. 40 overall by ESPN, is the daughter of DoBee Plaisance, current women’s basketball head coach at Nicholls State.