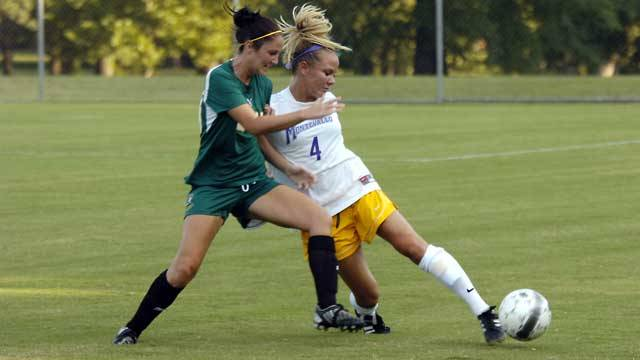 BATON ROUGE – In its quest for the program’s first SEC championship and fourth-straight SEC Western Division crown, the LSU soccer team received a tremendous boost Monday as head coach Brian Lee announced the addition of Canadian international Natalie Martineau to the roster for the 2010 season.

Martineau joins the LSU program for her junior campaign in the fall after competing for two seasons with the Falcons of the University of Montevallo in 2007 and 2009.

With extensive experience as a member of the Under-20 Canadian Women’s National Team and as an all-conference and all-region performer at Montevallo of NCAA Division II, Martineau is sure to provide the LSU attack with the support it needs as both an attacking and wing midfielder.

“We are excited that Natalie will be joining our program this summer. She is a box-to-box player that will bolster our midfield unit as soon as she steps on campus,” Lee said. “We are fortunate to add a player of her experience and pedigree. We have a strong history of Canadian youth internationals flourishing in our program with the likes of Caroline Vanderpool, Allysha Chapman and Taryne Boudreau in recent seasons and Tiger fans can expect Natalie to play a big role in our future success.”

Martineau is coming off a sophomore season in 2009 in which she scored three goals and dished out eight assists for 14 points for the Falcons. With her performance, she was honored as a Second-Team All-Peach Belt Conference and NSCAA/adidas Third-Team All-Southeast Region selection this past fall.

Martineau started 41 of 42 matches in two seasons at Montevallo while helping the Falcons win their first conference championship in 2007 as a member of the Gulf South Conference.

“There is no doubt that Natalie has the experience and maturity needed to step in right away and fill a role for us in the midfield,” Lee said. “She has the versatility to play either in the middle or on the wing. She is set to join us in the summer, which should make for a smooth transition into the program.”

Not only is Martineau sure to add a spark to LSU’s offensive attack this fall, but she will also strengthen a talented junior class that features Second-Team All-SEC performer Allysha Chapman, all-conference contenders Taryne Boudreau and Mo Isom, returning starter Kellie Murphy and Nazily Alcoser.

The Tigers will open the 2010 season as the three-time defending SEC Western Division champions and a team with three-straight NCAA Tournament appearances under its belt.

LSU tied a school record for wins in a season a year ago when it posted a 15-4-5 overall mark, including a school record 8-2-1 record with 25 points in Southeastern Conference play. The Tigers earned a runner-up finish in the final SEC standings for the second-straight season in 2009 en route to the team’s first berth in the SEC Tournament final. The team also played as a No. 4 national seed in the NCAA Tournament while hosting the first and second rounds for the first time in program history.