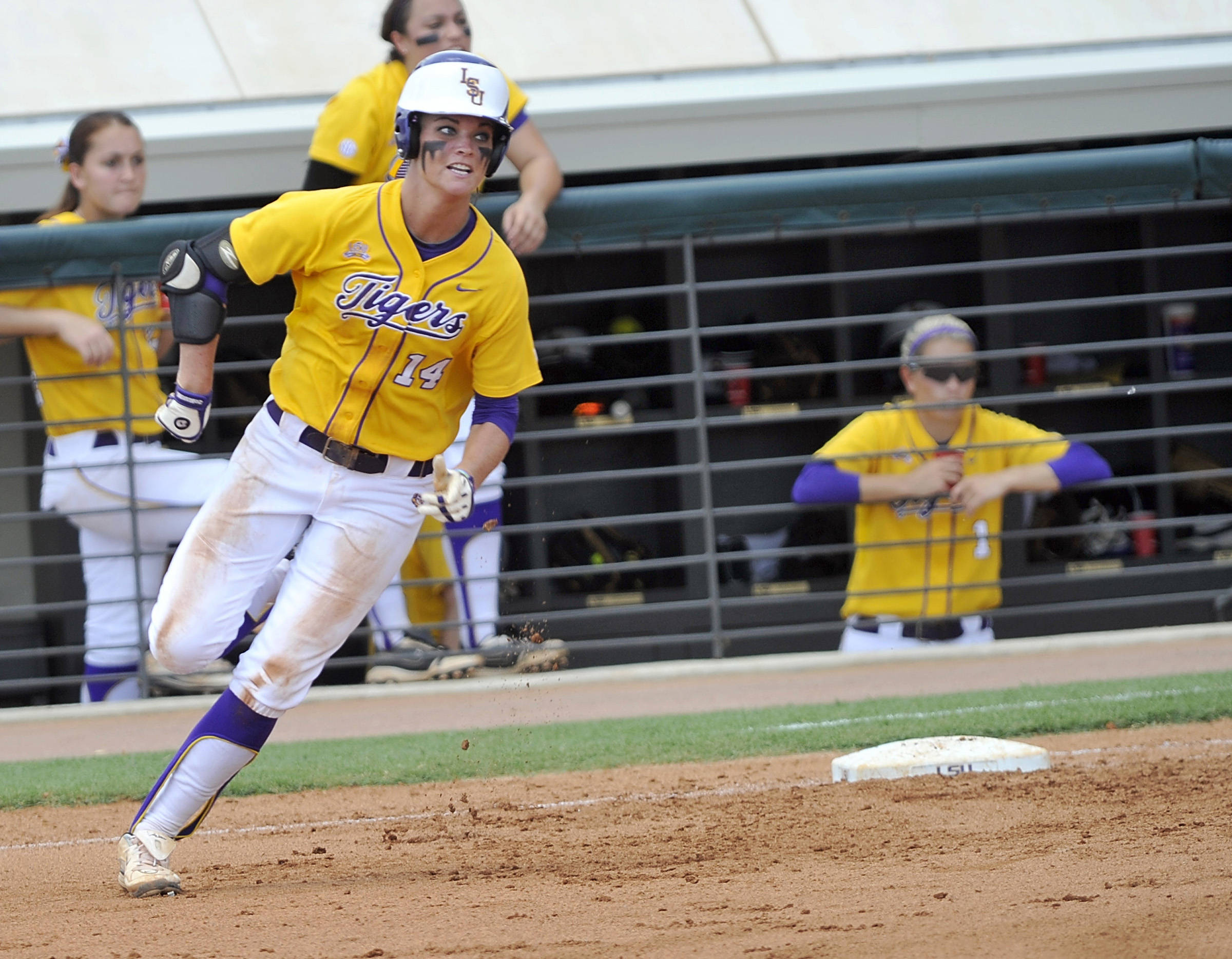 Shortridge, a NFCA All-South Region and All-SEC First-Team performer, slapped hits in 50 of 61 games sparked by a pair of nine-game runs. Her 89 hits were the second-most for a single season, while her 45 stolen bases matched Dee Douglas’ single-season mark. After going homerless for the entire regular season, Shortridge ripped a trio of long balls during the postseason highlighted by a two-run walk-off bomb against Kentucky in the SEC Quarterfinals.

Fico posted a 20-7 record with a SEC-leading 1.15 ERA. Her strong freshman season also included a program single-season record of five saves to go along with 10 wins against the RPI Top 50. The Oxford, Conn. native totaled four or more strikeouts in 20 of her 22 appearances over 3.0 innings of work, including a career-best 11 Ks against Texas A&M.

LSU placed Ashley Applegate, Rachel Mitchell, Cody Trahan and Anissa Young on the All-Louisiana Second Team. Applegate tallied 12 multi-hit efforts only behind Shortridge and Mitchell. LSU was 28-0 on the season when Applegate crossed the plate. Mitchell connected for a .345 hitting clip and notched seven homers to go along with a team-best 45 RBIs. In the process, Mitchell became LSU’s all-time home run leader en route to 16 multi-hit and 14 multi-RBI performances.

Trahan finished a 13-5 record to go along with a 1.47 ERA, second-lowest in the SEC. She produced 124 strikeouts against only 25 walks, surrendered only 33 runs in 133.0 innings of action and secured seven wins over RPI Top 50 opponents. Young cranked eight home runs to go along with 39 RBIs. The Tigers were 19-2 on the season when Young recorded a RBI. She was hit-by-a-pitch 20 times for a program single-season record.

Ashley Langoni, Brittany Mack and Jessica Mouse came away with LSWA Honorable Mention status. Langoni knocked a team-best nine homers to go along with 34 RBIs, Mack turned in a 9-3 record with 81 strikeouts in 88.0 frames of work. Her 1.59 ERA ranked fourth in the SEC. Mouse anchored the LSU defense to a SEC-best .976 fielding percentage and chipped in 25 RBIs at the plate from the No. 9 spot in the lineup.