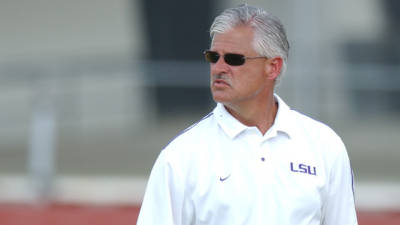 BATON ROUGE – In the wake of the Lady Tigers’ victory at the 2010 SEC Outdoor Track & Field Championships a week ago, head coach Dennis Shaver and freshman sprinter Takeia Pinckney have been honored by the SEC with one of the league’s individual postseason awards announced Monday afternoon.

With Shaver’s coaching, the Lady Tigers captured their 11th SEC Outdoor crown and their 22nd SEC team championship all-time with a dominating victory at the SEC Outdoor Championships held at Tennessee’s Tom Black Track at LaPorte Stadium in Knoxville from May 13-16.

In four days of competition, LSU racked up 132 points for the meet for a comfortable victory over runner-up Florida (107.5) to win its third SEC Outdoor championship in the last four seasons.

An All-SEC performer in her first season with the Lady Tigers, Pinckney proved to be the No. 1 freshman sprinter in the Southeastern Conference with her performance in 2010.

A native of Atlanta, Ga., Pinckney enters the NCAA Preliminary Rounds as the No.1-ranked freshman for the SEC in both the 100 meters and 200 meters in 2010. She also ranks No. 3 this season among freshmen in the NCAA in both sprinting events, while she has also run the third leg on the third-fastest 4×100-meter relay team in the country with a seasonal-best time of 43.25.