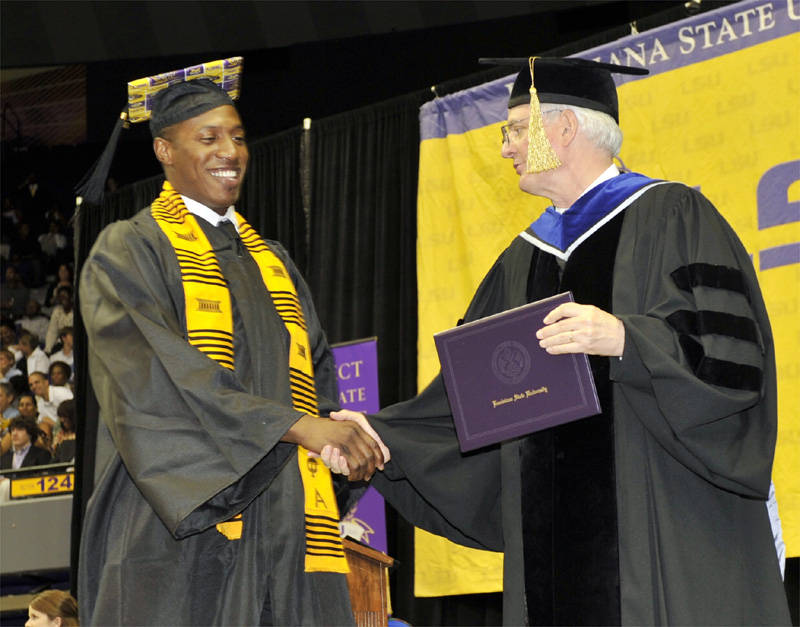 BATON ROUGE – Tasmin Mitchell, who this past season was the last starter on the 2006 NCAA Final Four team to play at LSU, received his diploma Friday in ceremonies on the campus.

Mitchell was a freshman when he started every game in a magical 2006 season that would lead to a Southeastern Conference regular season title in 2006 and an appearance in the Final Four after defeating No. 1 seed Duke and Texas in the regional rounds. Mitchell also was on the SEC title team of 2009, making him one of just nine players in the over 100-year history of the men’s basketball program to start on two SEC Championship teams.

Mitchell, from Denham Springs, received his diploma in communication studies.

Also graduating was another member of the 2009 SEC Championship team, Terry Martin, from Monroe.

Martin played two and half seasons at LSU after transferring from Texas Tech.