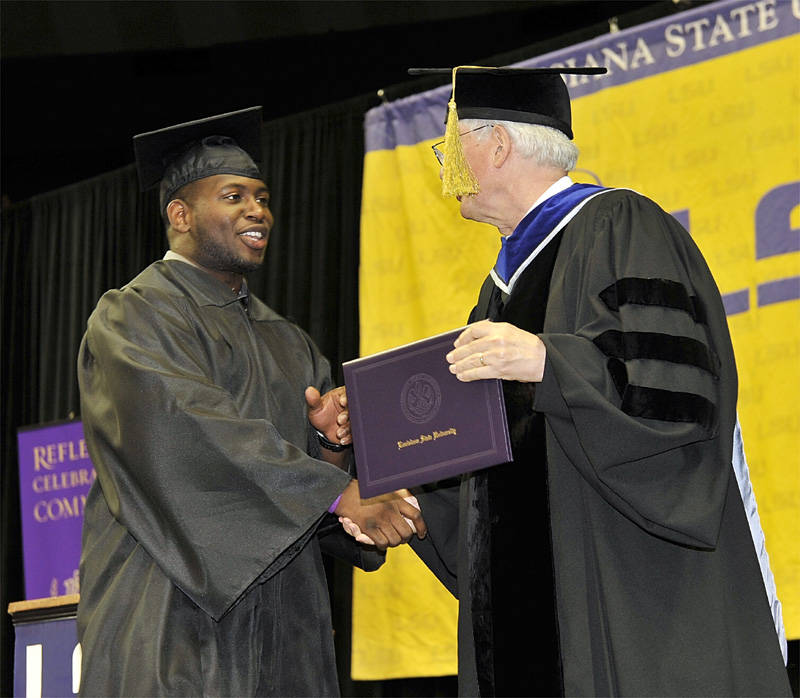 BATON ROUGE – Nine members of the LSU football team graduated from the university on Friday as LSU held its annual Spring Commencement.

The nine football graduates now means that 17 members of LSU’s 23-player 2009 senior class are leaving LSU with both a degree and a national title to their credit.

“Our mission as a program is to play for championships and to graduate and these 17 players have accomplished that,” LSU coach Les Miles said. “I’m proud of every one of these players because of the sacrifices and the dedication that it takes to get a college degree and at the same time, have great success on the football field.

“These guys are leaving behind a legacy and a standard that our younger players have to maintain. Graduating and playing for championships, that’s the standard at LSU and it’s the level of excellence that we expect with our team.”

LSU will add another name to the graduation list this summer when return specialist Trindon Holliday, a sixth round draft pick of the Houston Texas, will get his degree. Holliday is just three hours shy of earning his diploma.

Going to back the 2007 season, LSU has graduated 52 of its 65 seniors, including 19 of 24 from the 2007 national championship team and 16 of 18 from the 2008 squad. Ten of the 13 players during that stretch who haven’t completed their requirements for graduation are currently playing in the NFL.