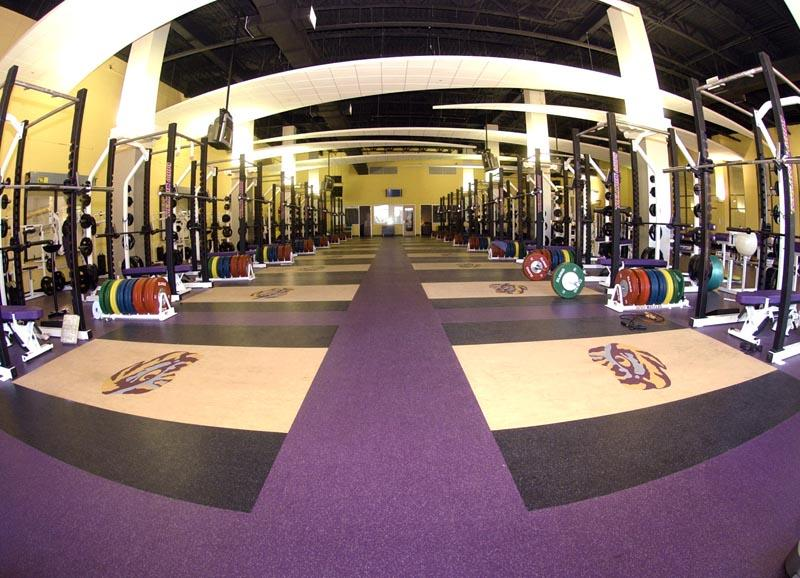 The LSU football team just completed the spring portion of its offseason strength and conditioning program and some of the numbers that members of the squad posted during its testing last week were staggering.

Each spring, during the week prior to final exams, strength and conditioning coach Tommy Moffitt puts members of the football team through a battery of “tests” to see how much stronger and faster each player has gotten during the offseason program.

If last week’s testing numbers are any indication, then the Tigers have been working extremely hard in the weight room and in their speed training sessions this spring.

“Our football team works very hard, just as hard as any college football team in America,” Moffitt said. “Everyone, including coaches from other schools, who visit us during the winter and spring all say that our teams’ intensity and focus to what they are doing is the best that they have ever seen.

“Our football team has worked very hard this offseason and our testing is proof of that. Their attention to detail, intensity and willingness to do extra have been outstanding and it shows in their test results.”

Among the highlights of the testing for the Tigers was that of defensive tackle Drake Nevis, who led the team in three categories, which included setting a school-record, along with center P.J. Lonergan, in the clean at 374 pounds. Nevis also went 396 pounds in the jerk and 475 pounds in the bench press.

Cornerback Patrick Peterson was hand-timed at 4.2 in the 40-yard dash, while fellow cornerbacks Ron Brooks (4.23), Drayton Calhoun (4.24) and Morris Claiborne (4.25) all went sub-4.3 in the hand-timed 40. Peterson also went 535 pounds in the squat, ranking second on the team along with Nevis. Freshman linebacker Kevin Minter led all Tigers in the squat at 545 pounds. Freshman Michael Ford produced some impressive numbers, including a team-best 42 inches in the vertical jump and 352 pounds, which ranked second on the squad, in the clean. Ford also benched 425 pounds and squatted 510 pounds, both ranking among the top five on the team.

“Our players come to work and give outstanding effort in the weight room each day,” LSU coach Les Miles said. “Coach Moffitt and his staff have done a tremendous job this offseason with our players and the test results prove it.

“This team has made a commitment to excellence both on and off the field and the work that they’ve put in this semester is an example of their dedication and determination. I’m looking forward to the summer and getting this team ready for the 2010 season.”