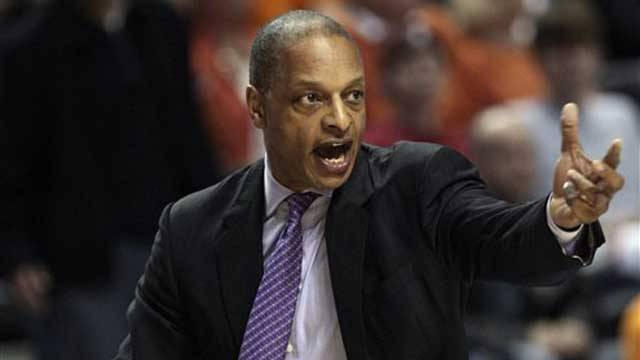 BATON ROUGE – Members of the LSU basketball staff are on the road Thursday and Friday for important meetings, none more so than the Board of Directors meeting of the National Association of Basketball Coaches that head coach Trent Johnson will be attending.

Johnson left Wednesday for Indianapolis where this year’s meetings are taking place. Thursday session will deal with some of the recent topics and events regarding college basketball, including the chance for many to meet the new President of the NCAA, former LSU and Washington Chancellor Dr. Mark Emmert.

Also discussed in the board meeting will be the new NCAA basketball tournament television contract recently signed by the NCAA and CBS/Turner plus the obvious discussion of the new field of 68 teams. Also Len Elmore, the new CEO of iHoops, will visit the group. iHoops is trying to bring some order to youth basketball in the United States and Canada through integrating education and basketball.

Also on Thursday, the NABC Board and staff will get their chance to look at NCAA selections by taking part in a mock selection and bracketing process session.

The event concludes on Friday with the joint meeting of the NABC and NCAA boards.

Donny Guerinoni, entering his third year as assistant coach at LSU, and Nunez, the senior associate athletic director at LSU who oversees the sport of men’s basketball, will be in Beaverton, Ore., for the annual seminar co-sponsored by Virginia Commonwealth University and Nike.

Held at the Nike Campus, Villa 7 is a partnership between the Center for Sport Leadership at VCU and Nike to bring together university athletic officials and the country’s elite assistant basketball coaches in an effort to prepare the next generation of college basketball leaders.

In 2004, Villa 7 began as a forum where athletic directors could share ideas and meet with the country’s elite assistant basketball coaches. The success of the first symposium held in Charlotte, N.C., led the Center for Sport Leadership at VCU and Nike to form a partnership based on this identical rationale: that the seminars can positively affect the future of college basketball and help prepare the next generation of college basketball leaders.

The men’s coaches in attendance will hear from various athletic officials and basketball coaches such as Jim Boeheim of Syracuse, Brad Stevens of Butler and Mike Anderson of Missouri, while Buzz Williams of Marquette will lead a discussion on what a head coach should do on the first 100 days as a head coach.

So far since the event was first held, over 50 assistant coaches who attended the event have gone on to be either men’s or women’s head coaches.