Men's Golf to be No. 5 Seed in NCAA Regional 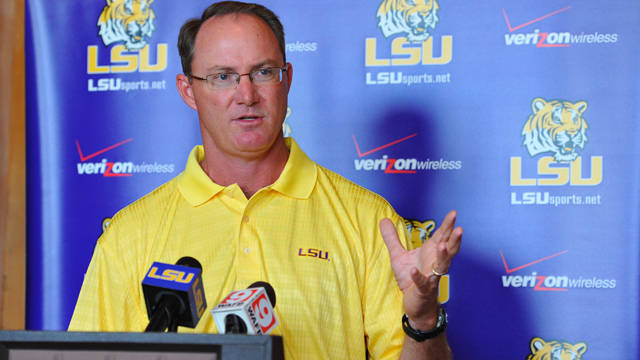 BATON ROUGE – The 26th-ranked LSU men’s golf team learned Monday afternoon that its road to the 2010 NCAA Division I Men’s Golf Championships will go through South Bend, Ind. as it was selected to compete as a No. 5 seed in the NCAA Central Regional to play May 20-22 at The Warren Golf Course.

This marks the third year in a row that the Tigers will compete in NCAA Regional play as they received a berth into the NCAA West Regional in 2008 and NCAA South Central Regional in 2009.

The Tigers have enjoyed an outstanding 2009-10 campaign that includes three tournament championships and a fifth-place finish at the 2010 SEC Men’s Golf Championships. LSU has won three tournament titles for the second-straight season as it is the reigning team champion at the David Toms Intercollegiate at the Country Club of Louisiana, the Louisiana Classics and the Hootie at Bulls Bay Intercollegiate.

“We’re excited about the opportunity to compete in the Notre Dame regional. It’s a very talented regional field with a lot of successful programs,” said LSU head coach Chuck Winstead. “Our goal is not to just go there and qualify. We’ll go to Notre Dame with the mindset of playing to win the event.

“I’m comfortable in our team that if we go there and play our game and the way we know how to play we will be satisfied with the outcome. We will not change our mindset just looking to qualify for NCAAs.”

This marks the second-straight season in which the NCAA will use six regional tournaments to determine its 30-team field that will tee off at the NCAA Championships. A total of 81 teams have been selected for NCAA Regional play this season with as many as 14 teams competing in each regional.

The top five teams at each regional site will earn the right to tee it up in the 2010 NCAA Division I Men’s Golf Championships at The Honors Course in Chattanooga, Tenn., from June 2-5.

The Tigers fell one spot and three strokes shy of qualifying for the NCAA Championships a year ago with a sixth-place finish at the NCAA South Central Regional Championships held in Stillwater, Okla.

Listed below are the teams and individuals selected to participate in the championships. Teams winning automatic qualification are designated by their conferences in parentheses.

The Texas A&M University, College Station men’s golf team won the 2009 NCAA Division I Men’s Golf Championships, capturing their first NCAA men’s golf title in school history. Texas A&M defeated the University of Arkansas 3-2 in the final round of match play competition. At the end of three rounds of stroke play, Matt Hill, North Carolina State University, took home the individual title. Hill recorded a 2-under-par 69 for each of his three rounds. The tournament was held at the Inverness Club in Toledo, Ohio, and was hosted by the University of Toledo.