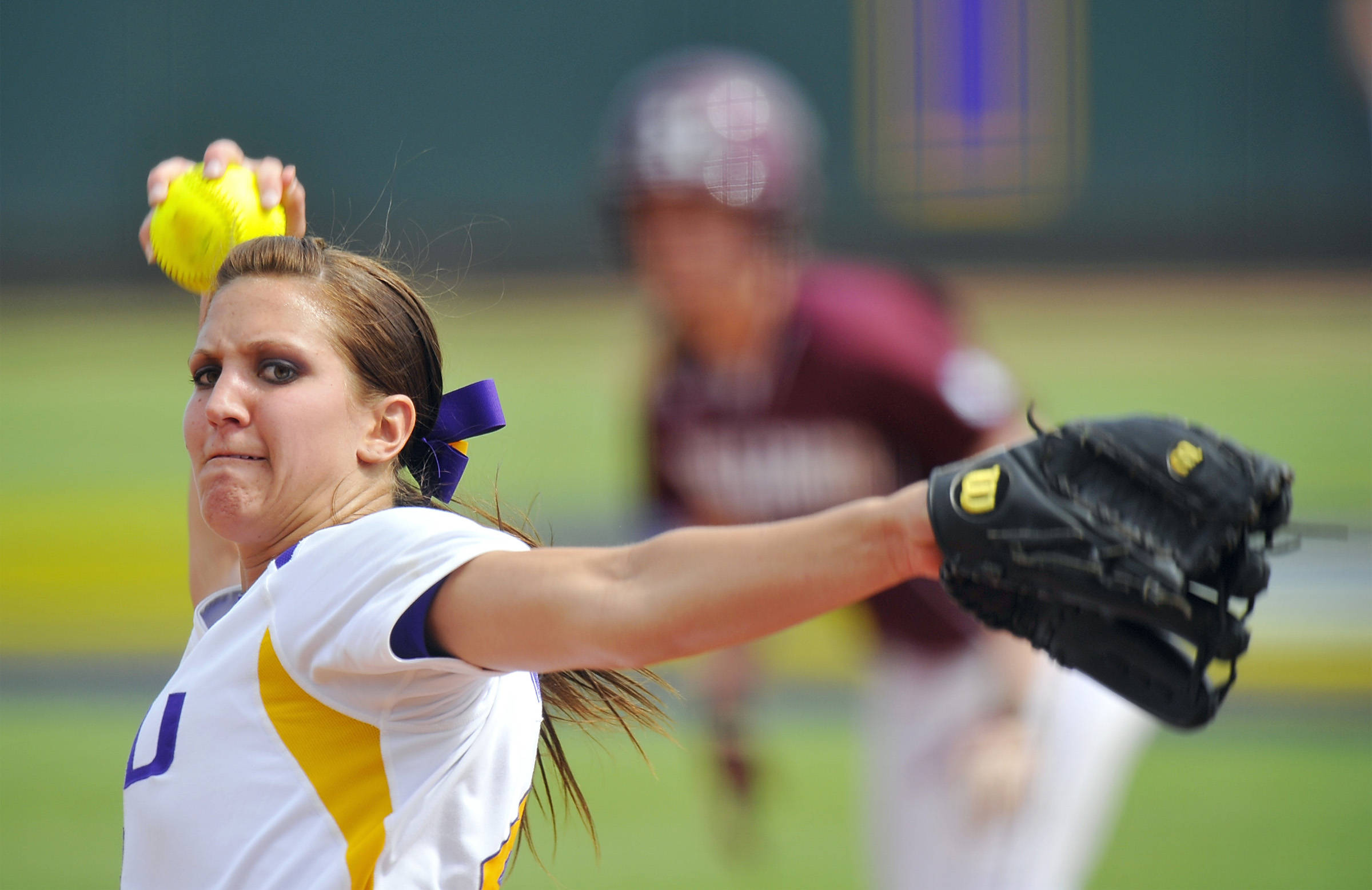 “Brittany works extremely hard not only in the bullpen but also in the classroom. This award is a direct reflection of her diligence and attention to detail,” head coach Yvette Girouard said. “She has had a strong sophomore season, and we look for her to finish the season on an excellent note.”

Mack, a 2009 SEC Freshman Academic Honor Roll recipient and NFCA Scholar Athlete, has followed up her solid freshman season with a stellar sophomore campaign en route to a 9-3 record and a 1.59 ERA. She is a major part of LSU’s pitching staff that headlines the SEC and ranks third nationally in ERA. Her individual 1.59 mark also ranks third in the conference.

Mack has won eight of her last nine decisions, including league wins over South Carolina, Auburn, Mississippi State and Kentucky highlighted by a one-hit gem over the Gamecocks. During Mack’s three losses, LSU’s offense has provided the right-hander with only one run of support which includes a 2-0 decision to No. 2 Michigan and a 2-1 setback at No. 14 Texas. She posted a season-best eight strikeouts versus the Wolverines and Longhorns, respectively.

LSU wraps up the regular season schedule with a weekend series at No. 16 Tennessee. Saturday’s doubleheader is slated for an 11 a.m. start followed by a 1 p.m. single game on Sunday. Games one and three of the series will be televised on ESPN and ESPNU with Cara Capuano and Michele Smith anchoring the coverage.

All three games will be broadcasted live on ESPN 104.5 and The X 104.9 FM in the Baton Rouge area with Patrick Wright and Matt Dunaway set to call all the action. Live stats also will be available in the Geaux Zone on LSUsports.net in addition to in-game updates via http://twitter.com/lsu_softball.