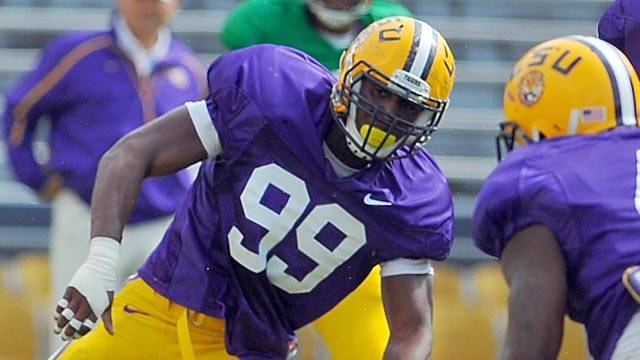 Montgomery, a redshirt freshman from Greenwood, S.C., impressed LSU coaches during the spring, so much that he emerged from the 15 days of practice in a battle with Lavar Edwards for a starting role at defensive end.

In four scrimmages during the spring, Montgomery tallied a team-high 23 tackles go to with five sacks and two tackles for losses. He also added a pair of pass breakups and one quarterback hurry.

Montgomery capped his first spring practice with the Tigers with three tackles and a pair of sacks in the spring game.

For his efforts during spring training, Montgomery was honored with the Toby Caston Performance Award, which goes to the outstanding defensive performer for the Tigers.

Other players from the Southeastern Conference on the Sporting News All-Spring Team include: running back Vick Ballard from Mississippi State, defensive lineman Marcell Dareus from Alabama, defensive lineman  Antoine Carter from Auburn, and linebacker Jelani Jenkins from Florida.