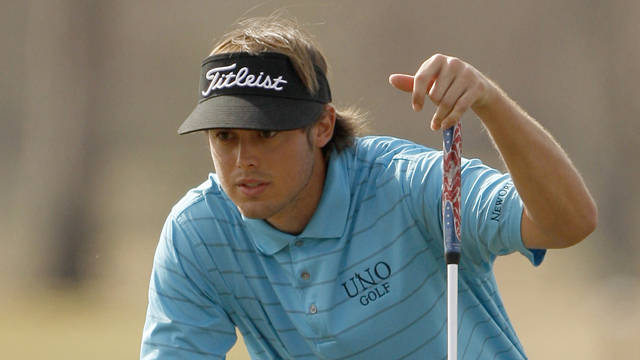 BATON ROUGE – While the nationally-ranked LSU men’s golf team is preparing for a berth into NCAA Regional play in the coming weeks, the Tigers solidified their lineup for the 2010-11 campaign on Friday with the announcement that transfer Ken Looper will join the program following a brilliant three-year career at the University of New Orleans.

Looper will compete for the Tigers as a senior next season after establishing himself as one of the nation’s premier players in three outstanding seasons with the Privateers.

Looper adds to an impressive recruiting class for the Tigers that also includes the likes of four prep standouts who rank among the top 50 recruits in the country for the Class of 2010 according to Golfweek. That includes No. 26 Smylie Kaufman (Birmingham, Ala.), No. 28 Andrew Presley (Fort Worth, Texas), No. 33 Franco Castro (Alpharetta, Ga.) and No. 47 Landon Lyons (Baton Rouge).

“We are excited about Ken joining our golf program for his senior season here at LSU,” said LSU head coach Chuck Winstead. “He’s had tremendous success both on the course and in the classroom during his time at UNO, and we’re looking forward to him finishing his collegiate career as an LSU Tiger.”

Looper put an end to his 2010 regular season this week by tying for 12th place at the Sun Belt Conference Championships on Wednesday and earning All-Sun Belt Conference honors on Thursday. He is currently ranked No. 104 in the latest Golfweek ranking of the top college golfers in the country for 2010.

It is expected that Looper will earn an individual berth into NCAA Regional play for the second season in a row after tying for 12th place individually at the NCAA Southwest Regional in Austin, Texas, in 2009.

A product of Fontainebleau High School in Mandeville, La., Looper captured three individual tournament titles and nine Top 10 finishes in three seasons at UNO while leading the Privateers with scoring averages of 72.66 as a sophomore in 2008-09 and 72.73 as a junior in 2009-10.

Looper earned a pair of tournament titles during his sophomore season a season ago with wins at the Sam Hall Intercollegiate at Hattiesburg Country Club in Hattiesburg, Miss., and the UNO Mardi Gras Invitational at the TPC of Louisiana in Avondale. His 54-hole tournament score of 2-under par 214 at the UNO Mardi Gras Invitational was a season low for the 2008-09 campaign.

Looper won his first career individual championship as a freshman with a victory at the Texas Cup hosted by the University of Texas at the UT Golf Club in Austin.

He has posted a career-low round of 6-under 65 in the second round of the Sam Hall Intercollegiate in the Privateers’ 2009-10 season opener earlier this fall. He also owns a career-low 54-hole tournament score of 6-under par 210, which he recorded at the Arkansas State Indian Class at Sage Meadows Golf Course in Jonesboro, Ark., during his breakout sophomore season.

In addition, Looper finished runner-up to LSU’s First-Team All-SEC performer and All-America hopeful Andrew Loupe at the 2009 Louisiana State Amateur Championship held last summer at English Turn Golf and Country Club in New Orleans. He fired an 11-under par 205 for three rounds, including the best score of the tourney at 6-under 66 in the second round, but fell to Loupe in a sudden death playoff.