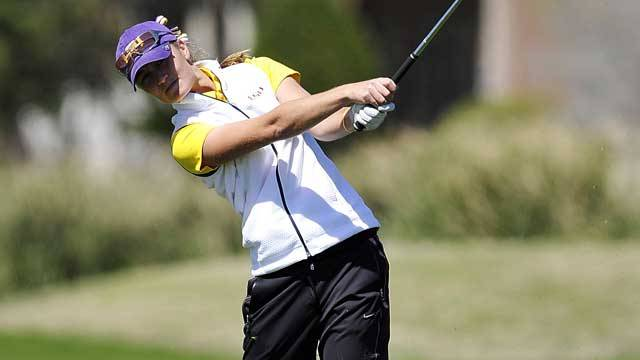 McChrystal was second team in 2008 as a freshman and this will be the second straight year she has earned first-team all-league honors.  She becomes the first LSU women’s golfer to have back-to-back first team selections since Meredith Duncan did it three straight in 2000, 2001 and 2002.

Both McChrystal and Teachman averaged 73.2 for the season entering play in the NCAA West Regional on May 6-8 at Stanford. Both had three top 10s, with McChrystal scoring the third win of her career at the Tiger-Wave Golf Classic at English Turn in New Orleans when she posted rounds of 72-72-69 to shoot a three-under par 213. McChrystal is coming off a tie for 10th in the Southeastern Conference women’s championships with an even par 213, shooting 72-72-69 on the par 71 course in Tuscaloosa.

Teachman’s best finish also came at the Tiger-Wave Golf Classic when she finished fifth at four-over 220 (70-75-75). She also was in the top 10 at five-under 139 when she tied for seventh at the Mason Rudolph Championship and tied for 10th at the Kinderlou Forest Challenge.

This marks the first time the women’s golf team at LSU has had two players in the All-SEC list since placing three on the 2005 team.