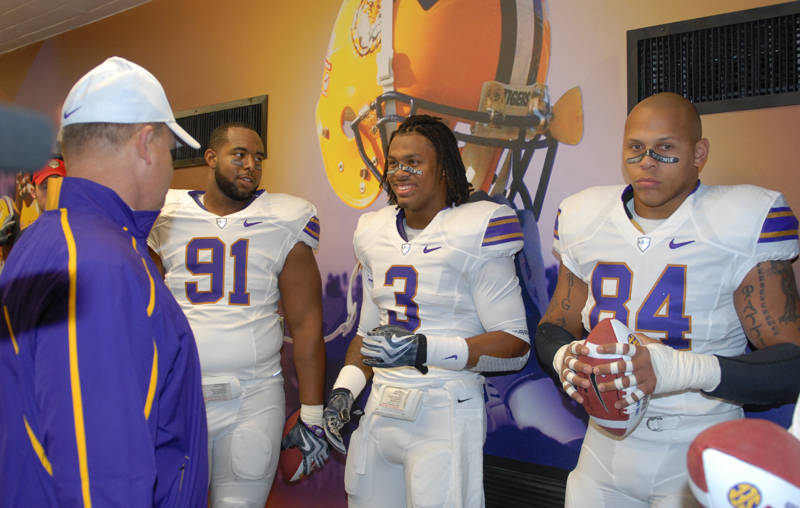 BATON ROUGE – Eight LSU football players have signed free agent contracts with the NFL, running the number of players from the 2009 team now on a pro football roster to 14.

In addition, wide receiver Chris Mitchell has been granted an opportunity to tryout for a roster spot for the New Orleans Saints.

The only three scholarship seniors from the 2009 LSU squad who have yet to sign an NFL contract are offensive tackle Ciron Black, wide receiver R.J. Jackson and Mitchell. Black is expected to sign with a franchise any day.

Of LSU’s 17 scholarship seniors in 2009, 14 have either been drafted or signed as a free agent with an NFL team.

Since taking over the LSU program in 2005, head coach Les Miles has seen 31 Tigers selected in the NFL Draft. Last year, LSU had a school-record 48 players on NFL rosters.