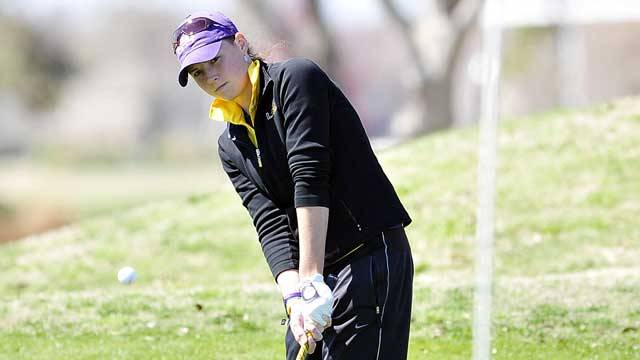 BATON ROUGE — For the 16th time in the last 18 years, the LSU women’s golf team was selected for a spot in the NCAA Regional Tournaments that will advance teams to the NCAA Division I Championship Tournament.

LSU was seeded seventh in the 24-team West Regional to be held May 6-8 at the Stanford Golf Course on the University of Stanford campus.

There are three regional sites including at Stanford with 24 teams assigned to each regional. The top eight teams from each regional earn an invite to the NCAA Division I Championships set for The Landfall course in Wilmington, N.C., May 18-21.

The No. 1 seed in the West regional is the No. 1 team in the Golfstat Performance rankings, UCLA, with SEC Champion Alabama (6th-ranked in Golfstat), the No. 2 seed. Arizona (7) is seeded third, followed by Ohio State (12), Virginia (13) and Stanford (15) rounding out the top six ahead of LSU, which is ranked 19th in the country.

“We are excited to go West again,” said LSU Coach Karen Bahnsen, who was thinking her team might go East to Greenville, S.C., or to the Central Regional in Columbus, Ind. “Surprised, but excited.  The girls are excited about it. I think we feel comfortable with that.”

Last year in the West Regional at Tempe, Ariz., LSU finished third and easily advanced to the NCAA Championships where the Lady Tigers finished 12th.

The par-71 Stanford course was designed in 1930 by William Bell and George Thomas, Jr., and is located in the foothills above the Stanford campus and has hosted numerous Pac-10 and NCAA championships and a former Champions Tour event, The Gathering at the Farm.

“It’s a really great golf course. I have been there before,” said Bahnsen. “I like it a lot. It’s also a site where we will play next season in the Pac-10-SEC Challenge tournament so we are excited that the girls are going to play the course before that.”

Bahnsen also announced that her lineup for the event will be Megan McChrystal, Tessa Teachman, Jacqueline Hedwall and Amalie Valle with junior Nicole Crochet from Harahan, La., stepping into the lineup for freshman Mary Michael Maggio. Maggio, who played in the last two events, is continuing to work her way back from shoulder surgery between the fall and spring semesters.

“Nicole is an upper classman and she is ready for the challenge. She is excited about the opportunity and we have a lot of confidence in her that she can do it,” Bahnsen said.

In all, 10 SEC women’s golf teams advanced to regional play.