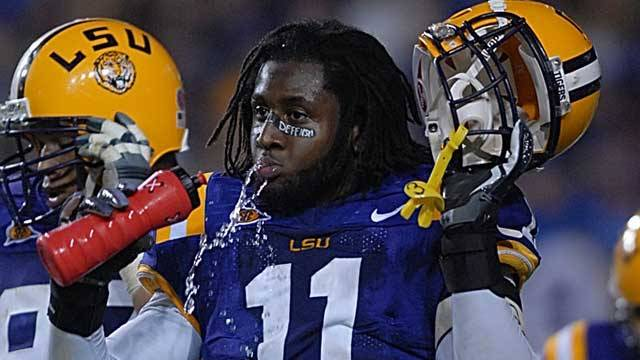 NEWPORT BEACH, Calif. — LSU is one of six schools in the nation who have placed two players on the 2010 Lott Trophy Watch List as linebacker Kelvin Sheppard and cornerback Patrick Peterson made the list, The Pacific Club IMPACT Foundation has announced.

The Lott Trophy is given to a player who exhibits the same characteristics Hall of Famer Ronnie Lott embodied during his distinguished career: Integrity, Maturity, Performance, Academics, Community and Tenacity.

Voters for the award include selected members of the national media, previous finalists, members of the Pacific Club IMPACT Foundation Board of Directors and distinguished alumni of various schools around the nation. The winner, who will be announced at the annual black-tie gala in December, receives $25,000 for his school’s general scholarship fund.  Three runner-ups each receive $5,000.

LSU All-American Glenn Dorsey won the honor in 2007. TCU’s Jerry Hughes was the recipient in 2009. A total of 42 players are on the 2010 watch list with six schools — UCLA, North Carolina, Ohio State, Oregon, LSU and Virginia Tech — each having two candidates.

Peterson, a 2009 Sporting News Second-Team All-American, ranked third in the Southeastern Conference with 15 passes defended as a sophomore. The Pompano Beach, Fla., native started all 13 games for LSU while registering 52 tackles and two interceptions. Peterson was a second-team All-Southeastern Conference selection by the Associated Press and league coaches.

Sheppard, a native of Stone Mountain, Ga., led LSU in tackles with 110 and ranked third in the SEC in that category. Sheppard added 8.5 tackles for loss, one sack and one interception while starting 12 games at linebacker. The 110 tackles were the most by an LSU player since Bradie James recorded a single-season school record 154 tackles in 2002.

LSU opens the 2010 season in the Chick-fil-A College Kickoff against North Carolina at 7 p.m. CT on Sept. 4 in Atlanta. The game will be televised nationally on ABC from the Georgia Dome.