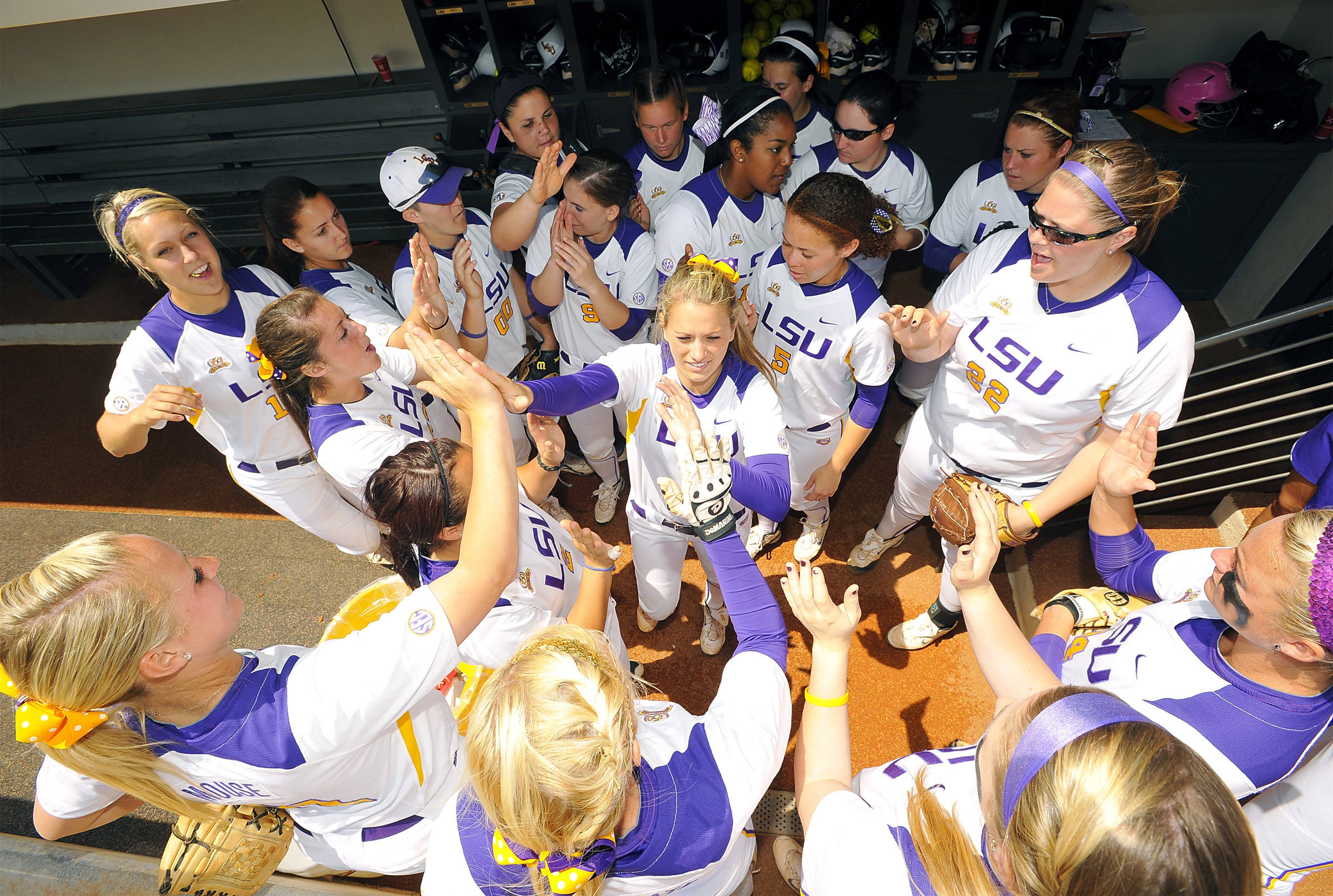 Ashley Langoni, LF, So., Pueblo, Colorado
Langoni provided the late-inning heroics as LSU swept Arkansas for the third time during the last four seasons and increased its lead over the Razorbacks in the SEC Western Division standings. Five of her six hits produced eight RBIs on a .419 hitting clip for the week. Langoni belted a two-run homer during the fifth inning to break a 2-2 tie in the Arkansas series opener. She added a walkoff double in the 10th inning of game two. The Colorado native opened the week and matched a career-best four RBIs at Nicholls State.

Rachele Fico, P, Fr., Oxford, Conn.
Fico compiled a 2-0 week with a save and tossed 12.1 frames of shutout relief as LSU went 4-0 highlighted by a sweep of Arkansas to strengthen its grasp of second place in the SEC Western Division. She racked up 14 strikeouts and limited opponents to a .150 batting average in three appearances. Fico entered the middle game of the Arkansas series with the bases loaded and one out in the third inning. She fired back-to-back strikeouts to hold the LSU deficit at 2-0 and sat down the final 12 batters she faced, four via the strikeout, as the Tigers rallied for a dramatic 3-2 10-inning triumph. The Connecticut native capped her week with two more scoreless frames aided by a pair of seventh inning strikeouts and LSU emerged with another 3-2 victory. Fico picked up her fourth save of the season to match a LSU single-season program record held by three-time All-American Britni Sneed and Sarah KnifeChief.

Notes on the Tigers
LSU continued its winning ways and emerged with a sweep of Arkansas as the Tigers celebrated Senior Weekend. The Tigers have now won 25 consecutive games at home dating back to February 20 and stayed within one game of Alabama in the SEC Western Division race. Ashley Langoni provided a double shot of late-inning heroics to open the series against the Razorbacks. She ripped a two-run home run to break a 2-2 tie in the fifth inning of game one and followed with a walkoff double in the 10th inning during the second game. Ashley Applegate and Allison Falcon took their turn and provided back-to-back clutch RBI-singles of their own to hand LSU a 3-1 advantage in the fifth inning of the series finale. Rachele Fico picked up two wins and a save in the circle. She tossed 12.1 shutout innings and racked up 14 strikeouts over three appearances. Her best outing came during the middle game of the series where she recorded nine Ks and sat down the final 12 batters she faced to allow LSU to turn the tables on 2-0 deficit. Cody Trahan picked up two wins and fired a complete game in the Arkansas series opener. The Tigers close out the non-conference portion of their schedule Wednesday against McNeese State before heading to Kentucky for a weekend series.