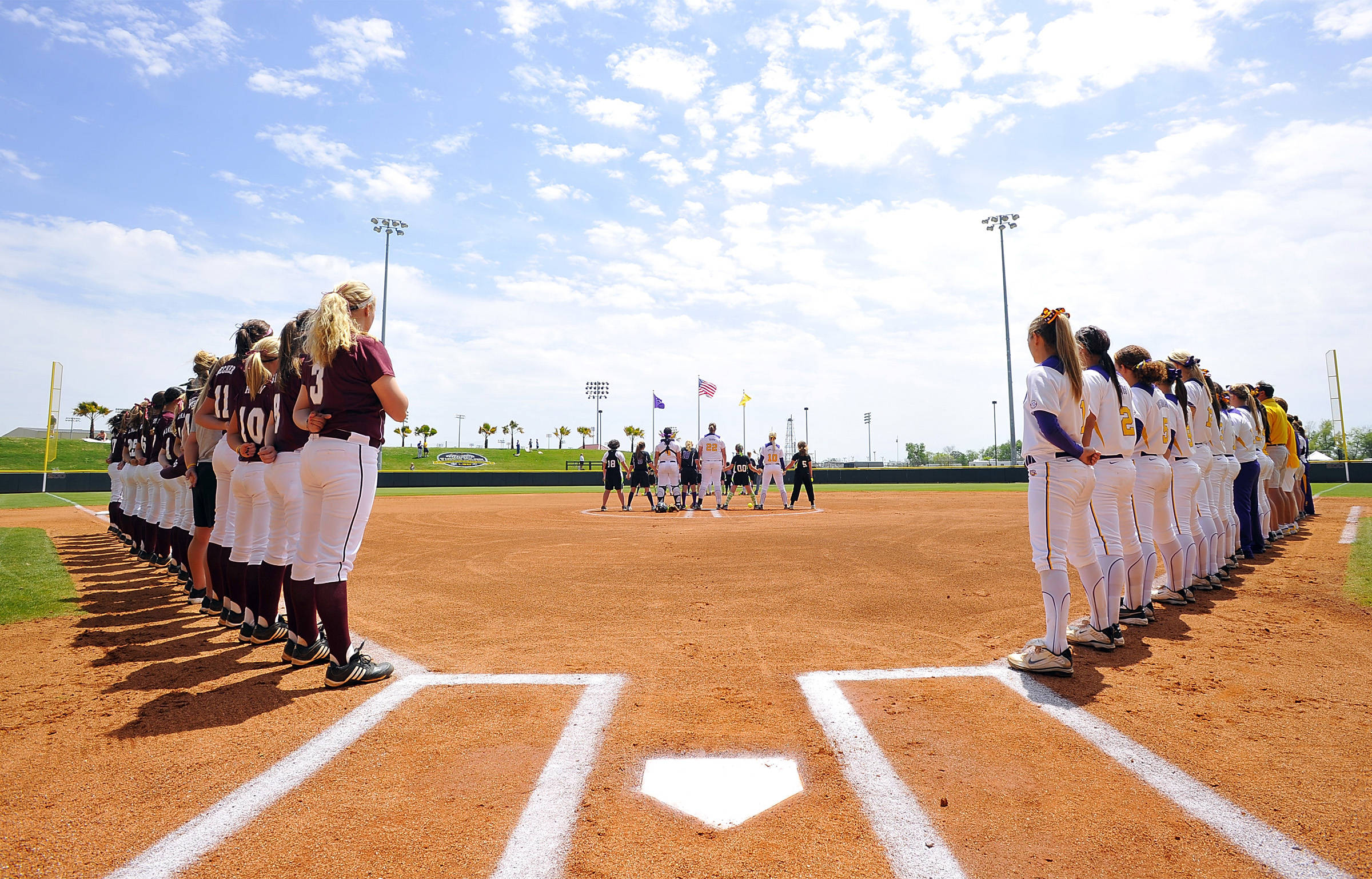 BATON ROUGE – The No. 15 LSU softball team celebrates its 2010 Senior Class as Arkansas visits Tiger Park for a weekend series. Both Saturday’s doubleheader and Sunday’s single game are scheduled for a 1 p.m. start.

“It’s a little earlier than normal, but we wanted to make sure that our seniors had their own weekend,” head coach Yvette Girouard said. “Rachel, Kirsten and Cody have meant a lot to Tiger softball and are going to be awfully hard to replace when the time comes. All three have brought leadership and stability to our program. They’ve also had to battle injuries during their careers, and have always worked hard to represent LSU the right way both on and off the field.”

The Tigers are coming off a 15-2 rout of Nicholls State where Mitchell, Shortridge and Ashley Langoni combined for 10 RBIs. The 15 runs also marked the highest output for LSU since a 19-run effort against Texas Southern during the 2006 season.

Shortridge continues to pace the Tigers with a .411 batting average on 60 hits. She also has tallied 20 multi-hit efforts and recorded a 36-for-39 clip in the stolen base department.

Mitchell has racked up eight RBIs over her last five games to surge into a 10th place tie in the SEC rankings, while Langoni matched a career-best four RBIs against Nicholls.

Ashley Applegate has strung together hits in three consecutive games to break a 0-for-15 slump and boost her average back to .304 in addition to her team-high 25 walks. Anissa Young also has contributed six homers and 32 RBIs and Jessica Mouse has notched 20 RBIs from the bottom of the lineup.

“We had some quality at-bats and I thought we hit the ball hard against Nicholls,” Girouard said. “We did a lot of excellent things, and we’ll have to continue to grind out at-bats to be successful this weekend. I’ve really stressed with the players how important it is to have a positive effect on an inning and not have any throw at-bats.”

Rachele Fico has recorded a 13-4 mark over her 100.0 innings of work. She has totaled 104 strikeouts and limited her opponents to a staff-low .176 batting average.

Cody Trahan and Brittany Mack are 9-2 and 8-2, respectively. Trahan has come away with 85 strikeouts against 12 walks. She has surrendered only 53 hits during her 80.0 frames. The trio is ranked among the SEC’s Top 4 in ERA.

“For a majority of the season, I thought our pitchers have executed the gameplan given to them,” Girouard said. “They’ve held some very good opponents down. Rachele continues to learn and had a quality bullpen session before practice today. She understands that her game needs to expand and continues to get better with each week that passes.”

Arkansas (24-18, 8-8 SEC) is sparked by Jessica Bachkora, who has compiled a .393 batting average to go along with 27 RBIs from the leadoff spot. Her 13 home runs also rank second in the SEC. Sandra Smith checks in with a .333 hitting clip and has drove home a team-high 42 RBIs. In the circle, Hope McLemore and Layne McGuirt have combined for 19 of the staff’s 24 wins.

“Their first-year coach, Mike Larabee and his staff, has brought energy into that program,” Girouard said. “We have to be careful because they have some quality players that can hit the ball out of the ballpark. They certainly got our attention with their two wins in Athens a few weeks back.”

All three games of the Arkansas series will be broadcasted live on ESPN 104.5 and The X 104.9 FM in the Baton Rouge area with Patrick Wright and Jeff Palermo set to call all the action.

Saturday’s games also will be televised on CST with Lyn Rollins and Cheri Kempf. Live stats for every pitch are available on LSUsports.net along with in-game updates via www.twitter.com/lsu_softball.

The annual “Bark in the Park” event highlights Saturday’s festivities with a “Pooch Parade” scheduled for in between games. There will be dog-themed contests and prize packs throughout both games of the doubleheader. All dogs must stay on a leash in designated areas on the concourse. No dogs will be permitted to go into the seating areas. There will be a “Canine Cabana” located on the third base side.

Fans have the opportunity to play “Bingo on the Berm” during Saturday’s doubleheader for special LSU softball prize packs, while fans can keep all foul balls hit during Sunday’s series finale courtesy of the Tiger softball team.