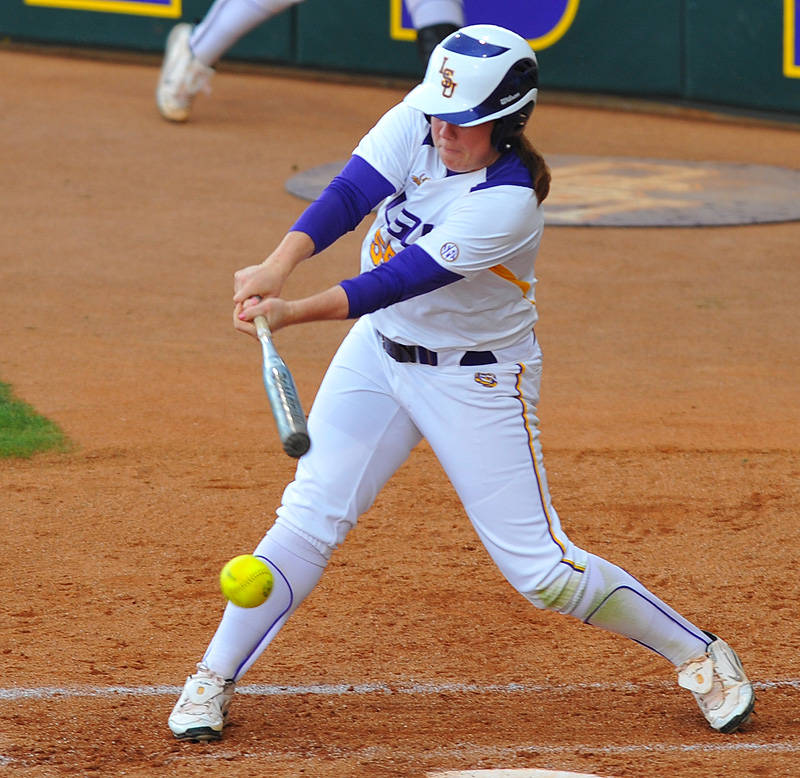 A senior outfielder for the Tigers, Mitchell posted hits in four of five games, including all three games of LSU’s sweep over Mississippi State. Mitchell batted .462 with one home run and five RBIs. She also drew five walks en route to a .611 on-base percentage. The LaPorte, Texas product opened her week by driving home all three runs of LSU’s 4-3 game two setback at Alabama. Her two-run homer allowed her to move into a second place tie on LSU’s career list. She also added a pair of RBIs during the series against Mississippi State.

A junior pitcher for the Lady Techsters, Krieg was a perfect 3-0 en route to WAC Pitcher of the Week for the second straight week. She tallied a trio of complete game victories and limited opponents to a miniscule .187 batting average over 21.0 innings of work. During Tech’s 2-1 win over New Mexico State to open the series, Krieg secured her 500th career strikeout to become only the sixth player in program history to reach that feat. She also is one of only two Tech pitchers to record multiple 200 Ks seasons.

It’s the third weekly award for Mitchell and second for Krieg from the LSWA. It marked the second straight week Krieg has won the honor. LSU’s Cody Trahan recorded back-to-back LSWA Pitcher of the Week accolades last season.